Experts in Yemen: US overreacted to terror threat

SANA'A – Yemen has long been seen as a hospitable destination for terrorist organizations especially al-Qaeda in the Arabian Peninsula (AQAP), Yemen’s branch of the global terror network. Earlier this month, several European countries as well as the US, temporarily shut their embassies in Yemen, fearing that an AQAP attack was imminent. In all, the US shut 21 embassies and consulates in mostly Muslim countries.

In Yemen, all of those embassies have since reopened, although the US Embassy is offering only “limited services” according to the State Department. Experts here say they believe the international community, especially the US, overreacted to the perceived threat of an attack.

They say the US has been burned by the terrorist attack on the consulate in Benghazi just under a year ago, when armed gunmen killed four people, including US Ambassador J. Christopher Stevens.

"I think the American administration took such extreme precautionary measures to avert any possibility of a repetition of the Libyan scenario, for which it came under fierce Republican criticism. It appears it's still haunted by that incident," a senior official from the Yemeni Interior Ministry told The Media Line, speaking on condition of anonymity. The embassies' closure followed a warning of imminent attacks issued by the US after it intercepted communications between al-Qaeda global leader Ayman al-Zawahiri and AQAP leader Nasser Al-Wahishi. That al-Qaeda message reportedly outlined one of the most serious plots against American and Western interests since the September 2001 attacks. It set off an alarm in Washington, prompting the US to close 19 embassies in the Middle East and Africa and issue a global travel warning urging Americans to stay out of targeted states. Yemen was cited as particularly dangerous. 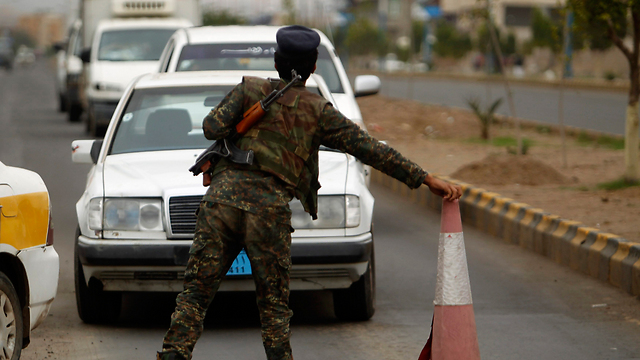 This led many observers and international media correspondents to assume that AQAP is stronger than ever and the threat against Western interests at its highest level ever. Yemeni officials and analysts disagree with this view, with some suggesting Washington overreacted to the perceived security threat.

The Yemeni Interior Ministry official said the security situation in the country has improved and AQAP is not as dangerous as it was in 2011 and early 2012, during which time the Western embassies remained open. Exploiting the turbulence nationwide as part of the Arab Spring: in 2011, which saw massive protests here demanding the resignation of then President Ali Abdullah Saleh, AQAP launched attacks on army and security posts in southern and southeastern provinces and seized control of key towns. Only with US backing did the Yemeni army recapture them and drive terrorists out of their strongholds. "AQAP is definitely weaker than it was in 2011…If the Americans think it's more dangerous, then they might see what we can't or are more knowledgeable than we are about the Yemeni security situation, which can't be true," the official said. He admitted, however, that al-Qaeda is still capable of launching terrorist attacks, and therefore "the security threat it poses remains as dangerous as ever." Yemeni experts and analysts agreed with the official and his claim that the US had overreacted this time. "Yes, there is a security threat emanating from al-Qaeda in Yemen, but the threat has been there for a long time, not just now," Saeed Obaid, an expert on the terror organization, told The Media Line. "I believe the American government had intelligence information that the militant group was plotting to target Western interests here, but it overreacted and exaggerated the perceived threat." He cited the temporary closure of American embassies in countries that had been secure until now, such as the United Arab Emirates, as examples. This move was aimed at justifying the American military presence and continuous drone attacks in Yemen, and rebuffing the increasing criticism against constant US violation of states' sovereignty, Obaid said. Chairman of the Abaad Studies and Research Center Abdusalam Mohammed shared Obaid's thinking, but also had his own take on the matter. "Closing the American embassies seems to be more a preventative and precautionary move rather than a procedural one. But regardless of whether Washington's perceptions of the security threat were accurate or not, I think there are two factors making the US and the West claim that AQAP is now more dangerous than ever," he told The Media Line. "First of all, the Democrats are using this approach to highlight the benefits of their 'drone strategy' in safeguarding Yemen's national security. Republicans criticize the use of drones, arguing it is illegal." "Secondly, what's happening in Egypt, the most populous Arab state, will most likely affect Yemen politically and regarding its security, as the remnant of the former Yemeni regime are encouraged now to find their way back to power here. This will create political conflict and give AQAP room to operate freely and enhance its influence and popularity," Mohammed added. Crucial to AQAP's terror activities is Yemen's coastline of about 1350 miles on the Red and Arabian seas, making it easier to receive weapons supplies, and practically impossible for the weak Yemeni government to control the smuggling. "Yemen's long coastline and large number of deserted islands help the terrorist group receive weapons, supplies and assistance from Somali-based terrorists easily," Muaad Al-Maqtari, chairman of the Bab al-Maandab Center for Studies, a Yemeni think tank focusing on maritime weapons smuggling and human trafficking, said. Only 3 of the 150 islands are populated, making them a terrorist haven, he told The Media Line. In 2012, the Somali embassy here admitted that hundreds of Somali terrorists were fighting the Yemeni troops alongside AQAP militants. The followed the Yemeni government's capture of some Somali nationals participating in the fighting. Al-Maqtari said the Somalis also have been helping in carrying out suicide attacks. Article written by Abdulrahman Shamlan