Obama under pressure to retaliate against Syria

The ball is in Obama's court: The Washington Post, one of the most influential publications in the United States, has posted a scathing editorial criticizing the Obama administration's handling of the Syria crisis in the wake of Wednesday's chemical attack and urging it to reconsider its response to violations of what it has repeatedly defined as a “red line.

The West still waits a response from the White House on the Security Council's decision to avoid an official investigation. On Wednesday, the US said it requested the UN to urgently investigate the allegation.

Meanwhile, France said on Thursday that the international community would need to respond with force if allegations that the Syrian government was responsible for a chemical attack on civilians proved true. 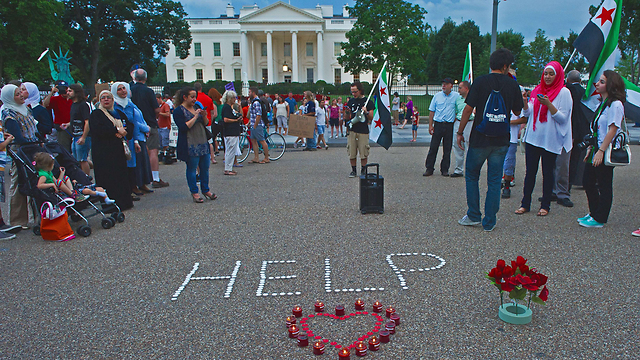 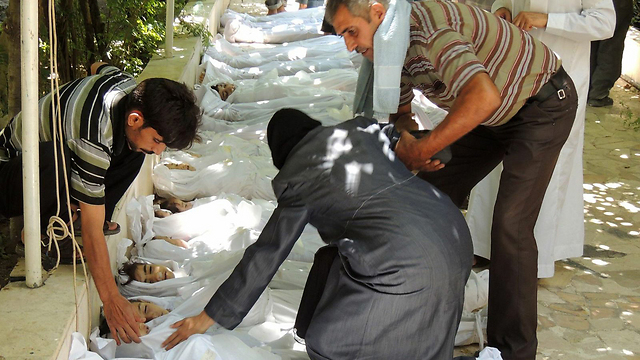 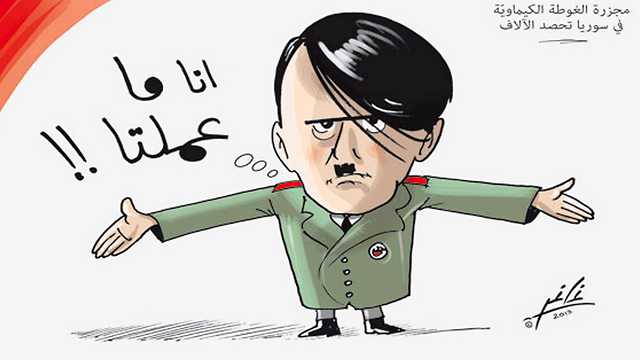 Lebanese cartoon: That I didn't do! 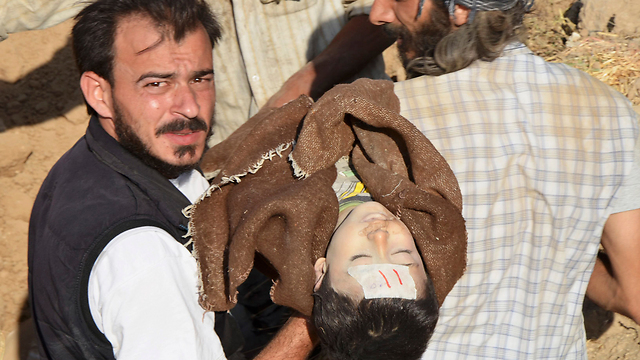 "There would have to be reaction with force in Syria from the international community, but there is no question of sending troops on the ground," French Foreign Minister Laurent Fabius told French television network BFM.

If the UN Security Council could not make a decision, one would have to be taken "in other ways," he said, without elaborating.

The Washington Post reiterated the sentiment, adding direct criticism against the Obama administration. "If the allegations of a massive new attack are confirmed, the weak measure adopted by President Obama in June — supplying small weapons to rebel forces — will have proved utterly inadequate," the editorial said.

"The United States should be using its own resources to determine, as quickly as possible, whether the opposition’s reports of large-scale use of gas against civilians are accurate. If they are, Mr. Obama should deliver on his vow not to tolerate such crimes — by ordering direct US retaliation against the Syrian military forces responsible and by adopting a plan to protect civilians in southern Syria with a no-fly zone."

The reasons behind the US inaction were revealed in a letter authored by the chairman of the joint chiefs of staff, General Martin Dempsey.

Dempsey does not believe the Syrian rebels would support US interests in case America helps them defeat Assad.

In an August 19 letter to Congressman Eliot Engel (D-N.Y.), Dempsey writes that the US military had the capability to destroy the Syrian air force and thus shift the balance of the two year old war in favor of the rebels. The General however doubts the reasonability of doing so.

The Britain-based Syrian Observatory for Human Rights said it had no word on casualties in the Thursday morning bombing of eastern Ghouta. It said Syrian warplanes conducted several air raids on eastern and western suburbs of Damascus, including three that took place within five minutes.