Abdul Salam Badr had no choice but to shave his beard to save himself from becoming a target in Egypt's crackdown on supporters of ousted Islamist president Mohamed Morsi.

In recent days, overt signs of piety have become all it takes to attract suspicion from security forces at Cairo checkpoints and vigilantes looking to attack Islamists.

"I was in a shared taxi headed to the morgue, transporting the body of my friend who was killed in the demonstrations," said Badr. "I was stopped by members of a vigilante group because I had a beard," added the 29-year-old, who said he was not loyal to any political organisation. "The only thing that saved me was the fact that I was transporting a dead body."

And so in a small, dusty salon, he shaved his facial hair, "because life has become safer without a beard." 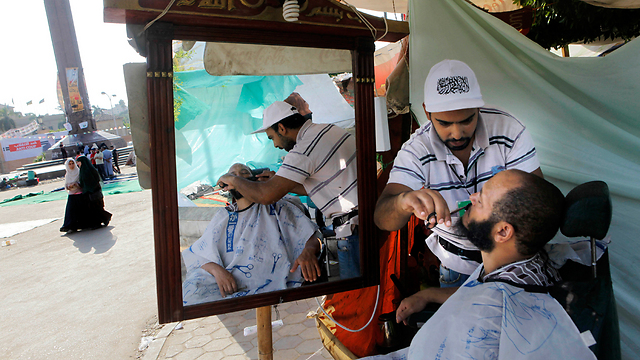 The ouster of Morsi, a member of the Muslim Brotherhood, has set off something of a witch hunt against those perceived as being his supporters.

The campaign has been fed by domestic media, which has broadcast around-the-clock images of bearded gunmen allegedly firing at security forces during demonstrations. One video, showing a bearded man with a jihadist flag attacking young men after they were thrown off the roof of an apartment block in Alexandria has exacerbated the frenzy.

Local media and the government have also loudly labelled the Muslim Brotherhood wholesale as "terrorists". 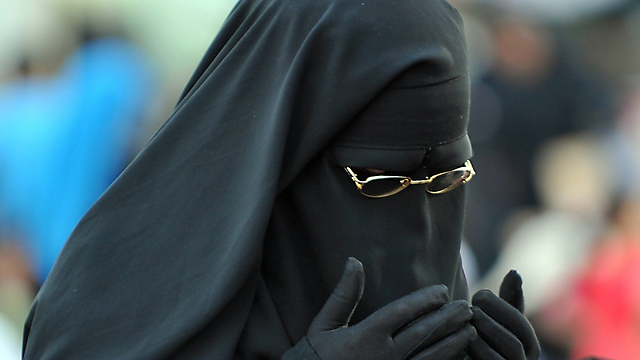 So-called "popular committees" – neighbourhood militias – have made life even worse, giving vigilantes the chance to wreak havoc, particularly in Cairo after a night-time curfew was implemented.

The beard and women's full-face veil, or niqab, are often characteristics of religious Muslims, but have become conflated with support for the Muslim Brotherhood. Certain Brotherhood leaders sought to promote the wearing of the face veil during Morsi's turbulent year-long presidency. But now such religious symbols have become a liability. "People who wear a beard are paying the price for those members of the Muslim Brotherhood and other Islamist groups who have resorted to violence" in recent days, said May Moujib, professor of political science at Cairo University. Those affected range from actual Brotherhood members to those who have no affiliation with the group but happen to sport a beard. One Western news photographer decided to shave his beard after being repeatedly accosted in the street and even threatened by Egyptians who mistook him for a member of the Muslim Brotherhood. A bearded taxi driver, meanwhile, admitted customers were increasingly reluctant to use his services. "This is possibly the beginning of a campaign to boycott bearded taxi drivers," he told AFP.

Mohammed Ibrahim, a pharmacist who also has a beard, has changed his route to work and the hours he keeps in order to avoid "tension with the popular committees." 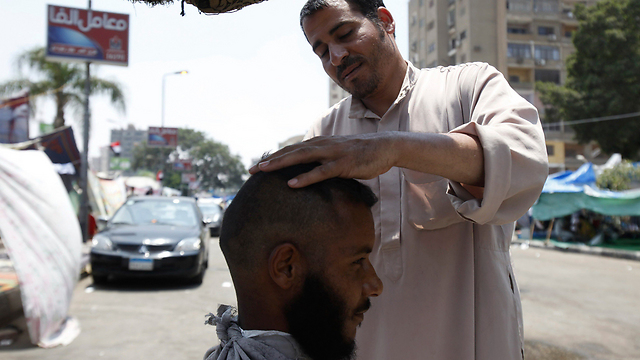 As the crackdown continues, reports have suggested that some preachers have even offered religious dispensation to the faithful who want to shave their beards to avoid being targeted.

"The hostility of the people is even worse than police harassment," said Mohamed Tolba, a Salafist Muslim. "We are observing a tenet of Islam, but we face the hatred of the population," said Tolba, who has recently launched an online comic to try to break frequently-held stereotypes of Salafist Muslims. "The targeting of those with beards is deplorable behaviour which threatens peaceful coexistence between Egyptians," warned Nivine Messad, another political science professor at Cairo University. "It is a bad sign for the future, and an indication of the divisions between Egyptians," she said. "Cooler heads must step in to put an end to the violence and incitement."