Egypt reopened its border crossing with the Gaza Strip on Saturday after four days of it being closed, allowing stranded passengers to cross in and out of the Palestinian territory that is controlled by the Islamist Hamas group.

Hamas, an offshoot of the Muslim Brotherhood, has ruled Gaza since 2007 and has an uneasy relationship with Egypt's new army-backed leadership, which toppled the elected Islamist president, Mohamed Morsi, a Hamas ally, last month.

Thousands of Palestinians, including students and patients seeking medical treatment, have been unable to travel to Egypt since the Rafah border crossing was shut and hundreds wanting to return home have been stranded outside the Gaza Strip. 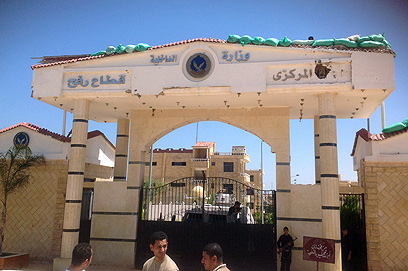 Israel cites security concerns and allows only a small number of Gazans through its land crossing with the territory, mainly for medical treatment, making Rafah the only window to the outside world for most of the enclave's 1.7 million people.

Maher Abu Sabha, the Hamas-appointed director of crossing, said Egyptian authorities were opening the Rafah passengers for only a few hours a day. He said travelers needing medical care abroad and others with time constraints would get priority.

Hamas officials have complained that Egypt has limited the number of passengers from 1,200 a day to only 300 since July 3 when the Egyptian military dismissed Morsi, following mass protests against his rule.

Egyptian officials have accused Hamas of aiding the Muslim Brotherhood in the Sinai peninsula and say the slow operation of Rafah crossing is linked to poor security conditions in the Sinai, where Egypt is fighting radical Islamist militants.