Aya, 8, fled to Lebanon after her family's home in Syria was ruined. She has not gone to school in 2 years, says she misses Syria, family. Some 1,000,000 refugee children escaped Syria, one of them shares her story

Two and a half years after the beginning of the Syrian civil war, the United Nations High Commissioner for Refugees (UNHCR) reported Friday that more than one million children have fled the bleeding country.

According to the estimates, nearly two million people are documented as refugees from Syria, and according to the UN, about half of those are children. The UN figures further revealed that some 740,000 of those children are under the age of 11, and some 3,500 Syrian children have reached Lebanon, Jordan and Iraq without their parents.

The UN's refugee agency and the United Nations Children's Fund (UNICEF) further reported that about 7,000 children were killed on Syrian soil. "This one millionth child refugee is not just another number," said UNICEF's Executive Director Anthony Lake. "This is a real child ripped from home, maybe even from a family, facing horrors we can only begin to comprehend."

Aya, eight, is one of a million. She was forced to escape to Lebanon in 2011 together with her family after their home in Syria was bombed. "I remember we cried a lot," she said. Today, Aya and her relatives are residing in an unofficial camp together with more than 1,000 other refugees in Lebanon, surrounded by fields of tomatoes, peppers and carrots. "I miss Syria, and I miss my uncles." 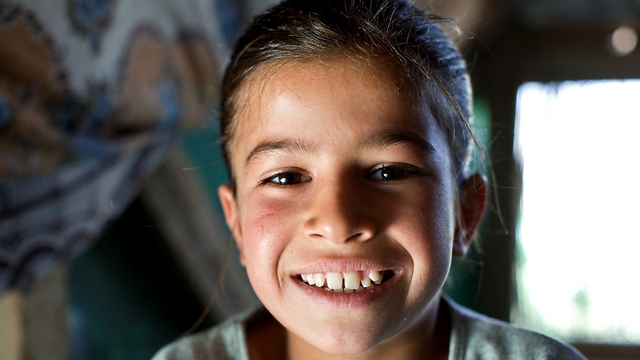 Aya went to school only number of times in last 2 years. Only about 50 refugees from her camp regularly go to school (Photo: UNHCR/S.Baldwin) 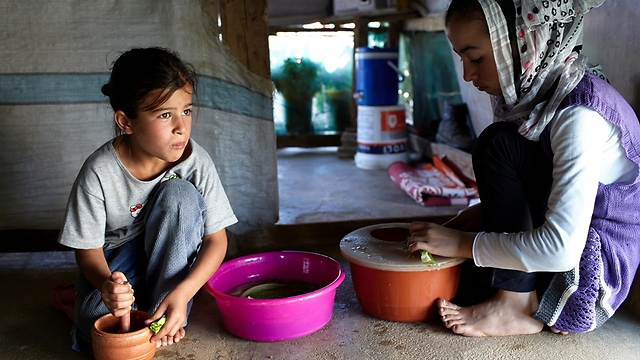 Helping out her older sister to make dinner during Ramadan (Photo: UNHCR/S.Baldwin) 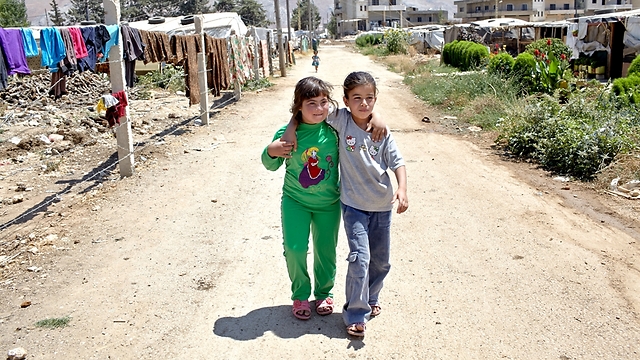 Aya returns home with sister, who is her best friend (Photo: UNHCR/S.Baldwin)

Aya, who is curious to learn anything, has not gone to school in two years. She dreams of one day becoming a pediatrician. "I will give treatment to all kids, and never ask for anything in return. I will give them prescriptions and injections," she told UNHCR representatives.

Her father is sick and unemployed, and cannot afford the monthly payment of $20 for the bus ride to the nearest school. While her brothers work at the agricultural fields to earn some money, Aya stays in to nurse her disabled 11-year-old sister. Aya's family says she is tough, but her radiant personality is "infectious". 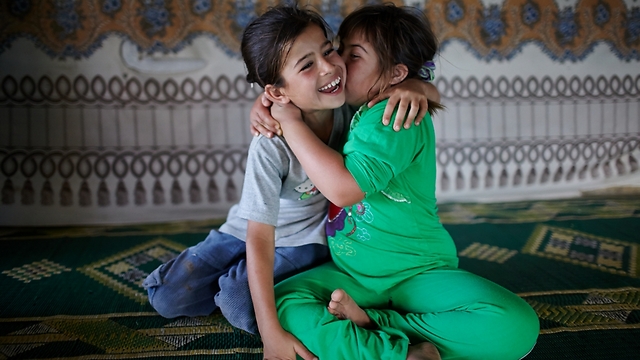 She teaches her disabled sister how to go to bathroom, wash hands, get dressed by herself (Photo: UNHCR/S.Baldwin) 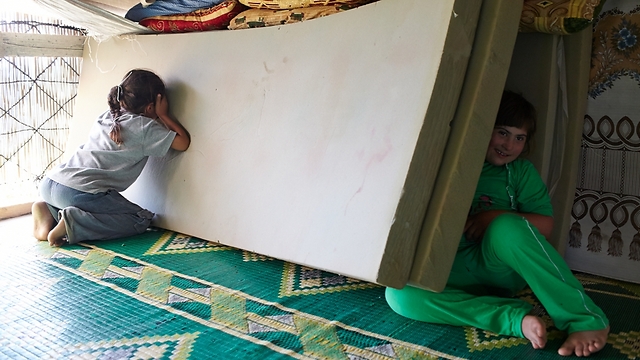 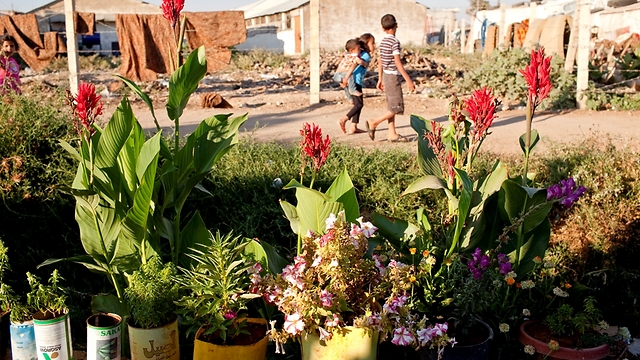 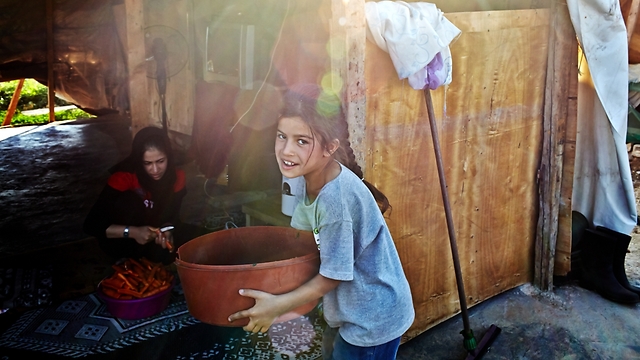 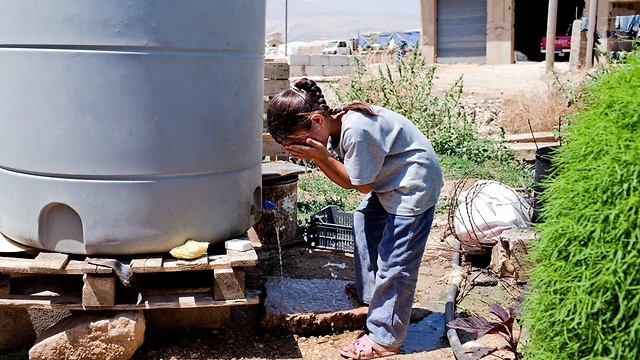 Washes face with water from large container outside their home. Refugees get drinking water from local water source (Photo: UNHCR/S.Baldwin) 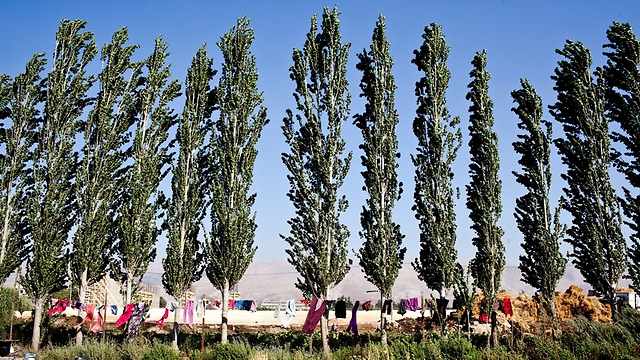 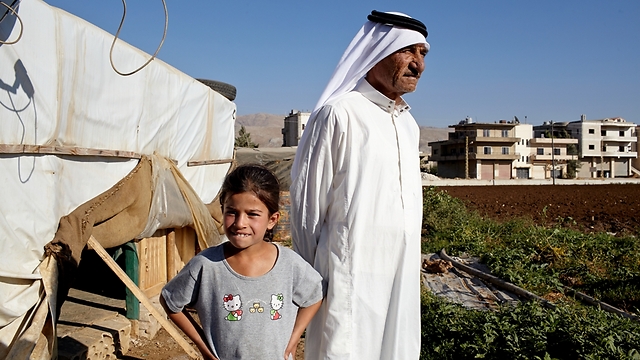 Aya is only one of a million. These are the photos and stories of other refugee children, seeking for food, shelter, and a break from two and a half years of a brutal and bloody civil war. These are a few of their stories. 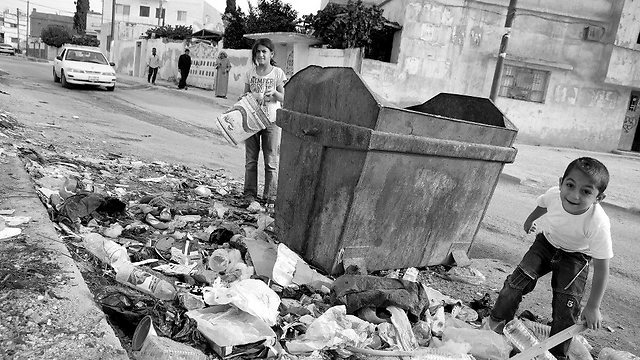 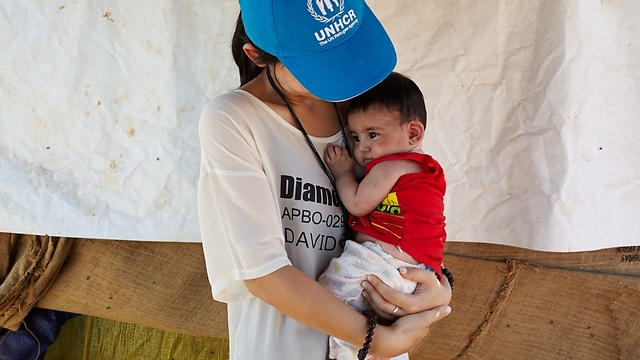 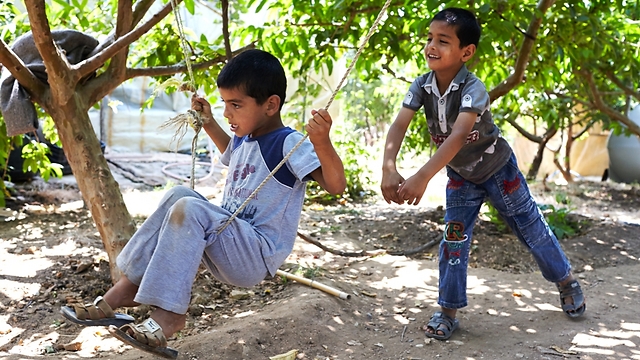 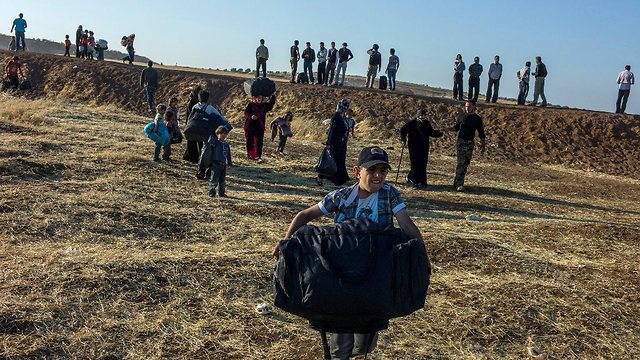 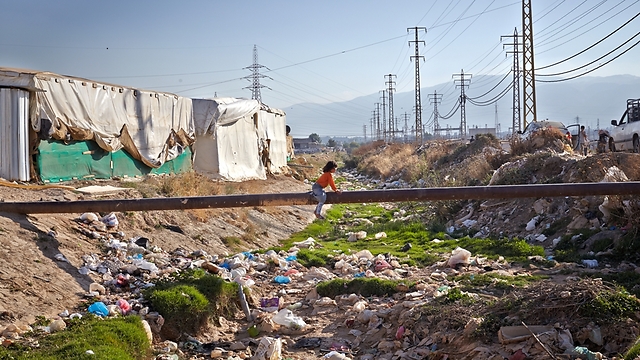