President Barack Obama and his top military and national security advisers hashed out options on Saturday for responding to the alleged use of chemical weapons in Syria amid "increasing signs" that the government used poison gas against civilians.

Obama spoke with British Prime Minister David Cameron, a top US ally, and agreed that chemical weapon use by Syrian President Syrian President Bashar Assad's forces would merit a "serious response," a spokesperson for the prime minister said in a statement.

Syrian opposition accounts that between 500 and well over 1,000 civilians were killed this week by gas in munitions fired by pro-government forces, and video footage of victims' bodies, have stoked demands abroad for a robust, US-led response after 2 1/2 years of international inaction on Syria's conflict.

Syria sought to avert blame by saying its soldiers had found chemical weapons in rebel tunnels. US Secretary of State John Kerry called his Syrian counterpart on Thursday to chide the government for not allowing UN inspectors access to the site.

Obama has been reluctant to intervene in Syria's civil war, but reports of the killings near Damascus have put pressure on the White House to make good on the president's comment a year ago that chemical weapons would be a "red line" for the United States. 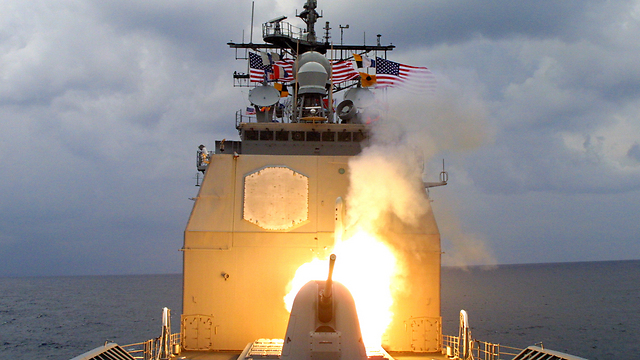 The United States is repositioning naval forces in the Mediterranean to give Obama the option for an armed strike.

"President Obama has asked the Defense Department to prepare options for all contingencies," US Defense Secretary Chuck Hagel told reporters in Malaysia as he began a week-long trip to Asia.

"We have done that and we are prepared to exercise whatever option - if he decides to employ one of those options."

The White House declined to list what options were discussed on Saturday and said Washington was still gathering details about the attack.

"In coordination with international partners and mindful of the dozens of contemporaneous witness accounts and record of the symptoms of those killed, the US intelligence community continues to gather facts to ascertain what occurred," it said in a statement.

American and European security sources have said US and allied intelligence agencies made a preliminary assessment that chemical weapons were used by Syrian forces in the attack. The United Nations has requested access to the site. 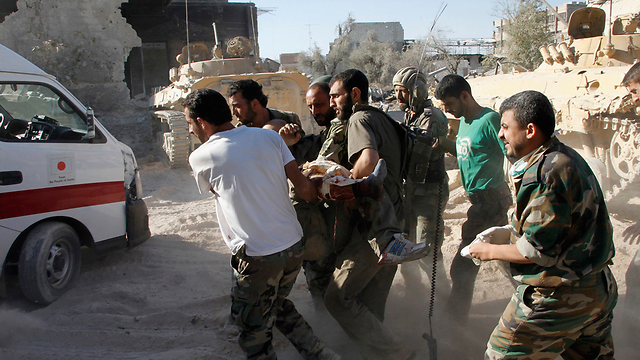 "They are both gravely concerned by the attack that took place in Damascus on Wednesday and the increasing signs that this was a significant chemical weapons attack carried out by the Syrian regime against its own people," the spokesperson said.

The list of participants in the White House meeting underscored its importance. They included Vice President Joe Biden, national security adviser Susan Rice, CIA Director John Brennan, Chairman of the Joint Chiefs of Staff Martin Dempsey, and Samantha Power, the US representative to the United Nations.

Aides said Kerry, who is on vacation in Massachusetts, and Hagel both participated remotely.

"I wouldn't go any further than that until we have more intelligence, based on facts," he said.

Administration officials were cautious in describing the content of the discussions and warned against expectations of a decision on Saturday. 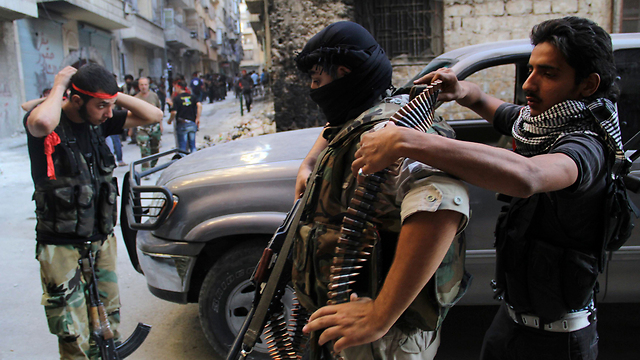 "We have a range of options available, and we are going to act very deliberately so that we're making decisions consistent with our national interest as well as our assessment of what can advance our objectives in Syria," a White House official said before the meeting.

"Once we ascertain the facts, the president will make an informed decision about how to respond," a White House official said.

A defense official, speaking on condition of anonymity, said the US Navy would expand its presence in the Mediterranean to four destroyers from three.

Iranian President Hassan Rohani weighed in on the issue for the first time, saying chemical weapons had killed people in Syria, its ally. Although Rohani stopped short of saying who he thought had used the weapons, Iran's Foreign Ministry said evidence pointed to rebels fighting Syrian President Bashar Assad.

The US Central Command and the Jordanian armed forces were planning to host a meeting of regional defense chiefs from Sunday to Tuesday in Jordan. The group will discuss "the region's dynamic security environment." The meeting was scheduled in June and not called in response to the recent attacks in Syria, a Pentagon spokesman said.