Meet Peleg Cohen, 30, world traveler who has been to nearly 100 countries. Without proper job or property, Peleg 'lives his dream', traveling entire planet on his own for past eight years

I'm 30 and I'm a nomad. I've never held a job or had a home, I've never studied and I don't own a car. Every week I meet dozens of people I have never seen before and I have friends in every corner of the world.

My backpack weighs 13 kg (28 lbs), and once I had a tent, but I lost it after taking very potent African mushrooms. I love photography and getting acquainted with new cultures. I have no property or money – but I'm happy.

It all started a little more than eight years ago. After three years in Golani, like all Israelis who complete their army service, I traveled to the Far East. I landed in Bangkok and from there went straight to Thailand's magical islands, which seemed to me at the time like heaven on earth.

Day in and day out I would sit on the white sands basking in the sun, then lunch and a massage. At nights I would party, drink and dance on the shore, meet beautiful women and – if lady luck was on my side – go with them back to my bungalow. The day after, I'd wake up with a headache, and begin the cycle again.

After two months of doing nothing else, I felt empty, so I decided to fly to Nepal – a quiet and spiritual place – and then I moved to New Zealand and Australia, where I saw beautiful cliffs and beautiful women and danced with thousands of people. 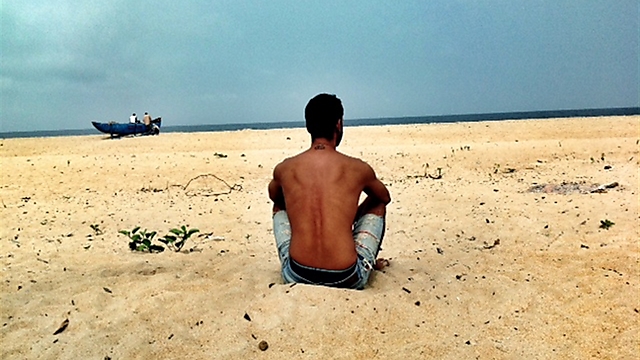 No money or property, but happy. Peleg Cohen in Liberia (Photo: Peleg Cohen)

I was in the East for a few more months before I landed back in the Holy Land. As soon as I returned, the Second Lebanon War began, and I was whisked away for reserve service, and within days I found myself lying on the roof of a ruined house in Lebanon. As soon as the war was over, I packed my bag, hugged my mom and left Israel without knowing if and when I would return.

I traveled in North America and then the Caribbeans. Afterwards I moved onto Mexico and then crossed the entire continent all the way to Brazil, sleeping on pyramids and in whore houses, island hopping and losing myself in food and history.

As time passed, my nomadic instinct grew. I had been on the road for three years, homeless and without a job, no education, no future and most of all with not a cent to my name – but I was happy.

So how did I survive? I embraced the methods of the wandering Jew: When I see a chance to make a few bucks – I go for it – and there were plenty of chances along the way. I worked as a landscaper in Australia, I owned – and later sold – a small business in South Africa which did well. But truth be told – I was more lucky than smart. 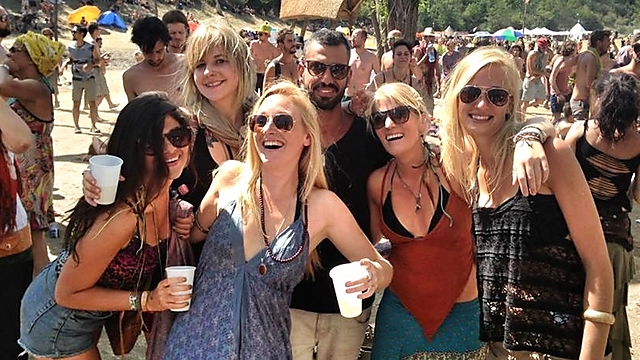 Despite having a blast in South Africa, I began traveling north along Africa's eastern coast. For two years I went north, until I reached Ethiopia. I was in the Cougar Park in South Africa, which is only slightly larger than Israel and is the home of the five biggies – lions, hippopotamuses, elephants, rhinoceroses and buffalo – as well as countless others. I was at Lake Victoria in Zimbabwe, on the white shores on Zanzibar, I danced in Malawi, saw the Kilimanjaro in Tanzania and entrenched myself in Ethiopian culture.

Afterwards, I couch-surfed in Europe and then went back to South Africa for the World Cup, and then traveled to India with my sisters – visiting Israel in between. I crossed Europe through Central Asia to the east with the Trans-Siberian railway and then China to gigantic cities and remote villages.

But it wasn't enough – I wanted something new; to go somewhere with no tourists. So I decided to see the real Africa and went to Senegal in a bid to cross Western Africa. 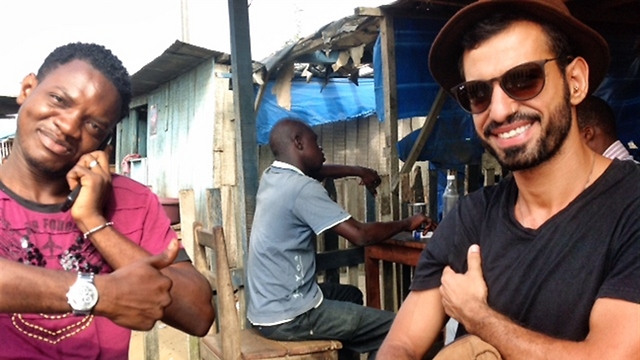 I met people who had never seen a Westerner, I met child-soldiers who raped and killed during war and still woke up sweating and crying at night.

I caused an old man to cry after he learned that I was from the Holy Land, and many people have sent notes scribbled with prayers for me to put in the Western Wall. The journey was tough and at times dangerous, but I met some of the most amazing people I have ever met in my life and I discovered the true meaning of freedom.

After a few crazy months, I then got on a flight to Cape Town to participate in an amazing festival called Africa Burn (the African version of Burning Man) – the best party on this side of the equator, if you ask my opinion.

Four months ago I arrived in Europe and since then I've been here. I'm now in Ireland, drinking beer everyday. A few years ago my dream was to travel to 100 states. Up until now, I've been to all of the continents and have been to 90 countries, so very soon my dream will come true and then I'll have to find me a new one.