Among the victims of Wednesday's chemical attack in Damascus were 31 Palestinians, of whom 11 were members of the Khurani family from Jenin.

Taher Abu Zeid, 75, his wife Fatahiya, 70, their daughter Sumar, 30, their son Yaya, 33, his wife Nissrin, 25 and their six children, aged 3 to 7, were killed in the attack, according to the Palestinian news agency Maan. 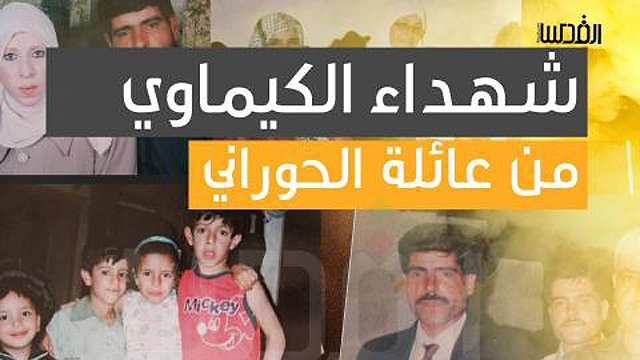 The family moved to Syria in 1967, after the Six Day War, and settled in the Damascus suburb of Jubar. When the war in Syria started, they moved to a more rural area, in search of sanctuary.

Since the beginning of the war in Syria, Bashar Assad's forces have attacked Palestinian refugee camps around Damascus.

According to estimates, several hundreds of Palestinians were killed in battles over the past two years. Last week's attack is reported to have killed some 1,000 people.