The tires of six vehicles were punctured and the words "price tag"  and "revenge" were sprayed near the neighborhood of Beit Safafa in Jerusalem.

The license plates of several cars were also pulled out.

"My wife called me after she saw her car wheel had no air and 'price tag' was written on the side," Hyman Elian related. "I came here and I saw that they did it to all the neighbors. It made us feel really bad; we have no conflicts with anyone." 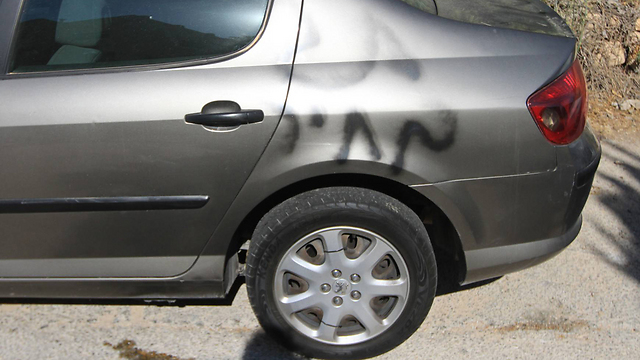 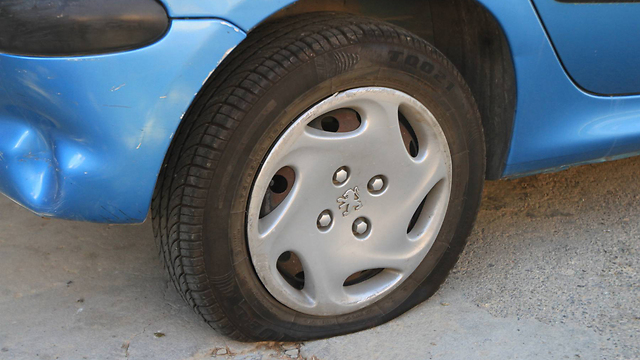 Elian added that the incidents “give the feeling that we hate Jews and this is why they did this, but we do not hate anyone. I do not go every morning to the Gilo neighborhood and vandalize vehicles there. We did not do anything to anybody." 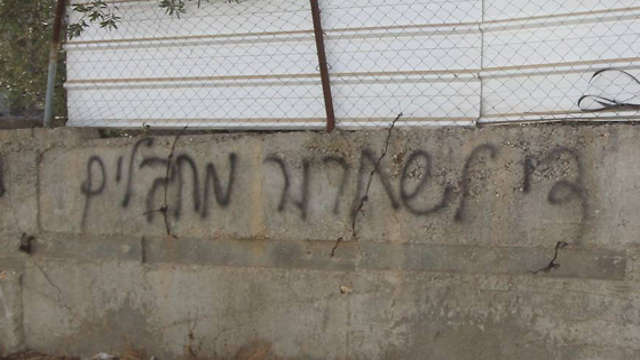 The tires on the car of Walid Elian were also slashed. He told Ynet: “This is hate for no reason. The Jews suffered anti-Semitism in their history, and they should be ashamed. These are stupid people who are causing hatred for no reason.”

Dr. Gadi Gvaryahu, chairman of the Tag Meir organization, which is fighting the tagging phenomenon, said in response, "Right-wing attacks against the innocent residents of Beit Safafa is a direct continuation of the activities carried out in three years with hardly any interruption in all areas of the State of Israel and Judea and Samaria. The powerlessness of the Israel Police and the Shin Bet cries out."

Khalil Elian, of the Safafa Community Council, added: "Everyone throws solutions in the air, but no one gets at the issue. Each side has reckless children that get into trouble, but it is the establishment that is encouraging them.”

Police forces arrived at the scene and an investigation into the incident was launched.

After the price tag incidents in Abu Ghosh in early July, a cabinet decision was taken that significantly expanded investigation capabilities and the legal steps available to the security forces in the fight against those responsible for acts of hate.

On Monday, the Jerusalem District Police detained six Jewish people residing in the city, including four youths, for spraying "price tags" in the Old City.

The suspects confessed to the act and said the act was perpetrated due to a feud with a Jewish family residing in the neighborhood.