Residents express hopelessness amid rumors of chemically-contaminated food, water sources. Others say US attack may bring hope to Syrians

Damascus residents are cautiously and concernedly listening to the sounds of war slowly closing in on them, but some also express anticipation tinged with hope that Western intervention might signal an improvement in their situation. While Syria's official news agency is trying to demonstrate a business-as-usual attitude by posting daily sunny weather forecast reports and pictures of cafés, foreign journalists are trying to extract accurate reports on the situation on the ground from local residents, trying to understand how life in the embattled Syrian capital really is.

Mona Mahmood, a journalist for The Guardian, spoke on the phone Tuesday with a 24-year-old Damascus resident who spoke to her about life in Damascus with the fear – or anticipation – of a looming attack. 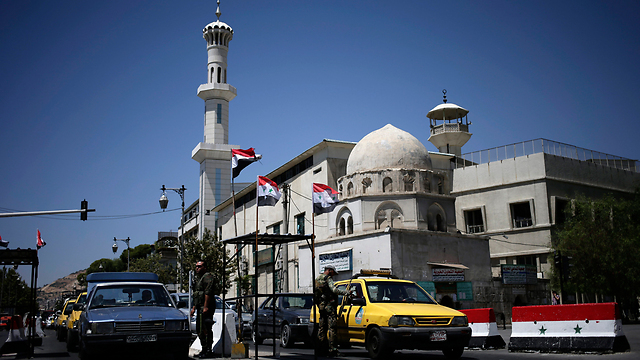 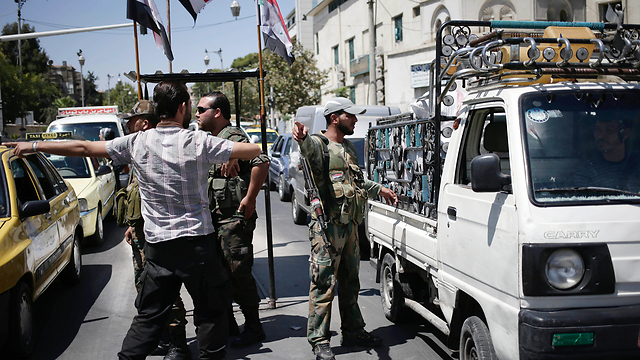 "We work, but we earn nothing. I can barely cover my expenses and can pass nothing on to my family," the young resident who requested to remain anonymous said. According to him, he works at a computer company and lives with his parents and brothers. Before the "events" (the term he uses for the regime's offensive) he said there were minibus cabs but now only regular highly priced cabs exist straining living expenses even more.

"Preschools are closed, those children who live near schools can go if their parents escort them but most of the high school students have fled to Egypt, Jordan or Europe to complete their studies," he said, adding that food and clothing stores were still open but that most entertainment facilities are out of service. 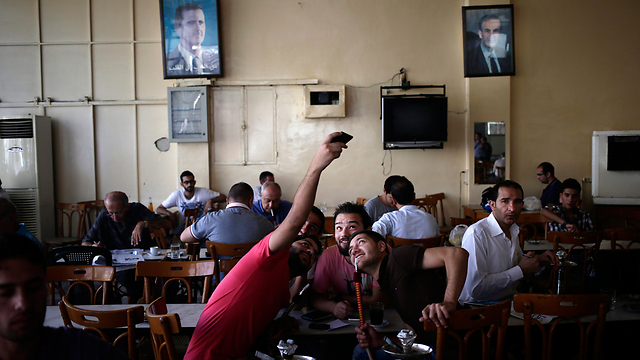 Most entertainment facilities out of service (Photo: AP) The young man also said he believed an American attack was imminent and his family has been storing food and fuel in anticipation things might escalate. "We'll be glad if the US and Britain will attack Syria… it is in the Syrian people's interest."

Residents of the Syrian capital have expressed concern in recent days over an alleged contamination of water sources and food as a result of the chemical attack which allegedly took place on August 21.

A resident who identified herself as Grandma Hannah told Reuters that all three of her daughters were anxious: "They call me everyday saying 'Mom, what about the watermelon, is it drenched in chemicals? What about the milk?' and I try to calm them, but I am also concerned." "Should we close our windows? How long does the poison stay in the air? I hear different things from different people," a 40-year-old Damascus man who lives 15 minutes away from the attack site told Reuters. Damascus residents recalled that on the night of the attack, the heaviest of blasts sounds were registered. According to residents, blasts were heard from every direction and in large amounts. Now residents could be forced to deal with a foreign attack. Ahmed, who fled his home town – one of the Damascus suburbs attacked by chemical arms – and moved into the city said he didn't care what will happen anymore. He and his wife share a room with one of their five children in the cellar of a Damascus building in which he is currently employed as a janitor.

"We have lost so much," he said, "we have no idea what happened to our house. We can't reach our neighbors who still live on our street, and you ask me if I'm thinking about the Americans coming? It can't get much worse than this."

Between all the videos portraying horrendous atrocities of war emerging from Syria, the story of a father reunited with his son is even more special. In a video uploaded to YouTube, a young Syrian from the Zamalcha neighborhood is seen reunited with his infant son which he assumed was dead.

The two were torn apart during the now infamous chemical attack in a Damascus suburb in which the opposition claim more than 1,300 people were killed.

Their emotional reunification was documented and uploaded by Syrian opposition.