US press divided over Obama decision on Syria

Critics claim 'Obama has gone from leading from behind to not leading', while supporters assert move 'has great benefits, will strengthen credibility of any action'

WASHINGTON - The morning after US President Barack Obama announced he will seek Congress approval before taking military action in Syria – following a week of talks, threats and deliberations – the American press and political system are divided. Obama's traditional adversaries see his evasion from an official declaration on an operation in Syria and decision to effectively postpone any action against President Bashar Assad's regime for at least 10 days as a clear sign of weakness, while liberals applaud Obama's decision to get the approval of his people's representatives.

Council on Foreign Relations President Richard Haass, who was a close advisor to former Secretary of State Colin Powell, tweeted Saturday night: "Pres. Obama has gone from 'leading from behind' to not leading. Going to Congress (about) Syria raises doubts about US reliability, determination." Haass is one of the most important political figures in the US.

The Wall Street Journal wrote Saturday night that "President Barack Obama is pursuing a risky course in putting his Syria policy in the hands of Congress, where skepticism and anxiety in both parties about his drive toward military action have been high." The paper further added that "the depth of opposition is uncertain. No solid head count is possible because Congress is in recess, lawmakers are scattered around the country."

Many congressmen demanded Obama to bring the issue of a strike on Syria to Congress, though Peter King, the most senior Republican member on the US congressional intelligence committee who supports a military intervention in Syria, slammed the president for his request of congressional approval. "President Obama is abdicating his responsibility as commander-in-chief and undermining the authority of future presidents," said King. 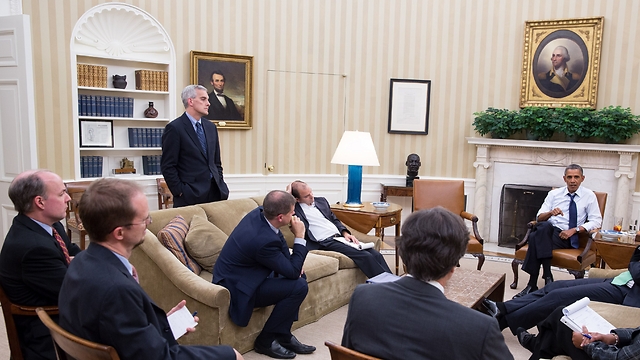 The New York Times mentioned that Obama acted without congressional approval in Libya in 2011, and wanted to do the same in Syria, only he found it would be difficult to advance on his own after the British parliament voted against military intervention. In addition, polls revealed that most Americans want Congress to decide whether to strike in Syria.

What are we, Belgium?

An editorial in the liberal newspaper Washington Post expressed support of Obama's move, yet noted that there are risks involved in. "President Obama said Saturday that the United States must respond militarily to Syria's Aug. 21 gassing of its own people. We agree. He also said he would seek congressional authorization before proceeding," the editorial read, "we think that's right, too, though the approach isn't risk-free."

The newspaper expressed hope that Obama's sworn enemies in Congress would be able to put aside their differences due to the issue's importance: "If there is no response, the Assad regime will use (chemical weapons) again, on an even larger scale." 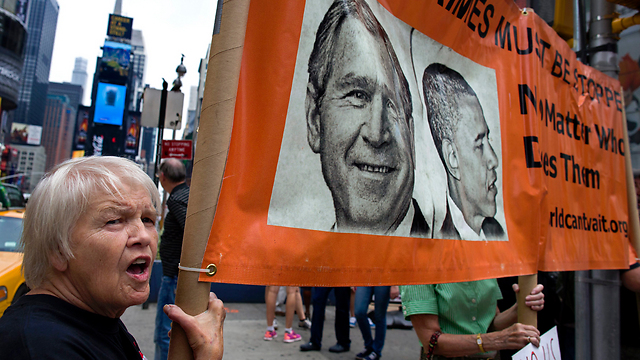 Aaron Miller, former Middle East adviser for several US administrations, wrote that Obama realized how difficult it would be to act alone and understood that "even a limited strike can be risky, and he wants to share the responsibility." However others claim that Obama blinked in the face of a difficult decision and possible objection, and gave up his responsibility and appears weak.

Bloomberg network wrote that Obama's turn to Congress has great benefits and will strengthen the credibility of any American action, will provide the public with more information and will make Congress bear responsibility. The delay will allow Obama the opportunity to make use of the upcoming G20 summit in Russia to create a wide coalition of countries supporting US military action, even if they do not take an active part in it. However, New Republic magazine expressed their concern that "if Obama loses in the House and does follow Cameron's example by withdrawing the threat of military force, then America will have ceased to have a role in the war in Syria, and its power and influence elsewhere – which doesn’t depend on the sheer existence of planes and boats, but in the willingness in an extremity to use them – will also be diminished.

"That might be acceptable if the United States were Belgium, but the United States, for better or worse, is currently the only country capable of enforcing international norms – whether on chemical or nuclear weapons, or on gross violations of human rights, or on the subjugation of smaller countries by larger countries."