The US State Department said on Sunday for the first time that the US envoy for Israeli-Palestinian peace had taken part in a meeting between the two parties since negotiations resumed in late July, but declined to say when or whether any progress was made.

"The negotiations have been serious, and US Special Envoy Martin Indyk and his team have been fully briefed on the bilateral talks and also participated in a bilateral negotiating session," she added. "As we have said in the past, we are not planning to read out the details of these meetings."

It was not clear why the State Department decided to make the disclosure.

Despite deep skepticism among analysts and diplomats, US Secretary of State John Kerry this summer succeeded in persuading the two sides to resume peace negotiations that had collapsed in 2010. 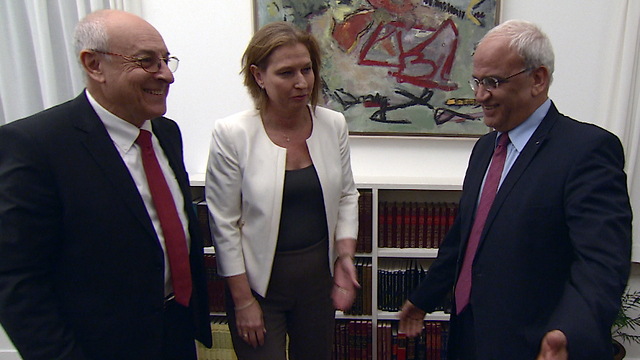 Since their resumption, the State Department has said little about their course, and much of the Obama administration national security team's attention has been focused on the Egyptian military's crackdown on the Muslim Brotherhood and on the Syrian government's alleged use of chemical weapons against its own people.

Israeli-Palestinian peace has become Kerry's signature issue even as the United States is grappling with the unrest in Egypt and the civil war in Syria.

Kerry said on Sunday the Syrian government had used sarin against its own people in an Aug. 21 attack.

President Barack Obama said on Saturday he believed the United States should undertake limited military action - widely expected to be in the form of cruise missile strikes - against Syria, but he decided to seek the approval of Congress for the use of force.

Obama argued it was vital to deter Syria, which borders US allies Israel, Jordan and Turkey, as well as other nations or actors from using chemical munitions or other weapons of mass destruction.