Fifteen militants were killed in the Sinai Peninsula by rocket fire, Egyptian state TV reported on Tuesday, after witnesses said army helicopters had attacked militant strongholds in the area.

He said the two aircraft surprised militant gatherings in three houses in two locations, al-Muqataa and Touma, south of the town of Sheikh Zuweyid near the border with the Gaza Strip.

An army source said a ground operation was under way with air cover, but declined to give further details because it was still continuing

Attacks by Islamic militants surged in the lawless Sinai after the toppling of Egypt's President Mohamed Morsi in a July 3 coup.

The official said "dozens" of militants were killed and wounded but that fighting was still ongoing. He did not mention if there were yet any soldiers on the ground to assess the number of casualties.

An eyewitness said the three houses were destroyed and part of a nearby mosque was damaged. 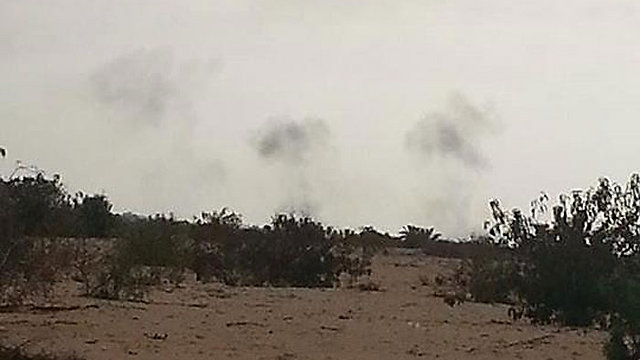 The official spoke on condition of anonymity according to rules, while the witness spoke anonymously because he did not want to be involved.

Egyptian security forces have stepped up counterinsurgency operations in the Sinai since the overthrow of Morsi, whom the military has alleged turned a blind eye to militants there.

Also in Sinai, army commandos arrested late Monday two members of an al-Qaeda-linked group that had in the past fired rockets at Israel, another security official said. 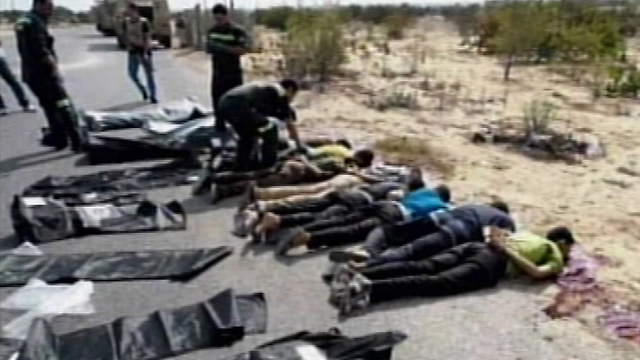 The official said the commandos stormed two houses in the Jura village near Sheikh Zuweyid and detained two members of a group known as the Mujahideen Shura Council in the Environs of Jerusalem.

The official, who also spoke on condition of anonymity according to rules, said the two were experienced in setting up and firing the rockets used in the attacks.

Security forces have a long list of wanted militants, who are concentrated along the border area with Gaza and Israel and in the central Sinai mountains.

Israel said then that its defense system, the "Iron Dome," had shot down a rocket launched from Egypt targeting the Red Sea resort of Eilat. There were no injuries.