Leaders of the US Senate Foreign Relations Committee said they reached an agreement on Tuesday on a draft authorization for the use of military force in Syria that was much narrower than the request made by President Barack Obama, paving the way for a vote by the committee on Wednesday.

Among other provisions, the draft, which was obtained by Reuters, sets a 60-day limit on US military action in Syria, with a possibility of a single 30-day extension subject to conditions.

Obama is asking Congress to back his call for limited US strikes on Syria to punish President Bashar Assad for his suspected use of chemical weapons against civilians during a civil war that has killed more than 100,000 people. 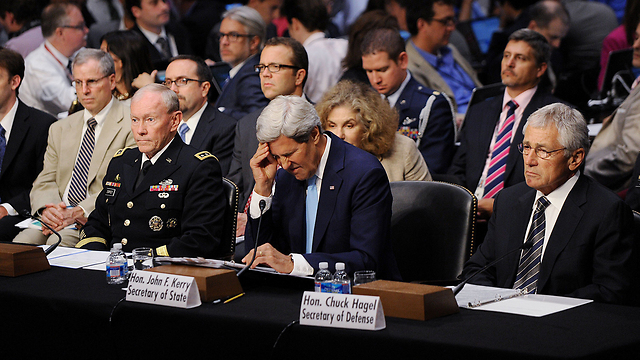 The compromise deal reached by Senator Robert Menendez, the Democratic chairman of the panel, and Senator Bob Corker, the top Republican, includes a provision banning any use of US armed forces on the ground in Syria, according to the draft document.

It requires Obama to consult with Congress and submit to the Senate and House of Representatives foreign relations panel a strategy for negotiating a political settlement to the Syria conflict, including a review of all forms of assistance to the rebels fighting to oust Assad.

This is a provision requested by several senators, including the influential Republican John McCain.

If Obama wants to extend the authorization, he can request a single 30-day extension if he certifies to Congress, no later than five days before the authorization terminates, that an extension is necessary, and if Congress does not pass a resolution disapproving the extension.

"Together we have pursued a course of action that gives the president the authority he needs to deploy force in response to the Assad regime's criminal use of chemical weapons against the Syrian people, while assuring that the authorization is narrow and focused, limited in time, and assures that the Armed Forces of the United States will not be deployed for combat operations in Syria," Menendez said in a statement.

If the draft is approved by the committee on Wednesday, it will be sent to the full Senate for a vote after members return on Sept. 9 from their August recess.

The House of Representatives must also pass its own version of the military authorization and the two must be reconciled before they can be submitted for Obama's signature.

The House Armed Services Committee is holding a hearing on Syria at noon on Wednesday. Secretary of State John Kerry, Secretary of Defense Chuck Hagel and General Martin Dempsey, the chairman of the Joint Chiefs of Staff, will all testify.

The three testified at a similar hearing before the Senate Foreign Relations Committee on Tuesday.

Israel's ambassador to Washington Michael Oren said that Israel agrees with President Obama that the use of chemical weapons is abhorrent and that the Assad regime must pay the consequences.

Oren added that Israel also agrees with the president that the use of chemical weapons promotes the use of weapons of mass destruction and encourages governments to attain nucler weapons.

At the same time, AIPAC released a statement supporting the US administration and urging Congress to authorize Obama to act in Syria. The Anti-Defamation League also issued a statement backing the proposed military intervention.

The New York Times has reported in the past that Clinton, together with the former CIA head, supported last summer the transfer of arms to the Syrian opposition.

But the American president decided against the move, countering that there is no telling at what hands the weapons will end up.

Meanwhile, Syrian Deputy Foreign Minister Faisal al-Muqdad called for dialogue with the United States, while threatening Jordan and Turkey: "Once the attack against Syria starts from Jordan then Jordan will suffer," he told the Wall Street Journal. 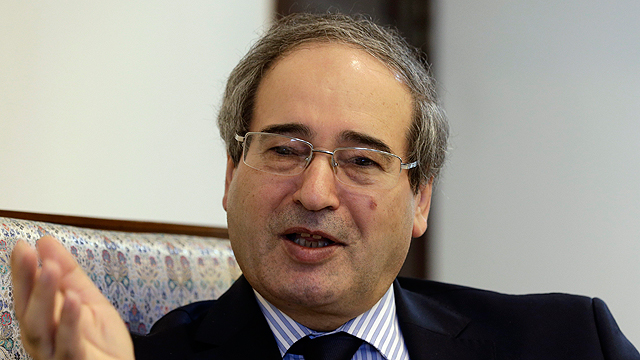 "We hope the American representatives will exercise wisdom, will listen to the voice of justice, not to provocative actions," he said.

"We love the American people, we have millions of Americans of Arab origin including Syrians and we do not want wars with the United States," said the diplomat, who served as his country's envoy to the United Nations in New York from 2003 to 2006.

He added his country is backed by Russia and Iran: "We are being supplied until this minute with Russian arms to defend ourselves," he said.

"Once the war starts nobody can control what will happen," he said. "We believe that any attack against Syria will definitely result in chaos in the entire region if not beyond."