Russia is sending its large landing ship Nikolai Filchenkov loaded with 'special cargo' towards the Syrian coast, state news agency Interfax quoted a navy source as saying on Friday. Meanwhile, President Barack Obama told G20 leaders the United States has high confidence that Syrian forces used chemical weapons and underlined the need to uphold an international ban on the use of such weapons, a senior White House adviser said on Friday.

"The vessel will dock in Novorossiysk where it will take special cargo on board and head to the designated area of military service in the eastern Mediterranean," Interfax quoted the unnamed navy source as saying. 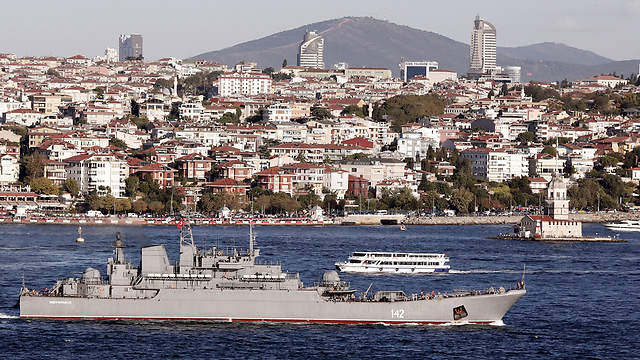 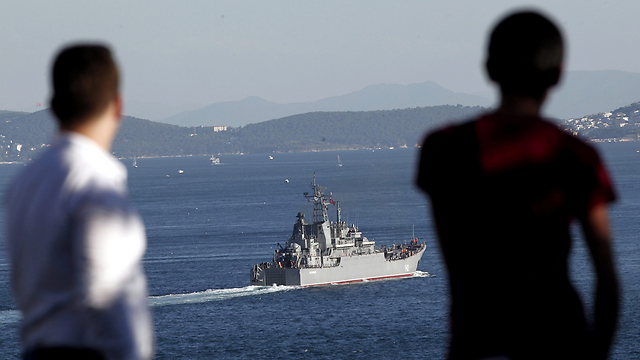 It gave no more details on the cargo. Russia, a key international ally of Damascus in the Syrian civil war, is rotating its navy vessels in the Mediterranean and says its presence there is a security guarantee. Obama made his case at a lengthy G20 leaders dinner that stretched late into the night on Thursday and was hosted by Russian President Vladimir Putin, the chief opponent to a US push to punish Syrian President Bashar Assad over an Aug. 21 chemical weapons attack it blames on his troops.

He made a similar case in talks on Friday with Chinese President Xi Jinping. Both Putin and Xi have blocked UN Security Council action against Syria, which has frustrated US efforts for international solidarity.

The efforts came amid reports by CNN, ABC and The New York Times that the potential US strike on Syria could be larger than previously anticipated. The possible US led air campaign could be two-days long and include long-range B-2 and B-52 stealth bombers which would takeoff from the US and fire guided missiles from beyond the range of Syria anti-air defense systems, Jonathan Karl of ABC News, who is traveling with President Barack Obama to Russia, reported.

If indeed the heavy bombers will be involved in the attack, one of their potential targets will be rockets used for chemical attacks as well as those capable of reaching Israel, ABC reported, in addition to some 200 tomahawk missiles which will be fired from US destroyers in the Mediterranean.

In anticiaption of the attack, the UN nuclear watchdog has received a request from Russia to assess the impact if a missile were to hit a small Syrian reactor and is considering the issue, the Vienna-based agency said on Friday.

Russia said this week a military strike on Syria could have catastrophic effects if the research reactor near Damascus that contains radioactive uranium was struck, "by design or by chance".

It called on the UN International Atomic Energy Agency (IAEA) to urgently assess the risk as the United States considers military action to punish Syria's government for an alleged gas attack.

"I can confirm that the IAEA has received a formal request from the Russian Federation. The agency is considering the questions raised," IAEA spokeswoman Gill Tudor said in an e-mail, giving no further detail.

Russia said nearby areas could be contaminated by highly enriched uranium and that it would be impossible to account for the nuclear material after such a strike, suggesting it could fall into the hands of people who might use it as a weapon.

Meanwhile, an Iraqi official close to Iraqi Prime Minister Nouri al-Maliki told Lebanese newspaper Al-Mustaqbal that Syrian President Bashar Assad agreed to step down from power on his own conditions.

Acording to the report, Assad's conditions were that elections were to be held almost immediately and that he would be immune from any international legal prosecution. Nonetheless, the report claimed that the US refused.

It was reported that Russia was sending a missile cruiser to the east Mediterranean to take over the navy's operations in the region, Interfax quoted a military source as saying on Wednesday.

The ship, Moskva, will take over operations from a naval unit in the region that Moscow says is needed to protect national interests. It will be joined by a destroyer from Russia's Baltic Fleet and a frigate from the Black Sea Fleet.

"The Cruiser Moskva is heading to the Gibraltar Straits. In approximately 10 days it will enter the east Mediterranean, where it will take over as the flagship of the naval task force," the source said.

Last week, the Defense Ministry said new warships, including the Moskva, were being sent to the Mediterranean but described the movements as routine deployments.

Russia is closely monitoring the region's developments, recently testified to by the Russian military's spotting of the Israeli missile launch from the central Mediterranean. The Russian notice of the launch forced Israel to release a formal statement admitting to the successful test of the Ankor missile used to test the Hetz air defense system.

Earlier on Wednesday Russian President Vladimir Putin confirmed in an interview for AP that Moscow supplied Syria with components for the high-end S-300 air defense system, but that the shipment was not completed: "We have suspended it for now," he said but added that "if we see that steps are taken that violate the existing international norms, we shall think how we should act in the future, in particular regarding supplies of such sensitive weapons to certain regions of the world."

Meanwhile, in Russia, President Barack Obama is using his last day in Europe to renew his quest for foreign support for a US military strike in Syria. But three days after he left Washington, it's unclear whether the global coalition the president has been seeking is any closer to becoming a reality. China's a firm no. The European Union is skeptical about whether any military action can be effective. Even Pope Francis weighed in, urging leaders gathered here to abandon what he called a "futile mission." Still, Obama was undeterred. As the president pressed his case on the world stage, he was dispatching his UN ambassador, Samantha Power, to a Washington think tank to argue that the global community cannot afford the precedent of letting chemical weapons use go unpunished.