Psychiatrist: Bashar and Asma Assad – match made in hell

Since their nuptials in 2000, Syria's first lady, Asma Assad, has stood by her husband's side through thick and thin, even as he presided over a government that killed tens of thousands of its own civilians. It came as no surprise to American psychiatrist Dr. Keith Ablow.

In an opinion piece titled "Asma and Bashar Assad - a match made in hell" published on Fox News' website he explains what draws Syria's ruthless ruler and his wife together.

"People around the world wonder how a woman born in the United Kingdom, with a bachelor’s degree in computer science and French literature, could have stood by as her husband amassed a fortune over $1 billion while serving in public office. And how she could post Instagram photographs of her charity work while presumably hearing that her husband’s regime has used chemical gas to asphyxiate children," Dr; Ablow writes.

"The answer is simple: Being pretty is no antidote to being greedy nor corrupt nor lacking empathy, even though people instinctively think it ought to be. "

"You can be slim and wear stylish clothes and have an above-average IQ and still have such deep questions about whether you are worth anything at all, presumably because no one ever loved you for real. " 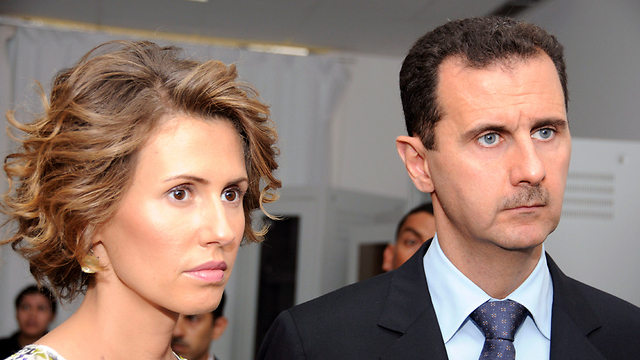 "Bashar and Asma are a match made in hell because they feed one another’s needs to keep reality at bay," he says.

"They are a dynamic duo of destruction because they were, at some point, for all intents and purposes, destroyed in their humanness. "

"Bashar Assad may have turned out to be a decent eye surgeon if he had indulged the healer inside him, instead of being commandeered by his dictator father into dictatorship," the psychiatrist concludes.

"And Asma Assad may have turned out to be a teacher of French literature had she not been raised in an environment that made her famished for finery and fame, such that she traded in her humanity for a palace, which only means she never grew up in anything like a home."