American documents released by the New York Times on Sunday reveal that over the years, Syria managed to accumulate one of the largest arsenals of chemical weapons in the world, with the help of its allies Russia and Iran, but also with the help of Western European companies and even American companies.

According to the New York Times, Syria's President Bashar Assad and his father, former President Hafez al-Assad, exploited loopholes and lax enforcement to amass one of the world's largest stockpiles of chemical weapons.

"It was frustrating," Juan C. Zarate, a former deputy national security adviser for combating terrorism in the George W. Bush administration, recalled, "People tried (to stop it). There were always other understandably urgent priorities – Iran's nuclear program, North Korea. It was an issue that was always there, but never rose to the top of the world's agenda."

The Daily Mail reported that between July 2004 and May 2010, the British government issued five export licenses to two British companies, allowing them to sell Syria sodium fluoride, which is used to make sarin, the deadly nerve agent that killed 1,400 people in the chemical attack near Damascus last month. 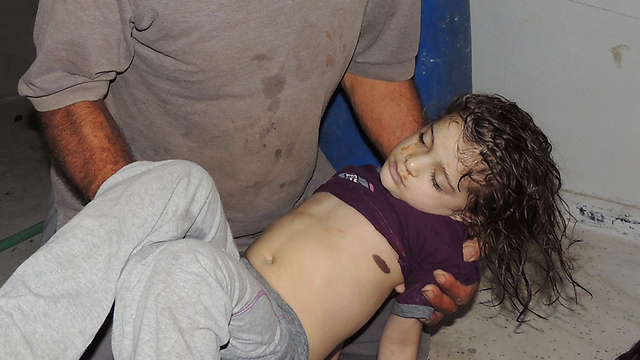 "The five licenses were granted to two UK exporters. We cannot publish their names for reasons of commercial confidentiality," said a spokesperson for the British Department for Business, Innovation and Skills (BIS). "The end users were two Syrian commercial companies. The quantities of sodium fluoride involved were commensurate with the stated end use in the production of cosmetics." According to the spokesperson, "there was no reason to link (the export) with Syria's chemical weapons program."

As reported by the Daily Mail, the UK firms delivered sodium fluoride to a Syrian cosmetics company for what they claim were legitimate purposes. But intelligence experts believe President Assad's regime uses such companies to divert chemicals into its weapons program. 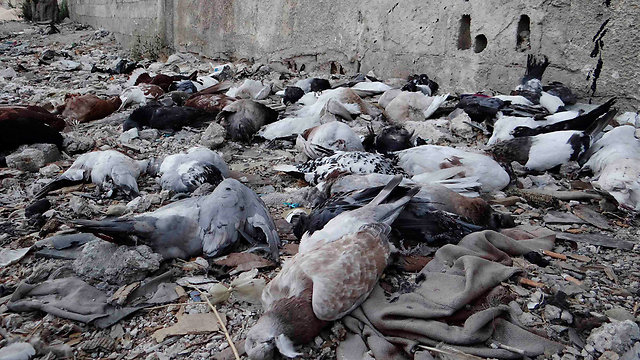 Last week it was revealed that the BIS had granted export licenses in 2012 – but they were not used to send sodium fluoride to Syria.

British Parliament Member Thomas Docherty, a member of the Commons Arms Export Controls Committee, told the Daily Mail that "these are very disturbing revelations regarding the provision of sodium fluoride to Syria. At no time should we have allowed President Assad's regime to get its hands on this substance." According to him, "Previously we thought that while export licenses had been granted, no chemicals were actually delivered. Now we know that in the build-up to the Syrian civil war, UK companies – with the backing of our government – were supplying this potentially lethal substance." The BIS refused to answer questions on Saturday regarding how much sodium fluoride was bought and sold – or which companies were involved. Intelligence expert Richard Kemp, a former member of the UK government's COBRA emergency committee, told the Mail: "President Assad would undoubtedly have diverted legitimately exported supplies of sodium fluoride in order to make chemical weapons." Sarin, which is made by combining the fluorine in sodium fluoride with carbon, hydrogen, oxygen and phosphorous, is considered one of the world's most dangerous chemical warfare agents. It disrupts the nervous system, over-stimulating muscles and vital organs. It can be inhaled as a gas or absorbed through the skin.

The Obama administration has shown several videos to a select group of senators in closed-door briefings to make the case that a limited military attack on Syria is justified, CNN reported on Saturday. The images reveal men sprawled on a tile floor, shirtless and convulsing, children seemingly unable to control their shaking and flailing, and panic and screams in the background.