Last week, when a stork was caught in Egypt wearing a tracking device – police held it on suspicion it was spying for Israel. After its release, stork hunted down, eaten

Menes the stork was caught in Egypt last week and held by authorities on suspicion of being used to spy for Israel, due to the tracking device attached to its leg. Just days after its release into the wild, it was hunted down and eaten, according to the UK’s Guardian.

The stork was brought into police by an Egyptian who spotted a device used to track wildlife that was on it, and thought that this might be a method of spying. Photographs published after its capture show that in addition to the satellite transmitter used to track the migratory route of storks from Europe to Africa and back, it also had rings on its leg used to identify wildlife. 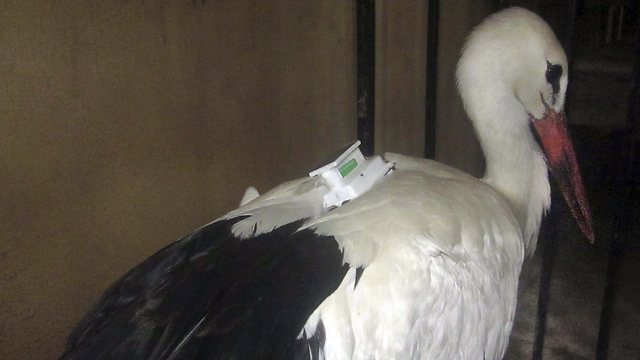 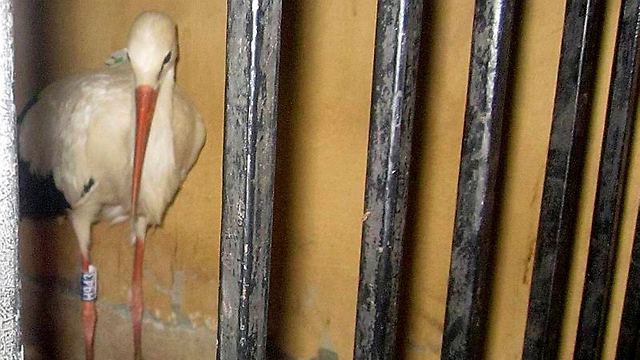 Stork was given cage of its own (Photo: AP)

According to the NCE, an organization for nature conservation in Egypt, the stork was released in a nature reserve in the south, but flew to the island in the Nile where it was hunted and eaten. According to the NCE, the consumption of storks is not an unusual practice for the country.

”Egypt has long suffered from issues of uncontrolled hunting," said the organization in a Facebook message. "However, it is important to always balance the needs of local communities with the needs of nature and biodiversity conversation. We truly are saddened by the tragic end to Menes' journey."

Last week, the UK’s Daily Mail reported that the stork was held in a cage of its own at the police station until the investigation into the spying allegations was completed.