Russian President Vladimir Putin has written an op-ed for the New York Times in which he stated that "it is alarming that military intervention in internal conflicts in foreign countries has become commonplace for the United States. Is it in America’s long-term interest? I doubt it."

He further added that millions around the world "increasingly see America not as a model of democracy but as relying solely on brute force."

Titled "A plea for caution from Russia", the opinion piece noted that relations between the US and Russia "have passed through different stages. We stood against each other during the cold war. But we were also allies once, and defeated the Nazis together. The universal international organization — the United Nations — was then established to prevent such devastation from ever happening again." 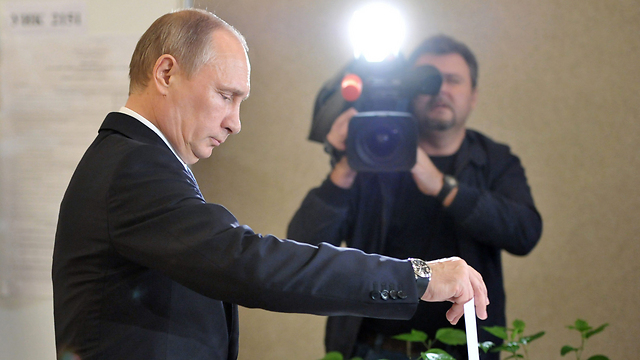 Putin: International 'law is still law, we must follow it' (Photo: AP)

Putin explained that the United Nations’ founders "understood that decisions affecting war and peace should happen only by consensus.

"No one wants the United Nations to suffer the fate of the League of Nations, which collapsed because it lacked real leverage. This is possible if influential countries bypass the United Nations and take military action without Security Council authorization."

Putin then went on to argue against a potential US strike in Syria. A strike, he said, "will result in more innocent victims and escalation, potentially spreading the conflict far beyond Syria’s borders" and would "increase violence and unleash a new wave of terrorism. "

"It could undermine multilateral efforts to resolve the Iranian nuclear problem and the Israeli-Palestinian conflict and further destabilize the Middle East and North Africa. It could throw the entire system of international law and order out of balance." 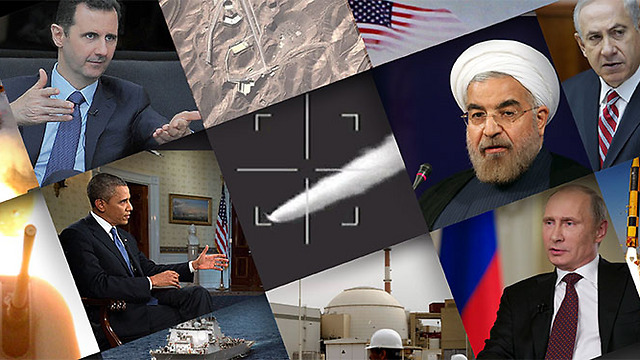 The Russian president argued that the Syrian civil war is not about democracy, but an armed conflict between government and opposition in a multireligious country, and one that is "fueled by foreign weapons supplied to the opposition. "

He noted that "there are more than enough al-Qaeda fighters and extremists of all stripes battling the government. The United States State Department has designated Al Nusra Front and the Islamic State of Iraq and the Levant, fighting with the opposition, as terrorist organizations. "

Putin defended Russian policy vis-à-vis the conflict claiming that Moscow is not protecting the Syrian government, but international law. "The law is still the law, and we must follow it whether we like it or not."

"Under current international law, force is permitted only in self-defense or by the decision of the Security Council. "

"No one doubts that poison gas was used in Syria. But there is every reason to believe it was used not by the Syrian Army, but by opposition forces to provoke intervention by their powerful foreign patrons."

"Reports that militants are preparing another attack — this time against Israel — cannot be ignored." 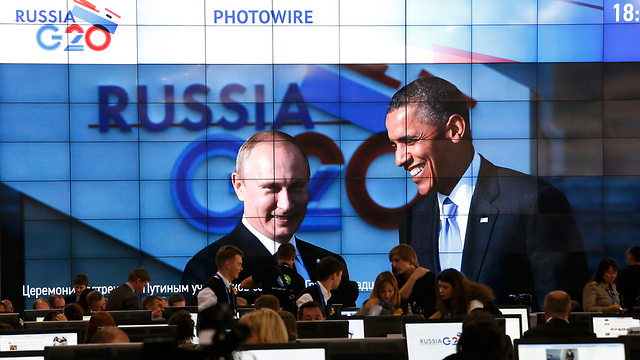 Putin concluded by saying that the international community must take advantage of the Syrian government’s "willingness to place its chemical arsenal under international control for subsequent destruction. Judging by the statements of President Obama, the United States sees this as an alternative to military action."

He described his working relationship with US President Barack Obama as marked by "growing trust." He nevertheless challenged Obama on his recent address to the nation in which he asserted that US policy is “what makes America different."

"It is extremely dangerous to encourage people to see themselves as exceptional, whatever the motivation," Putin asserted. "God created us equal."

Meanwhile, UN Security Council envoys from Britain, China, France, Russia and the United States held talks on Wednesday on the Syrian chemical weapons crisis, but no agreement was reached.

"They discussed elements that could go into a resolution" on Syria, said one UN diplomat, referring to the 45-minute meeting between the council's veto-wielding permanent members.