A Palestinian man who opened fire at IDF forces securing Joseph's Tomb in Nablus as Jewish worshippers prayed at the site sustained moderate to serious injuries after being shot by the soldiers. He was arrested and taken for medical care in Israel.

As they were entering the site, Palestinians began to hurl stones at the forces, who responded with crowd-dispersal means. Later, live fire was directed against the forces, who fired back at the shooter.

Despite being hit, the Palestinian began to escape but was caught after a brief chase. He was taken to the Rabin Medical Center in Petah Tikva after receiving initial medical attention by the troops. He will be questioned at a later stage. None of the soldiers or worshippers was hurt in the incident. 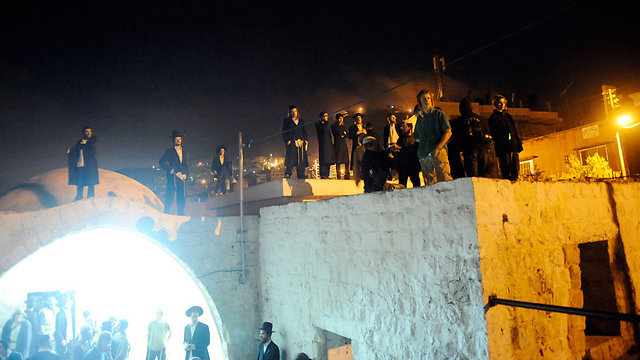 It was further reported they arrested four Palestinians. The troops used bloodhounds in the operation, according to the report. The Maan report further noted that four Palestinians were arrested as Israeli worshippers entered Joseph's Tomb.