Back to school in Syria as threat of US strike subsides

Amid concerns over US attack in Syria, country's children start academic year, despite many school buildings transformed into army bases

Thousands of Syrian school children started their academic year on time on Sunday after concern that schools would not open on schedule due to threats of a US military strike.

In Damascus, many school buildings had been transformed into barracks to house personnel fleeing military sites that could be targets in a strike that US President Barack Obama said would be punishment for an alleged chemical attack on Aug. 21.

By Sunday morning most soldiers had moved out, in a sign that President Bashar Assad's government no longer fears strikes following a deal negotiated by the United States and Russia under which he would destroy his chemical arsenal.

The streets of Damascus were busy again on Sunday after weeks of anticipation of military action. Some major roads were gridlocked with traffic.

Hundreds of girls poured out of Satea al Hosari all-girls middle school in west Damascus at 1 pm, carrying their newly issued text books in white plastic bags and looking for their parents or school buses. 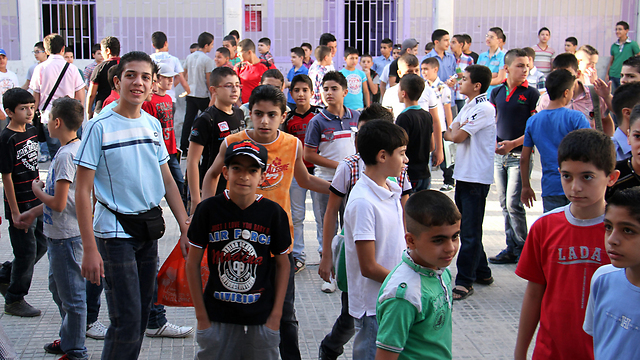 "It's been a long summer, and the kids have been cooped up at home for too long and I'm happy to have them out of the house and back into their routine," said Mayse, a mother of three, as she waited outside the school to pick up her daughter.

When her daughter came out, she told her mother about friends who had not shown up to school because they had left town, and others whose families were considering leaving.

Since talk of an imminent military strike against Syria last month, many families fled Syria to neighboring Lebanon and some decided to stay there for the school year. 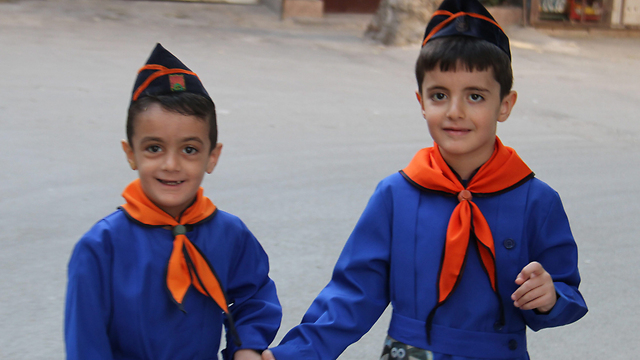 Reflecting the turmoil in the economy, school uniforms are now three to five times as expensive as they were before the revolt started.

As Washington talked of a military strike in response to the Aug. 21 incident, the conspicuous presence of soldiers and armed security men in densely populated residential neighborhoods left many Damascenes worried.

Some complained that the military appeared to be taking shelter amid civilians to use them as human shields.

At the start of the month, rebels situated on the edge of the city fired a mortar bomb at Hosari School but it hit a nearby apartment block, residents said.

Nearby shop owners said the soldiers' presence made them vulnerable to attacks and that they were disconcerted by the men with guns in their neighborhood.

Soldiers and state security housed in schools appeared to go to lengths to keep low profile and minimize engagement with local civilians, to avoid any antagonism.

Groups of armed men could be seen behind school gates sitting about in the courtyard, sipping tea and playing cards with their assault rifles on the floor by their side.

One janitor at an elementary school said the men were there until Saturday when "they packed up and left."