Speaking to journalists in Russia, Putin remarked that Syria's chemical weapons were created as an "alternative" to Israel's nuclear weapons. "Israel has technologic supremacy and does not require nuclear arms," he said.

He expressed optimism when asked whether he trusts Assad to fulfill Russia's plan for Syria to surrender its chemical weapons and avoid a US strike. He said Damascus' actions so far have given reason to believe the initiative will be implemented.

"I can't be 100 percent sure that we will bring it to the end, but what we have seen in the past few days has given us confidence that it will be accomplished," Putin said.

He insisted that Russia strongly opposed a US attack on Syria because it would violate basic principles of international law and undermine the UN role, not because it was trying to keep Assad in power.

"We don't have some exclusive interests in Syria which we would seek to protect by defending the current government," Putin said. "We are striving to preserve the principles of international law."

He said that during his discussions with Western leaders they have failed to answer his question about what the West would do if al-Qaeda -linked militants finally unseat Assad and come to power in Syria.

"What sense does it make to launch a strike if you don't know how it will end?" Putin said. 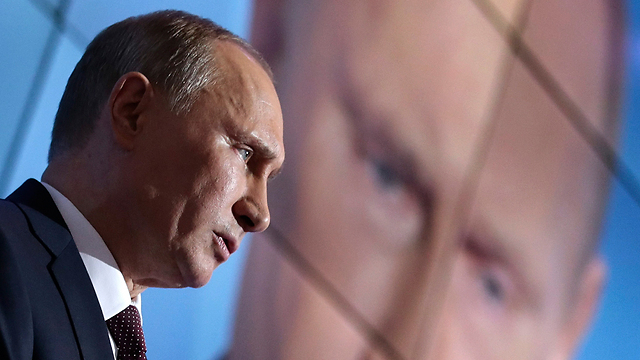 He further asserted that Russia has strong grounds to believe that Syrian rebels were responsible for the country's chemical attack.

"We have every reason to believe that it was a provocation, a sly and ingenious one." He added, however, that its perpetrators have relied on "primitive" technology, using old Soviet-made ammunition no longer in the Syrian army's inventory.