The Shin Bet has arrested a man it claims is an Iranian-born Belgian intelligence agent who is a member of Iran's Revolutionary Guards, on suspicion he attempted to spy on Israeli and American facilities in Israel.

The Shin Bet said that Ali Mansouri, 55, who entered Israel with a Belgian passport under the name Alex Mans, is suspected of photographing the US Embassy in Tel Aviv with the intention of monitoring activities at the site.

He was arrested at the Ben Gurion Airport and found carrying photos of the embassy. The Shin Bet is claiming that he was recruited by the Revolutionary Guards' special ops unit which carries out terrorist attacks around the world and was sent to Israel to set up front companies for covert Iranian operations. He was promised a fee of $ 1 million. .

Mansouri told Israeli investigators how he was recruited by Iranian intelligence. He made trips to Israel in July 2012 and January 2013. His third visit began on September 3 and ended upon his arrest on September 11. 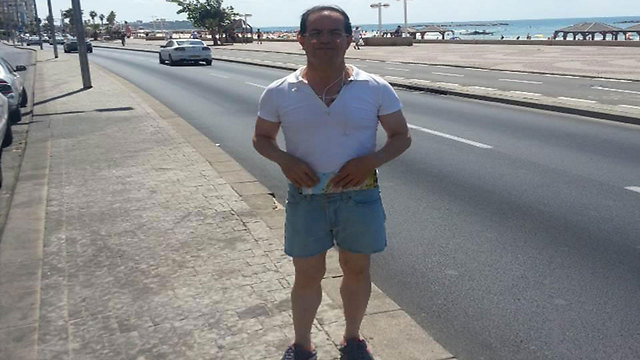 The IRGC's special ops unit is in charge, among other things, of carrying out terror attacks against Israeli targets, both in Israel and abroad. It is suspected that Iran used Mansouri's services in trying to evade the trade embargo.

A defense team on behalf of the Public Defender's Office said that security forces denied Mansouri of access to an attorney for more than a week.

"The suspect was arrested several weeks ago but he was denied a meeting with a lawyer until September 20. Attorneys Michal Orkavi and Anat Yaari said he is a businessman and Belgian citizen who is not motivated by an anti-Israel or pro-Iranian agenda. The picture is far more complicated than it appears."

It was further stated that matter would become clearer after the defendant is given a chance to explain himself in court once an indictment is filed.

The Public Defender's Office stressed that the affair has been cleared for publication before the investigation concluded, unlike past cases when the Shin Bet asked for a delay in publication pending an indictment.

The investigation suggests that Mansouri lived in Iran until 1980. He then moved to Turkey, where he resided until 1997. Working as a businessman he obtained a visa for Belgium and in 2006 became a Belgian citizen after marrying a Belgian woman whom he later divorced. That same year he changed his name to Alex Mans to conceal his Iranian background.

During his interrogation Masouri revealed that he returned to Iran in 2007 and has since expanded his business at the country while maintaining operations in Turkey and Belgium. He later married an Iranian woman and was singled out as a possible recruit by Iranian intelligence. 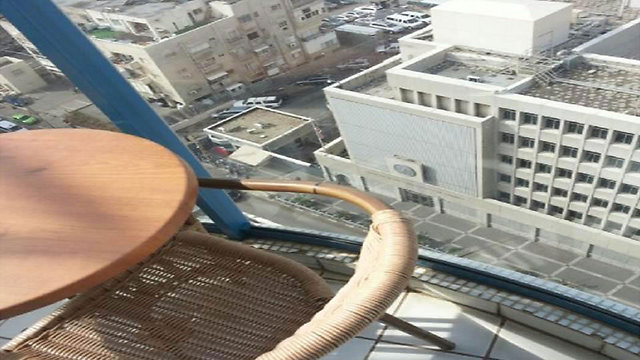 Mansouri's photo of US Embassy in Tel Aviv

In 2012, he was offered to act as a spy in Israel. He was instructed to set up a business infrastructure in Israel that will serve as a cover for Iranian intelligence operations. To this end he was instructed to make trips to Israel, form business ties and initiate long-term contracts in the country. 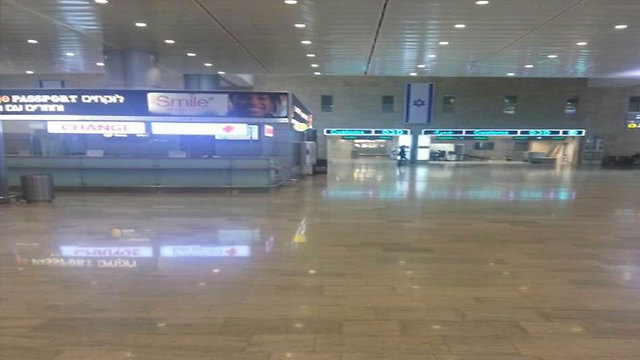 Mansouri set up a business for windows and canopies working with stores and restaurants. He would introduce himself as a Belgian businessman and operated several websites and Facebook pages.

According to the Shin Bet, in his interrogation, Mansouri described his recruitment process and how he was operated by Iranian intelligence agents for months. He gave many details about his operators and their methods of contact.

Some of the Iranian operators Mansouri discussed included Haji Mastafa, a staff-level official who met with him and was briefed by him on his tasks in Israel; Haji Hamid Nemati, who served as the main point of contact; and Mahdi Hanbabai, who oversaw Mansouri's missions inside Israel.

Mansouri added that he was ordered to cover up his visits to Iran, where he usually headed to in order to report back to his operators and receive further directions after his Israel trips. His Iranian operators hoped his Belgian identity would allow him to bypass the rigorous Israeli security inspection at Ben-Gurion Airport.

The Shin Bet stressed that the Revolutionary Guards' Al-Quds Force was behind the attack in which an employee at the embassy in Delhi was injured in February 2012, and behind attempted terrorist attacks in Bangkok and Tbilisi, as well as several other attacks that were thwarted in recent years in Azerbaijan, Kenya and Nigeria.

Early last month, a 46-year-old Jerusalem resident and member of the Neturei Karta faction, a radical haredi sect, was charged with offering himself as a spy to the Iranian government.

According to the indictment, the man, who is being charged with contacting a foreign agent and intention to commit treason, had contacted the Iranian government and offered his services as a spy.