In December 2012, an undercover investigation by the expose television show Kolbotek used a hidden camera to capture instances of extreme violence against cows and sheep at the slaughterhouse of Adom Adom, owned by Tnuva Beef in Beit She'an.

Monday, after a lengthy investigation by the enforcement branch and the fraud unit of the Northern District, the Agricultural Ministry and the Haifa District Attorney’s office filed serious charges against four slaughterhouse workers – the slaughter line manager, his deputy, and two contract workers.

The investigation was filmed during the months of September and October of 2012 by Kolbotek investigator Ronen Bar, a journalist and activist in the group Anonymous. In recent months, animal welfare organizations have been protesting the delay in indictments by the Agricultural Ministry, holding several demonstrations across the country, including blocking of the entrance to the Beit She’an factory by animal rights groups. 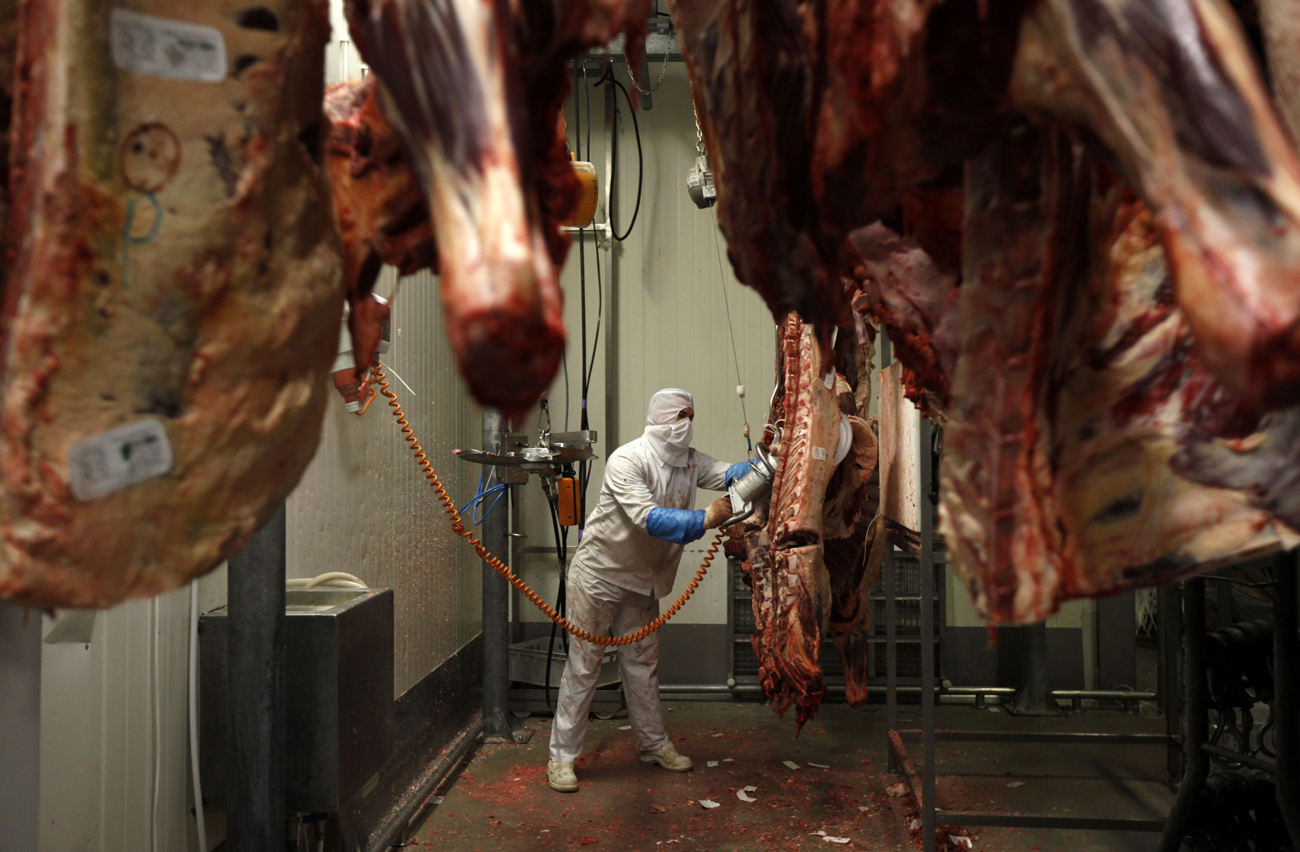 After publication of the investigation, the groups Anonymous and Let the Animals Live petitioned the High Court and demanded the closing of Tnuva’s Adom Adom slaughterhouse and halting shipments from their property, claiming they were committing serious transgressions under the Animal Welfare Act.

Paniful use of electric shocker

Indictments were filed against the slaughterhouse line manager and his assistant, who was later appointed as his replacement. According to the indictment ,"during the period that they served as line manager and deputy, they instructed the line workers and operated in order to maximize the factory’s profits, as they outlined and implemented policy regarding procedures for receiving animals and transporting them to slaughter, and they served as the authorized entities of the factory before the workers."

In his capacity, the line manager provided employees in the slaughter yard waiting area with electric shockers, in order to make the animals move faster during their transport to slaughter.

The indictment claims that employees made use of the shockers with the knowledge and approval of their superiors, “without proper purpose and in a manner which caused pain and suffering to calves, and they shocked the calves as they walked from one place to another, by placing the shocker on different parts of the body of the calf, including sensitive areas, even in cases where the calves were not physically capable of getting up, causing unnecessary pain and suffering.”

According to the indictment, the line manager at times instructed wait area employees to unload sheep by grasping the front legs of one of the lambs and dragging it out of the transport vehicle, in order to make the other lambs follow. In one instance, according to the indictment, the deputy manager put out a cigarette on a calf's foot, causing him pain, and another time, held a calf by its eye sockets, causing it great suffering. 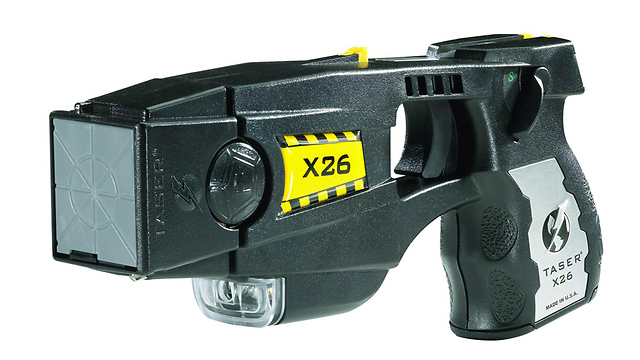 The prosecution claims, "in the actions and failures described above, on a number of instances, the number defendants themselves and through others, tortured animals and were exceptionally cruel to them in an illegal manner, and the defendants injured the animals in a number of cases.”

According to the indictment filed against two contract workers who were under the direct supervision of the manager and deputy who oversaw the area where animals were held until they were led to slaughter via a path leading to the slaughterhouse itself, the two contract workers, “with the knowledge of their superiors, under their supervision, and at times facilitated by them, used to shock calves with electric shockers as they were led from place to place, placing the shocker against different parts of the calve’s bodies, including sensitive areas such as the scrotum, buttocks, abdomen, chest, neck, head and face," the indictment said.

Tnuva responded: “Adom Adom condemns the behavior of animal abuse and condemned these unacceptable actions immediately when they were discovered. To repeat and emphasize, since the exposure of these distressing cases, Adom Adom has taken meaningful measures including dismissing the factory's manager, ending the work of the contract employees mentioned in the article, improving work procedures and others – in order to prevent the recurrence of similar incidents.

"A draft of the indictment was received by Adom Adom and it is being thoroughly reviewed. The two employees mentioned within have been released on leave, and in no case will return to work with animals.

Adom Adom will continue to raise its standard of operational excellence and ensure the excellent quality of its products to consumers.”

The activist groups Anonymous and Let the Animals Live praised the indictments, but said that they are "disappointed that once again blame is being placed on the 'gate-keepers' (lower level employees). It is outrageous that the prosecutor’s office treats the meat corporations with kiddie gloves. The criminal responsibility for animal abuse rests primarily on Tnuva and on the slaughterhouse management, and they should be prosecuted at senior levels," said Anonymous, stressing, "it was not the contractor's employees who purchased the stun guns and they were not the ones who instituted the practices at the plant. Workers were documented beating calves which failed to stand, electrifying them all over their bodies as they cried out in pain, and dragging them on the ground with a forklift. These are not exceptional cases, but routine. All that's left is for consumers to point their forks, and refuse to sponsor abuse.”

The Let the Animals Live organization claimed: "Employees of the Agriculture Ministry supervised the factory even before the expose on Kolbotek, and this did not prevent abuse. Even today the Agricultural Ministry refuses to impose effective supervision on slaughter. Even though we have appealed to them, the ministry refused to require poultry slaughterhouses to install cameras on the property, or to regularly watch via installed cameras in sheep and lamb slaughterhouses.