Senior source in National Insurance Institute of Israel says some 100,000 families are on brink of collapse despite State's financial assistance; 'I stay with my children at my parents' house'

Investigators from of the National Insurance Institute of Israel determined that the living stipends the State grants – income support, income supplement, and child allowances – cover only half of expenses needed for the right for dignified subsistence.

An official said Thursday, "100,000 families, in which one or both spouses work part time or in low-paying jobs, are living in horrific poverty."

Out of the 100,000 families in question only some are eligible to receive State grants.

The data, posted this week under the National Insurance Institute's yearly report, referred to the term dignified subsistence as an equivalent to the Israeli poverty line. The report showcased a frightening reality of the depth of poverty and the collapse of social welfare in the State of Israel. Its practical meaning is the disintegration of the final line of defense the State provides its poor citizens. 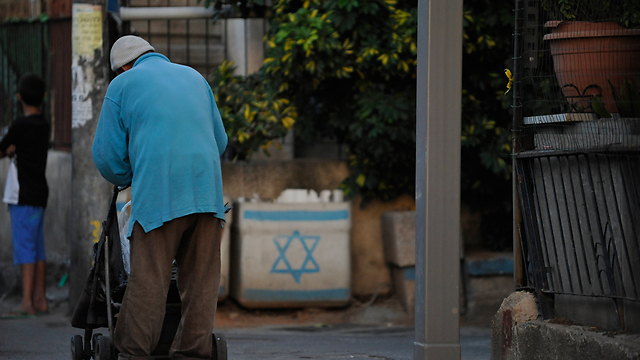 Living in poverty (Illustration photo: Benny Deutsch)
The data refer to 2012 – before child allowances were cut under Finance Minister Yair Lapid. The institution assesses these cuts will drag some 90,000 more people below the poverty line, in addition to

over 330,000 homes officially defined as poor in Israel.

'I stay with the kids at my parents' house'

Tammy, 53, is a single mother of three employed as a saleswoman in a large clothing chain. "Every day is a battle," she said. "I have no money and I have no life. It feels like the government doesn't care."

Ran Melamed, the Chairmain of the Yedid Fund, which assists at risk populations, argued that the current state of affairs is among other factors the long-term result of Prime Minister Benjamin Netanyahu's financial plan from 2003. "It's a plan that actually created the poor working class and that treads on the ability to exist for single parent families, the elderly and the disabled." 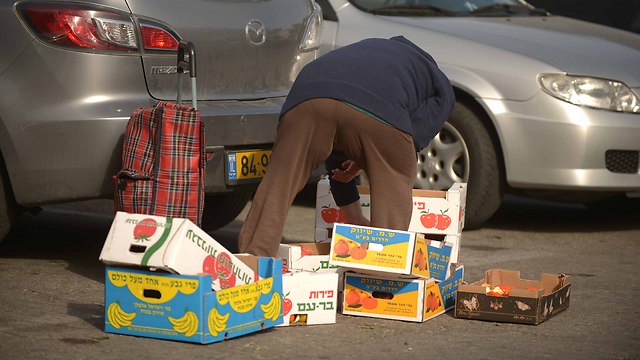 Have to choose between food and medicine (Photo: Avi Rokach)
"There are people who have to choose between buying food and buying medicine, or between heating the house or having hot water," said Rabbi Idit Lev from Rabbis for Human Rights. Victoria, 33, a resident of Ramla, is a single mother of two who is supported by an income supplement from the National Insurance Institute. "I work five hours a day to make about NIS 2,000 ($500) a month and I get NIS 900 ($150) supplement. I make do with less than NIS 4,000 ($1,000) a month, so I stay with the kids at my parents' house.

"I'm forced to work any job I'm offered; last year I was sent to work as a cleaning lady. My employer received NIS 50 an hour for me and he paid me NIS 20 an hour. I have to agree to it, to get the allowance."

Maor Buchnik contributed to this article