Five people were killed in clashes that erupted in several Egyptian cities on Friday after supporters of deposed President Mohamed Morsi of the Muslim Brotherhood took to the streets to demand the end of army-backed rule, in defiance of a security crackdown.

An Egyptian army vehicle fired live rounds in the direction of Muslim Brotherhood supporters who had been pushed away from Cairo's Tahrir Square by security forces, a Reuters witness said.

Onlookers threw rocks at the pro-Morsi protesters, who hurled them back. Riot police had earlier fired tear gas to push back the march.

Thousands of protesters headed toward the site of a Brotherhood protest camp in northeast Cairo which was crushed by security forces in August. 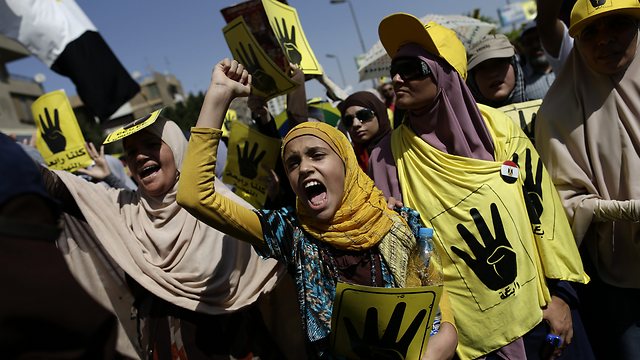 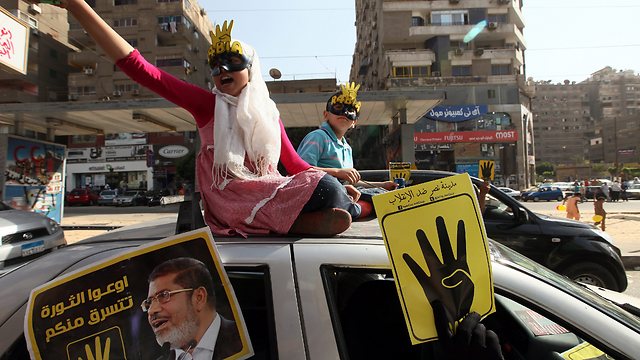 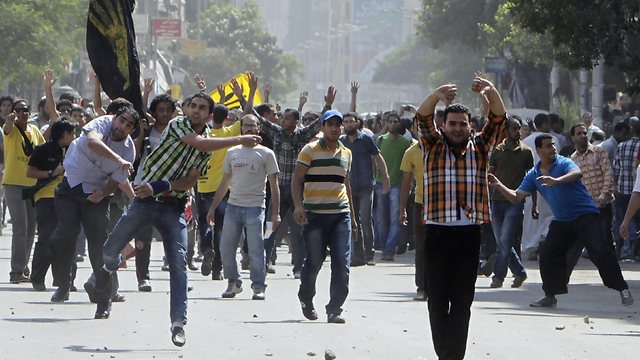 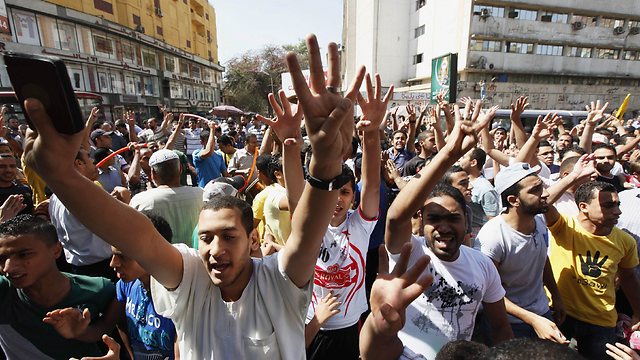 Members of the Brotherhood, which has been banned by court order, tried to reach the presidential palace but were turned back by police.

Egypt has been gripped by political and economic turmoil since army chief General Abdel Fattah al-Sisi overthrew Morsi, the country's first freely elected president, on July 3 after mass protests against his rule.

Hundreds of people were killed in mid-August when the security forces broke up Brotherhood sit-ins in Cairo. Many of the Brotherhood's top leaders have been arrested in a bid to decapitate Egypt's oldest Islamist movement.

Friday's clashes in Cairo broke out as Morsi supporters tried to enter the center of Tahrir Square, the rallying point for hundreds of thousands of protesters during the popular uprising that toppled autocrat Hosni Mubarak in 2011.

The protesters chanted loud slogans calling for the downfall of Sisi and waved Egyptian flags.