Egypt on Thursday criticized a decision by the United States to halt some military and economic aid to the army-backed government in the wake of a crackdown on the Muslim Brotherhood.

Washington's decision halts tank and fighter aircraft deliveries but continues support for counter-terrorism activities. Egypt is the second-largest recipient of US aid after Israel.

"The decision was wrong. Egypt will not surrender to American pressure and is continuing its path towards democracy as set by the roadmap," Foreign Ministry spokesman Badr Abdelatty told a private Egyptian radio station. 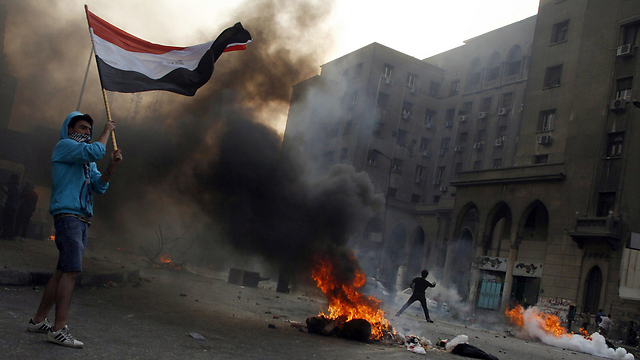 The army ousted President Mohamed Morsi of the Muslim Brotherhood in July, installed an interim government and presented a political "roadmap" it promised would lead to fair elections. 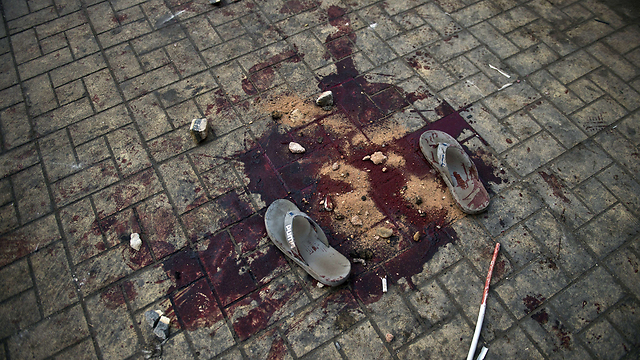 The result of violent confrontations in Egypt (Photo: AFP)

The Brotherhood refuses to work with the military, which it says staged a coup and sabotaged Egypt's democratic gains after a revolt toppled autocratic President Hosni Mubarak in 2011. 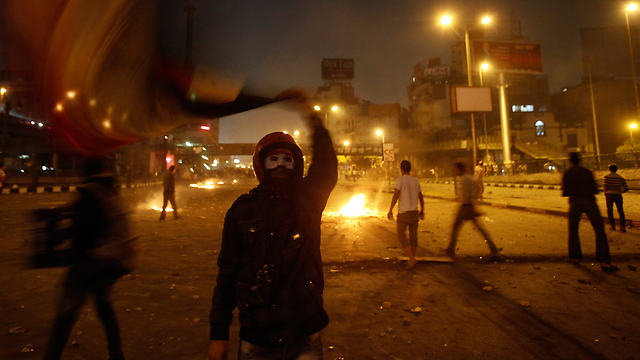 Washington said it would withhold deliveries of tanks, fighter aircraft, helicopters and missiles as well as $260 million in cash aid from the military-backed government, pending progress on democracy and human rights.

But the State Department said it would continue military support for counterterrorism, counter-proliferation and security in the Sinai Peninsula, which borders US ally Israel. It will also continue to provide funding in areas such as education, health and private sector development.

Meanwhile, Home Front Minister Gilad Erdan said Jeursalem "believes and hopes" that the US decision to cut aid to Egypt will not affect the two countries' historic peace deal.

Erdan said Israel and Egypt have maintained close ties and that there is cooperation and "constant contact" between the two countries.

He told Army Radio on Thursday: "I hope this decision by the United States will not have an effect and won't be interpreted as something that should have an effect."

Israel and Egypt's landmark 1979 peace accord is a pillar of stability between the two nations and was the first peace agreement Israel signed with an Arab state. Israel considers the US aid to Egypt to be important support for the agreement.