In the latest gesture to demonstrate that the country is taking a new diplomatic direction under new president Hassan Rohani, officials ordered the cancelation of the New Horizon Conference, due to take place next month, The Telegraph reported Thursday.

The Iranian Foreign Ministry stepped in to cancel the event which was to have featured a former US senator among 63 overseas contributors to the meeting. The Telegraph said the decision prompted a wave of hostile comments from hardliners associated with the meeting.

Former President Mahmoud Ahmadinejad caused international outrage by describing the Holocaust as a myth and calling for Israel to be "wiped off the map" at a previous conference. 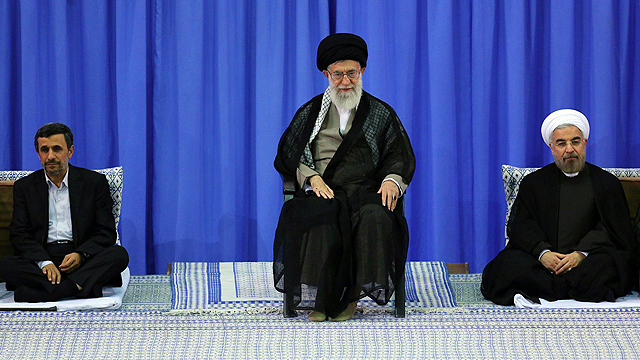 But the notoriety of the event drew hordes of extremists to Iran, including the US far-Right leader David Duke, reported The Telegraph.

Foreign delegates at the meetings would queue to meet Ahmadinejad.

Ahmadinejad's successor Rohani has made overtures to the West and in a recent interview, in which he acknowledged the historical tragedy of the Holocaust.

Hardliners believe that Rohani is selling out Iran and have attacked the new leader. Tensions between the new government and its domestic opposition were blamed for the hospitalization of Mohammad Javad Zarif, the foreign minister, with symptoms of stress on Wednesday, the British paper reported.

Nader Talebzadeh, the principle organizer, said the cancelation of the conference was "a major mistake on the part of our government".

Websites sympathetic to the organizers flooded with hostile comments, The Telegraph said.

"Have our leaders given in so much to the world that are afraid of a conference that might hurt Mr. Obama's feelings? Mr. Zarif, is this the extent of your sense of patriotism?" one user wrote.

"The latest piece from our government's show of capitulation", said another. "What happened to our foreign policy slogan of prudence and honor? Replaced with compromise and humiliation?"