Some 2,000 members of Israel's Eritrean community gathered in southern Tel Aviv's Levinski Park Saturday to commemorate their compatriots who died when a ship carrying migrants capsized of the Italian coast. At least 300 people died, mostly Eritreans and Somalis, when a ship caring over 500 migrants sank near the shores of Lampedusa, Italy last week. Those were unfortunately joined by at least another 37 in an additional boat accident along the Italian shore.

During the ceremony candles were lighten, songs were sung, and texts read in a bid to honor and remember the dead. 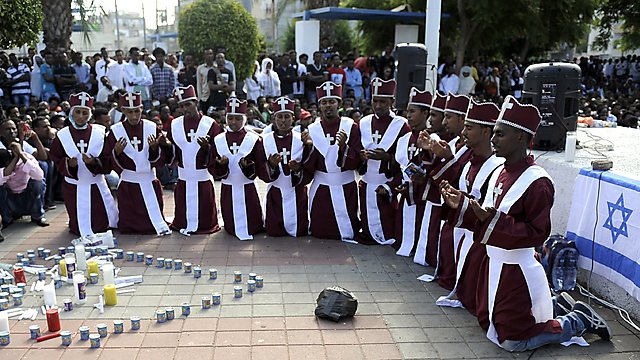 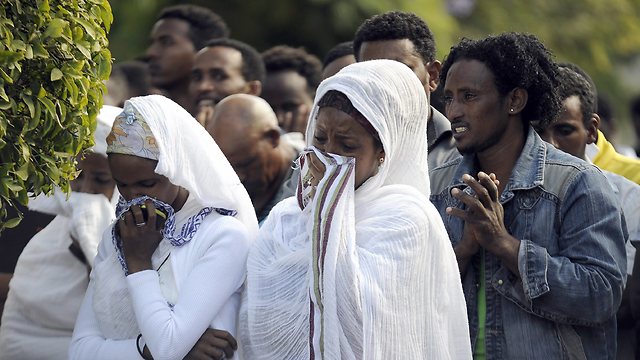 'Some have lost brothers, and even sons and daughters' (Photo: AFP) "Our brothers and sisters found their death in a tragic way while trying to reach safe shores," Davit Damuz, an Eritrean refugee-seeker, said. "They fled the oppressive Eritrean dictatorship, which torches its citizens, in a bid to live a respectable life as free people. Some of our friends here in Israel lost brothers, parents and even sons and daughters. In recent days we have been going door to door to comfort community members who lost love ones in the tragedy." Israeli human rights activists were also present at the ceremony. Sarah Robinson, a coordinator for Amnesty International Israel, said: "The ceremony was very emotional, thousands of people cried and prayed together. More than 2,000 people immigrants where killed en route to Europe since 2011, this goes to show how desperate people are to escape the dangerous and oppressive Eritrean regime which has no regard for human rights." 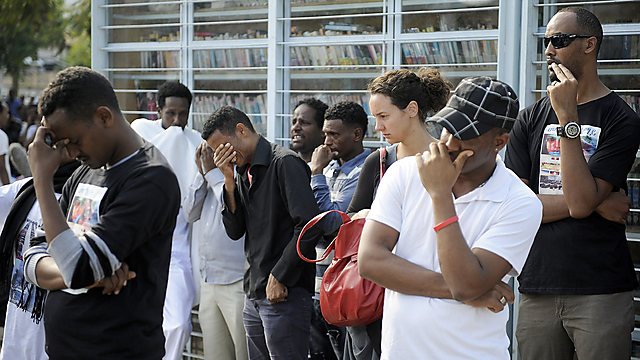 Community comes together to cry, pray (Photo: AFP) The tragic accident is one of the greatest maritime disasters Italy has known. The boat that capsized had began its journey in Tripoli in Libya, and was caring hundreds of migrants from Eritrea, Ghana and Somalia. When they ran into trouble, their smugglers instructed the immigrants to jump off board and the boat capsized. Since last week, Italian rescue services have been pulling dead bodies from the sea. As of now some 337 people have been found, among them women and children. At the time, the coastguard said it appeared that there were between 400 and 500 migrants on the boat when it sank. Thousands of desperate migrants come to Italy on unsafe, overcrowded vessels every year, with most coming to Lampedusa, a tiny island just 113 kilometers (70 miles) from the coast of Tunisia. 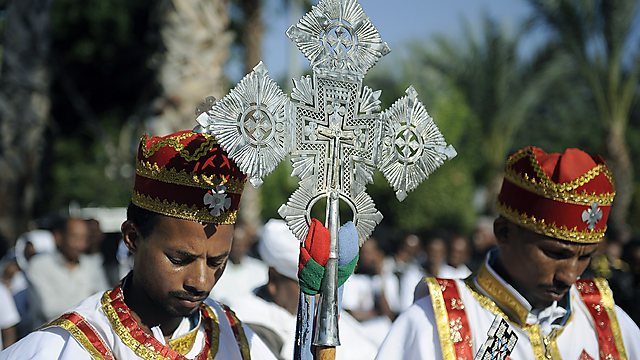 (Photo: AFP)On Friday, a migrant boat capsized between Sicily and Tunisia, and hundreds of people were in the sea, the Italian navy said, and the national news agency ANSA said corpses had been spotted. Italy's coast guard said about 50 bodies were found so far. Many of the migrants aboard have survived and helicopters are taking the injured to the Sicilian island. Coast guard spokesman Marco Di Milla said "a good number" of the estimated 200 people have been rescued.

He says the coast guard received a satellite phone call from the boat and was able to locate it based on the satellite coordinates.

Last week's disaster was one of the worst in a long migrant crisis that has seen tens of thousands of people arriving in small, unsafe boats in southern Italy. Lampedusa, a tiny island located midway between Sicily and Tunisia, has borne the brunt.

According to the United Nations High Commissioner for Refugees, 32,000 have arrived in southern Italy and Malta this year alone, around two thirds of whom have filed requests for asylum.

Although most migrants come from sub-Saharan Africa, this year many are fleeing the Syrian civil war or political turmoil in Egypt and other parts of North Africa. Many are drawn by hopes of finding work in Europe and often do not stay in Italy.