Deputy FM says Tehran will not ship uranium stockpiles out of Iran, one of key demands of world powers, ahead of Geneva talks

Iran will not ship enriched uranium stockpiles out of the country, the deputy foreign minister said on Sunday, rejecting one key demand of world powers due to resume nuclear negotiations with Tehran this week.

But the official, Abbas Araqchi, signaled flexibility on other aspects of Iran's uranium enrichment.

"Of course we will negotiate regarding the form, amount, and various levels of (uranium) enrichment, but the shipping of materials out of the country is our red line," Araqchi was quoted as saying on Sunday by Iranian state television's website.

Last week it was reported that Iran is preparing a package which could revitalize long-stalled negotiations over its nuclear program, but which falls short of a complete shutdown of uranium enrichment. 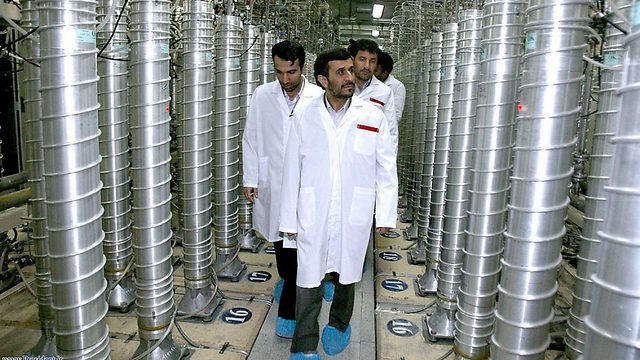 According to the Wall Street Journal, the Iranian proposals include an offer to stop enriching uranium to levels of 20% purity – a demand which Tehran has rejected in the past.

In return Iran will request that the US and European Union begin scaling back sanctions that have left it largely frozen out of the international financial system and isolated its oil industry.

Iran is also expected to offer to open the country's nuclear facilities to more intrusive international inspections, officials were quoted as saying. It is considering offering the closure of the Fordo underground facility.