Cleared for publication: Security forces arrested three suspects in connection to the murder of Colonel (res.) Sariya Ofer in the Jordan Valley on Friday.

Two of the three, Palestinians from the Hebron area, were turned over for questioning with security forces and confessed to the murder. Investigators are still probing the circumstances behind the murder.

A Shin Bet statement said that three residents of Deir Samet were arrested on suspicion of murder. Uda Farid Taleb, 18, and Bashir Ahmed Uda Kharoub, 21, confessed to the charges. 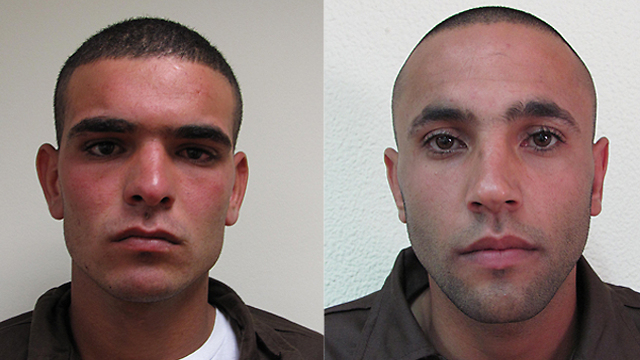 The suspects said they had visited Ofer's house some two weeks ago. This was in line with information provided by Ofer's wife Monique, who said that she and her husband noticed Palestinian youths outside their house earlier this month.

Earlier on Sunday, it was reported that defense officials estimate that the murder was not a terror attack and was likely criminally motivated.

Initially, the IDF and Shin Bet believed the murder was a terror attack, based on indications from the scene and the testimony of Ofer's wife who said she and her husband were assaulted by Arabs.

Security forces are now looking into the possibility that the murder was the result of a botched up plot by Palestinians to steal property from the vacation village of Brosh HaBika.

Prime Minister Benjamin Netanyahu addressed the issue during Sunday's cabinet meeting and revealed his own personal connection to Ofer. "He was a classmate of my brother Ido. He visited our house many times. A mature, serious kid who later went on to have a huge contribution to the IDF and state security as part of his IDF service."

Ofer's wife Monique said Saturday from her hospital bed in Afula, "The state must act forcefully to get a message across to these people. Yaya (Sariya) was an incredible man who was beaten down by two villains."