According to Carmi Gilon, who served as Shin Bet director during the assassination of Prime Minister Yithak Rabin in 1995, the roots for the next political murder are planted within "price tag" activists. "Today they call it 'price tag' because there is no actual threat of returning territories, but this is where the foundations lay for the next (political) murderer," he added.

Gilon spoke at a ceremony at the Holon Institute of Technology marking the 18th anniversary of the murder of Rabin. He widely addressed the issue of the Hilltop Youth and price tag activities and said: "When the Latrun monastery is spray-painted, it troubles the entire Protestant world, and we cry about anti-Semitism? Those who seek to destroy and devastate us come out of us."

While Gilon made his remarks, an indictment was filed with the Jerusalem District Court against 11 teens, who are accused of carrying out several price tag acts in Jerusalem's Sheikh Jarrah neighborhood during August and September. According to the indictment, they acted "with intent to harm the property and lives of Arabs," and are accused of damaging property and endangering lives. 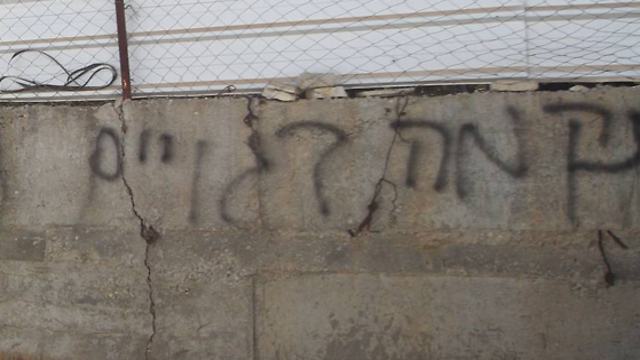 Price tag in east Jerusalem (Photo: Gil Yohanan)
The charges attributed to the minors include scratching vehicles, throwing stones at cars in which they thought there were Arab passengers and puncturing tires. It was further claimed that in one instance, the youths shattered a bus windshield.

A representative for three of the boys said: "Ultimately, we will see the mountain gave birth to a mouse. The suspicions were proven wrong and the severe offenses that were alleged to (the boys) during their hearings were omitted from the indictment. These are children that belong in schools, not courthouses." 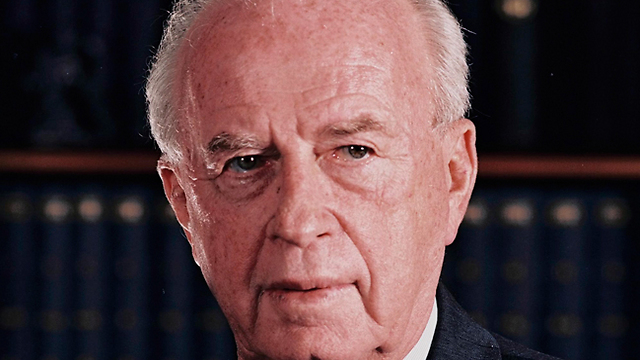 Yitzhak Rabin (Photo: Yaakov Sa'ar, GPO)
In his speech in Holon, Gilon criticized the futility of the law enforcement establishment in dealing with the price tag phenomenon. Gilon called on State Prosecutor Moshe Lador to firmly treat these incidents as he decisively deals with corruption. "They say (price tag activists) cannot be dealt with both because they are children and because the law does not allow it, but the Shin Bet can discourage children, provided there is an adult by their side," he said. "I do not know of a 15 year old who sprays graffiti on a monastery and there is no adult who knows about it. The real failure has an address, and it is the law enforcement agencies." Gilon also addressed the responsibility that lays on the rabbis, and their backing of radical right-winged operations: "Behind the Jewish underground, such as Yigal Amir, were rabbis. We know who they are but it requires courage to deal with them. Everyone says it is a political (issue) and we may be criticized for it." Referring to the murder of Rabin, Gilon was asked about the problematic use of Shin Bet agent Avishai Raviv. "Surely there is fault in operating such agent, but Avishai Raviv was like any other agent in a drug investigation or one that is (gathering intel) on Hamas , and got out of control," he said. "Once that happened, his operation with discontinued." Gilon was asked about other issues as well, including the possibility of an Israeli attack in Iran. Gilon criticized Prime Minister Benjamin Netanyahu and said: "The reality of 'a people dwelling alone' is unrealistic. Netanyahu too knows that no plane will lift off from Tel Nof (IAF base) without the Americans." The events marking the anniversary of Rabin's murder began Tuesday, and at a ceremony held at the Presidential Residence in Jerusalem, son Yuval Rabin protested the widespread connection in Israel between his father and the waves of terror since the Oslo Accords : "I would like to bring up several phrases that became prevalent, such as 'Oslo criminals,' or the use of the words '20 years of terror.' Is this terror really the direct result of Oslo? Jews have been dealing with Palestinian terror since the previous century."