Soldier flying to Tajikistan to look for his mother

Natan Aminov has not seen his mother since he was a baby. ‘I want to get to know her again...to tell her about my life in Israel,' he says before boarding flight with woman who fostered him in Israel

One small photo, slightly worn, from many years ago, in which a young woman smiles into the camera. It is the only thing IDF soldier Natan Aminov, 20, has from his sick mother. He parted with her in Tajikistan when he was one-year-old.

On Thursday, he is boarding a plane for a journey that will take him to her and perhaps provide him with the answer to the question that has haunted him throughout his life: Why did she try to hurt him when he was a baby? "I have so many questions to ask her that I do not know where to start. I'm so excited. I want to have closure," he said.

On Tuesday, Aminov began packing his bag for the special trip. Gifts for his mother and pictures of his life in Israel blend into the heavy baggage of unanswered questions. He has not seen his mother's face in years, except for the small picture he always kept close to his heart. Even if he met her on the street, he would not recognize her. From his point of view, she is a woman completely foreign to him. 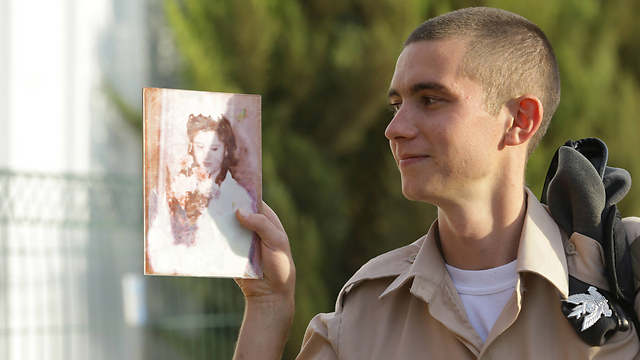 Natan Aminov and photo of his mother (Photo: Gadi Kabalo)

Aminov was born to Jewish parents living in the Jewish community of Tajikistan. When he was a baby, his big sister was killed by falling from a height. Her death greatly affected the young family's life . His mother suffered from illness and his father was the only one who cared for him. According to the stories he has heard, when he was one-year-old, his father prevented her from harming him. From that moment forward, his father understood that Natan’s mother was not fit to raise him and that his life could be endangered. 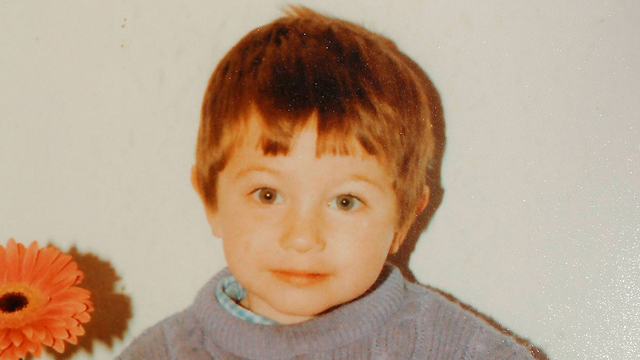 Natan’s father made a decision: he would take his son and move to Israel, and so he did. Natan’s mother was admitted to a local hospital and the father and son made aliyah. In Israel, the situation was still difficult, and Natan’s father came to a point where he felt he could not raise his son. At the age of four-and-a-half, social services transferred Natan from his father's care to a foster family under Vicki Dino of Kiryat Gat. Natan’s father became religious and disappeared, as did the relationship with his young son.

Aminov grew up, went to school in Kiryat Gat, and today serves in the Israeli Air Force as a technician of Hercules planes. “All my life I dreamt of the day when I could see my mother in reality,” Aminov said. His mother apparently is currently hospitalized. 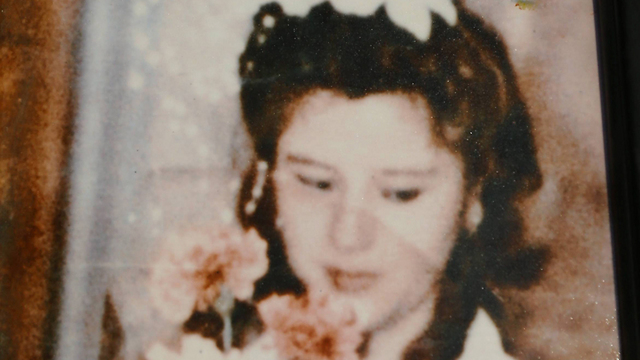 The only photo Aminov has of his mother (Photo: Gadi Kabalo)

Natan’s flight was paid for by anonymous donors and the Association for the Wellbeing of Israel's Soldiers, as part of the “Missing Home” project, Nefesh b’Nefesh, and the Friends of the IDF (FIDF)

"I know she's waiting for me, that she wants to see me as well. I want to get to know her again, to hear what has happened since and what happened before, to tell her about my life in Israel," said Aminov. According to him, "There was an incident in which she tried to hurt me and I want to find out what happened that day. I hope I can get answers."

Aminov says he is not thinking of bringing her to Israel at the moment, "but I do want to go there and see what can be done for her, and so that we can keep in touch. I will go and see what happens. I bought her gifts, especially warm clothes, because I heard it is cold there."

Aminov is very excited, but he will not be alone. Vicky, who heads his foster family, is accompanying him. She tells of an instance when he was six-years-old, "One day he went out alone and started walking. He disappeared on us. We could not find him. We started running around the city like crazy, looking for him, we called the police, neighbors, relatives, everyone got up and went out looking for him. A few hours later, we found him sitting on a bench in a small park in the city. When we got home later, I saw that he had left a note – 'I'm going to look for my mother.’” She said she did not notice the note when she began looking for him. "It was a very difficult incident, etched in my memory to this day, it was really traumatic for me. From an early age, he wanted to meet his biological mother. He is a lovely, sensitive boy, a special, mature boy; with the years, he became a serious man. In the army as well he is very loved. His commander, Yaniv Jeanot, took him under his wing and helped him all the way, as if he were his own son," said Vicki.