Report: US may free up frozen Iranian assets, funds

In light of Iranian readiness to resolve nuclear issue, US considers allowing Iran access to frozen assets, despite assurances made to Israel prior to Geneva talks

The New York Times reported Friday that according to a senior administration official, the US is weighing a proposal to ease sanctions on Tehran by offering it access to billions of dollars in frozen funds if the Iranian government takes specific steps to curb its nuclear program.

The easing of sanctions is being considered in light of Iran's willingness to achieve a solution in regards to its nuclear program as part of talks with six world powers this week in Geneva.

According to the NYT, such a plan, under which the United States could free up Iran's frozen overseas assets in installments, would avoid the political and diplomatic risks of repealing the sanctions. The senior official added that it would also give President Obama the flexibility to respond to Iranian offers that emerge from the negotiations without unraveling the global sanctions regime the administration has spent years cobbling together. 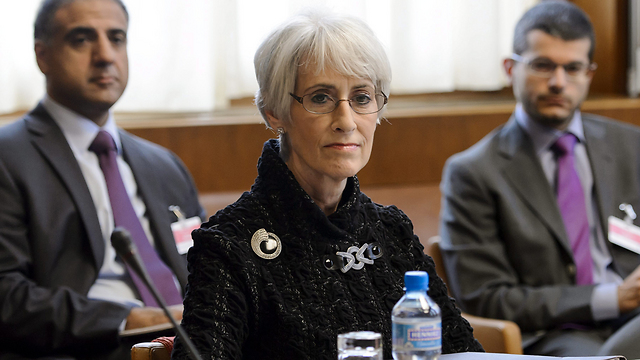 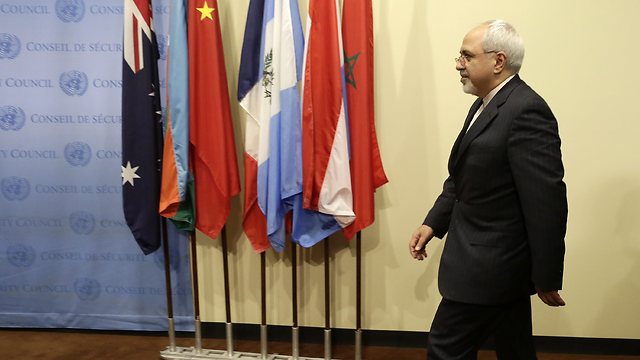 Mohammad Javad Zarif in Geneva (Photo: EPA)
Prior to the talks, US officials assured their Israeli counterparts they do not intend at this time to ease US sanctions on sectors such as energy, banking or shipping, which severely affect the Iranian economy.

Although the talks in Geneva did not bring about a breakthrough, the parties concluded the talks with optimism. White House Spokesman Jay Carney said that for the first time, "the Iranian proposal was a new proposal with a level of seriousness and substance that we had not seen before."

However, he mentioned that "no one should expect a breakthrough overnight. These are complicated issues. They are technical issues and as the president has said, the history of mistrust is very deep."

Iranian Foreign Minister and chief negotiator Mohammad Javad Zarif said the talks were fruitful and useful. "We sense that members of the (six powers) also have exhibited the necessary political will in order to move the process forward." Meanwhile, European Union foreign policy chief Catherine Ashton said that the six powers are carefully examining the proposal submitted by the Iranians. A senior US administration official said he has "never had such intense, detailed, straightforward, candid conversations with the Iranian delegation before"; however he added that much work still needs to be done. According to him, "although there remain many differences in each area, and what sanctions relief might be appropriate, specific and candid discussions took place."

Immediately after the talks, American officials at the House of Representatives demanded that Iran completely halts uranium enrichment before seriously discussing easing or revoking of sanctions. Others even called for an escalation of economic sanctions, regardless of nuclear talks in Geneva.