Citing a basic imbalance in powers, two right-wing MKs have launched a legislative initiative aimed at curbing the Supreme Court's powers over the Knesset.

Habayit Heyhudi MK Ayelet Shaked and Coalition Chairman MK Yariv Levin, with the support of Economy Minister Naftali Bennett, intend to change the Judicial Nomination Committee, put the election of the Supreme Court's president up for a Knesset vote and allow the Knesset to uphold laws repelled by the Court. In response, Justice Minister Tzipi Livni has vowed to fight "any attempt to harm the Supreme Court and the State of Israel as a Jewish and democratic state."

In the next few days the two will put forward a bill which determines that the Supreme Court can only strike down laws with a two third majority in a special panel of nine justices – for limited reasons. 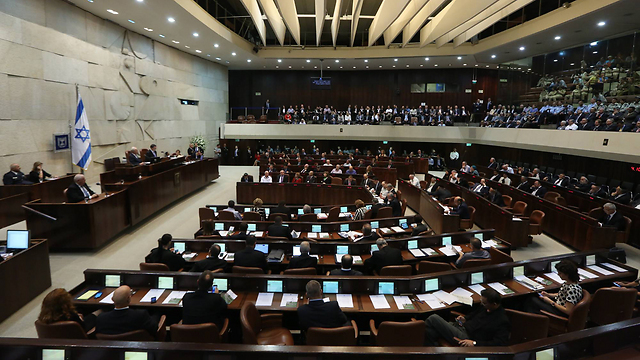 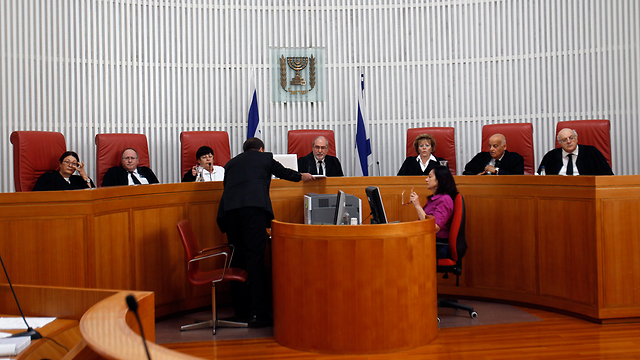 Another bill promoted by the two calls for a reduction of the Supreme Court's representatives in the Judicial Nomination Committee, from three to one.

Echoing past claims from the Right that the Supreme Court's judges are "Leftists who are out of touch with the people," the proposal, say Shaked and Levin, aims to form a panel which "faithfully expresses the range of public opinions, and at the same time gives adequate weight to professional elements and to the academy."

Apart from their joint efforts, Shaked and Levin are both pursuing additional legislation in the same spirit. Shaked is pushing for an amendment to the Basic Law: Human Dignity and Liberty meant to uphold legislation repelled by the Court.

According to the proposed amendment, the Knesset will be allowed to vote again on a repelled bill, such as the Infiltration Law, and pass it again with a special majority.

MK Levin intends to put forward a bill which gives the Knesset the power to elect the Supreme Court's president.

Citing "diminishing public trust in the judiciary" and "continued breach of the judiciary into the legislature and the executive branch," Levin said the bill will "give adequate expression to prevalent public opinions and strengthen the Knesset's power vis-à-vis the judiciary."

Levin said his new cooperation with Minister Bennett and MK Shaked is "another important step in my prolonged struggle to change the face of the judiciary, putting it back on a more Jewish and Zionist track."

Shaked added: "The Knesset, as the sovereign in a democracy, has the right of the final say on matters of principle. In the last 20 years a constitutional revolution has taken place which diminished the power of the legislature and the executive branch and made the judiciary supreme."

Centrist-leaning members of the coalition have united with the Leftist-led opposition in criticism of the proposed legislation, which Justice Minister Tzipi Livni ( Hatnua) called "an attempt to harm Israeli democracy."

Livni added: "Levin and Bennett's dangerous proposals are meant to weaken the Supreme Court and I'll oppose it wholeheartedly. The politicizing of the judiciary will not only diminish its standing and role, but also lead to loss of public trust in the system."

Education Minister Shai Piron (Yesh Atid) slammed the initiative and said: "This is a very serious act. Israeli society must revolt against such irresponsibility and preserve the Supreme Court," Piron said, and warned: "Those who wish to score political points by raising their hands against the Supreme Court – back off."

Opposition Chairwoman MK Shelly Yachimovich said: "The Israeli public wants democracy and will not let it be trampled over by a handful of undemocratic MKs."

"The whole purpose of these bills is to intimidate the Supreme Court. The Right is forgetting that democracy does not only mean majority rule but respecting minority rights," she added.

Meretz Chairwoman MK Zahava Gal-On accused Bennett and Levin of aiming to "kill Israeli democracy," adding that "The far Right is trying to politicize the court and ruining the only institution that defends human rights, paving the way for a complete tyranny of the majority."