Hamas says it's responsible for tunnel under Gaza-Israel border

Hamas Islamists in the Gaza Strip claimed responsibility on Sunday for a tunnel that Israel said was found beneath the heavily fortified Israel-Gaza frontier.

A website for a Hamas radio station called Al-Aqsa said the group's armed wing was responsible for what it called the "Khan Younis Tunnel," named for a part of the coastal territory where the subterranean passage was found.

Abu Ubaida, spokesman for the Islamist group's military wing, said in an interview broadcast by the station that the movement's armed brigades "dug the tunnel, they were responsible for it."

Ubaida said the tunnel had been dug in an effort to try and force Israel to release some of the thousands of prisoners it holds in its jails. In 2011, Israel freed 1,027 inmates for the return of soldier Gilad Shalit, who terrorists had captured and spirited across the Gaza border in 2006 through a tunnel. 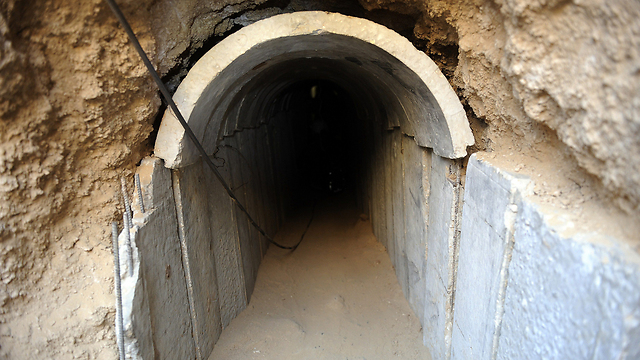 Israel announced a week ago the discovery of the latest tunnel, which is 2.5 km (1.5 miles) in length, along the Gaza frontier, and accused Hamas of being behind its construction. 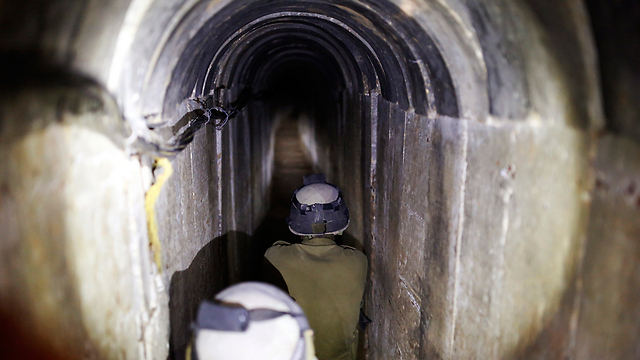 The Israeli military said the tunnel, dug in sandy soil, had been reinforced with concrete supports. Israel responded by halting the transfer of building material to Gaza.

For years, Israel had refused to allow these goods into the territory because it said terrorists would use them to build fortifications and weapons. In 2010, as part of its easing of its internationally-criticized Gaza blockade, Israel gave foreign aid organizations the green light to import construction material for public projects. Last month, Israel resumed the transfer of cement and steel to Gaza's private sector. Hamas seized the Gaza Strip in 2007, a year after winning a Palestinian election, from forces loyal to Western-backed President Mahmoud Abbas. The movement is shunned by the West over its refusal to renounce violence and recognize Israel.