The United States Congress canceled the delivery to Turkey of 10 Predators - unmanned aerial vehicles (UAVs) - following Turkish intelligence chief Hakan Fidan's disclosure of the identity of 10 Iranians who had been allegedly working for Mossad with the Iranian intelligence service, the Turkish newspaper Taraf daily reported.

According to the report, the claims about Fidan can be traced back to the year after the Mavi Marmara incident in 2010 when the Turkish intelligence service suspended relations with the Mossad and shared information about the Israeli agency with Iran.

Turkey has been expecting the UAVs in June, 2012, but Congress decided not to confirm the Turkish request, due to its intelligence service's tight relations with Iran's. 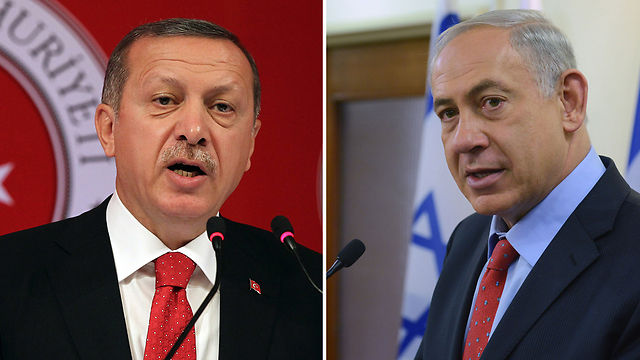 The Turkish news website Zaman reported that according to Turkish government sources, the timing of the release of news against Fidan in the US press is related to the fact that NATO member Turkey has chosen a Chinese defense firm sanctioned by Washington to co-produce a $4 billion long-range air and missile defense system, rejecting rival bids from Russian, US and European firms.

The second fact concerning the timing of the news reports about Fidan is the suspension of a military intervention in Syria and agreement between US President Barack Obama and Russian leader Vladimir Putin on the destruction of chemical weapons. In the event of a possible intervention, the CIA, Mossad and Turkish intelligence services were planning to work together and Turkey was expected to play an important role in directing the Syrian opposition. The suspension of the intervention decreased the need for intelligence sharing between the agencies.

Last Thursday, David Ignatius, a columnist for the Washington Post, revealed that Turkey exposed to Iran the identities of up to 10 local spies who met in Turkey with their Mossad operator.

Ignatius, who has many sources in the Obama administration, noted that Israeli intelligence services operated its spy ring in Iran from Turkey, due to easy traffic across the border between the two countries.

According to the Washington Post, knowledgeable sources termed the Turkish move a "loss of significant intelligence meant to harm Israel."

Israeli rage over the exposure of its agents has been proposed as the reason for Prime Minister Benjamin Netanyahu's prolonged refusal to apologize to Turkey's Prime Minister Recep Tayyip Erdogan for the Gaza flotilla incident.

Last March Netanyahu finally called Erdogan and apologized, in the presence of President Barack Obama during his visit to Israel.

However, negotiations over the reconciliation agreement are at a stalemate.