Beit Shemesh's national-religious and secular residents were disappointed Wednesday as the municipal election results became apparent. Despite forming a united front against haredi extremism and rallying around secular candidate Eli Cohen, incumbent mayor and Shas member Moshe Abutbul retained his seat and was re-elected as mayor. "Unfortunately the winner here is the religious war that was imposed by Abutbul," Cohen told Ynet Wednesday morning. "It happened instead of discussing municipal issues, which (were supposed to be) the real campaign."

Cohen refuses to give up: The police are still investigating whether hundreds of fake IDs that were found in the city had been used in the elections, while the Elections Committee awaits the votes of IDF soldiers. It is hard, however, to say that Cohen is optimistic: "The gap is small and the results could be different, but what is important here is that Beit Shemesh is radicalizing. I hope the mayor will change his ways and build a society that respects all of its citizens and people, including seculars, traditionalists, religious-nationals, new and old olim." 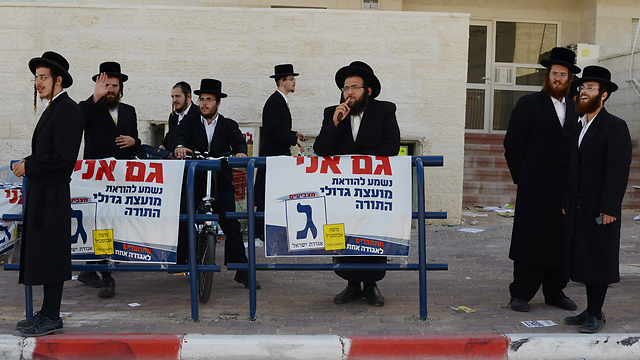 According to estimates, some 45% of the city's population are haredim, including anti-Zionists, and it is only a matter of time until they become a majority. Cohen will most likely reassume his position as vice president at Mekorot, the national water company, from which he took an unpaid leave for the duration of the election campaign, and intends to continue serving as a council member in the Beit Shemesh municipality.

"It is still hard to analyze the results because I don't have all the data from the polling stations," Cohen said, "but it is clear that the expectation for higher voter turnout among non-haredi crowds did not materialize." In regards to the atmosphere during the elections campaign Cohen said: "The campaign was full of verbal abuse, including using terms such as 'Nazi', 'damn you' and 'goy' that were all used against me personally by the Abutbul camp. It is the result of incitement within the haredi community by baseless lies and slander."

Hadassah Margolis: Will not return

The parents of Na'ama Margolis, who two years ago became one of the symbols of the struggle against the exclusion and degradation of women by haredi extremists, left the city last summer, however are still registered as residents and came back on Tuesday to vote for Eli Cohen.

Margolis drew nationwide attention after she was spat on by a haredi man who claimed she was not dressed "modestly enough."

"I am disappointed by the results," said mother Hadassah Wednesday morning. "There was a feeling that he would be elected and things may change." Margolis stressed that the reasons for their relocation are unrelated to the spitting incident. "We left for personal reasons," she said. "Otherwise I would have stayed and kept fighting for the city. It was very important for us to vote." Hadassah fears that Abutbul "would only care for the people who voted for him. That's what we saw until now. I hope I'm wrong. Everyone I know voted, but apparently it's not enough. All of the haredim went to vote."

However, Margolis said it is too soon to tell whether these elections will drive the crowd of seculars and religious-nationals out of the city. "We thought that we might return if Eli Cohen was elected, but we will most certainly not come back after Abutbul was put back in office."