Saudi Arabia's government sought to snuff out a campaign to end a ban on women driving, warning on Wednesday it would use force to stop any protest aimed at overturning the ban.

Saudi women's rights activists posted online photographs and video clips of themselves defying the ban this month after some members of the Shoura Council, an influential body that advises the government, called for an end to the prohibition.

Saudi Arabia is the only country in the world where women are barred from driving, but debate about the ban, once confined to the private sphere and social media, is spreading to public forums too.

The Saudi Interior Ministry said calls on social media for "banned gatherings and marches" to encourage women to drive were illegal.

"The Interior Ministry confirms to all that the concerned authorities will enforce the law against all the violators with firmness and force," the ministry said in a statement carried by state news agency SPA. 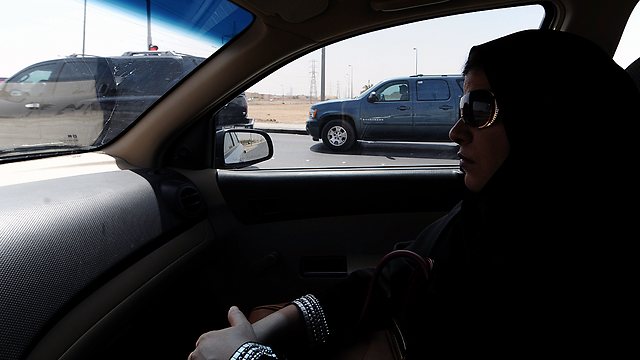 There is no specific law that prevents women from driving in the conservative kingdom but they cannot apply for driving licenses and some have been arrested on charges relating to public order or political protest after getting behind the wheel.

The "October 26 Driving" campaign has asked Saudis to put its logo on their cars and called upon women with international driving licenses to get behind the wheel that day, while urging other women to learn to drive.

Conservative supporters of the ban, including members of Saudi Arabia's powerful clerical establishment, have said allowing women to drive will encourage the sexes to mix freely in public and thus threaten public morality.

On Tuesday, Saudi news website www.sabq.org said that 200 Muslim clerics and preachers had visited the royal court in the Red Sea city of Jeddah to make a case against women driving.

"We came to the guardian (King Abdullah) to clarify the seriousness of this period," Sabq quoted Sheikh Nasser bin Salman al-Omar, secretary-general of the League of Muslim Scholars, as saying.

"If those behind the conspiracy of women driving approach the house from the back, the sheikhs wanted to come through the front doors," he added.