Story of Bulgarian girl found with Greek Gypsy couple draws attention to culture of Gypsy communities around the world, including Israel

The story of Maria, the fair-haired child found with Gypsies in Greece, stirred ancient fears among European citizens of the Gypsy minority spread around the continent. The Gypsy population, which suffers a negative image of poverty and neglect, now has to thwart accusations of child trafficking, neglect, and abuse.

"This is just an opportunity to attack the whole community," a member of Israel's Gypsy community, consisting of some 2,000 people, said of the story that riveted the world.

Amon Saleem, the founder of the Domari Society of Gypsies in Jerusalem, was not at all surprised by the hostile atmosphere in Europe in recent days following the discovery of the Bulgarian child with Gypsies in Greece. 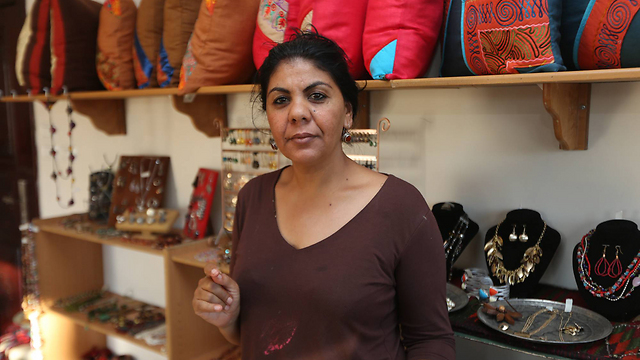 Amon Saleem (Photo: Gil Yohanan)
"We were treated with hostility in Europe even before the story of Maria," she said. "Without really knowing what happened they accuse them of abduction and abuse. Instead of thanking God the girl is alive – that they took care of her as their own – they accuse them of battery. I've suffered discrimination and prejudice all my life as a Gypsy. I'm afraid it's a part of our lives." Saleem has followed the story that fascinated Greece in recent days, and talked to her friends who are leaders of Gypsy communities in Europe. It's easiest, she said, to point out a weak population as the one at fault.

"All the friends I talk to have heard and are talking about this story," Saleem said. "They take one or two incidents without knowing what happened there, and they project it to all Gypsies. They look for fair children among the Gypsies because they think it's an epidemic. 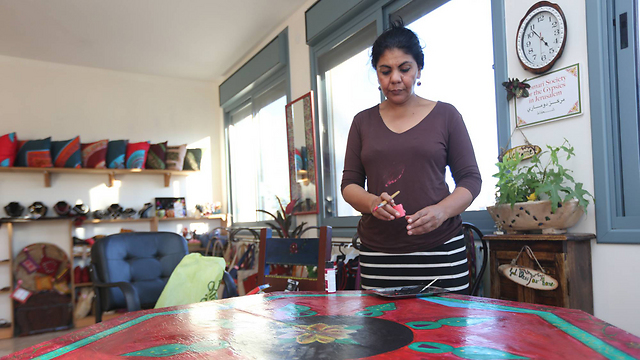 Amon Saleem (Photo: Gil Yohanan)
"In Ireland, they took a blonde girl from her parents, and after a DNA test proved she was theirs, they just gave her back. No one bothered to investigate the other side: Did the girl from Greece's parents abandon her? The Gypsies are accused right away." The mukhtar (leader) of the Gypsy community in Israel, Abed Saleem, however, said he never heard about the case. The origin of Gypsies is in India and it is assumed they reached Europe in the Mideast in several waves of immigration. Noga Buber-Ben David, who has studied Israel's Gypsy community, said that Gypsies in the Mideast settled in Syria, Lebanon, Jordan, Iraq, Jerusalem, the West Bank and Gaza. For over 400 years, Jerusalem has been home to a few hundred families from the Middle East branch of Gypsies, known as the Domari. In the 1800s, they lived mainly in tents in the Wadi Joz neighborhood, just outside the ancient city walls. Over the past century, however, many gradually moved inside the Old City, to the Burj Laq Laq neighborhood, near the Lion’s Gate. Today, the Old City’s Domari community consists of some 150 families, or 2,000 individuals, who live in low-standard housing. Meanwhile, other local Domari families have resettled in Arab villages on the outskirts of Jerusalem and in the West Bank and Gaza. By now, most have traded in their tents for homes, albeit cramped ones. They usually live with their extended family, which can include several generations under one roof.

The Gypsy community in Israel today is made up of three central families: Saleem, Nadeer, and Nuri. Over the years the community has assimilated in Arab culture, and most are Muslim by faith. 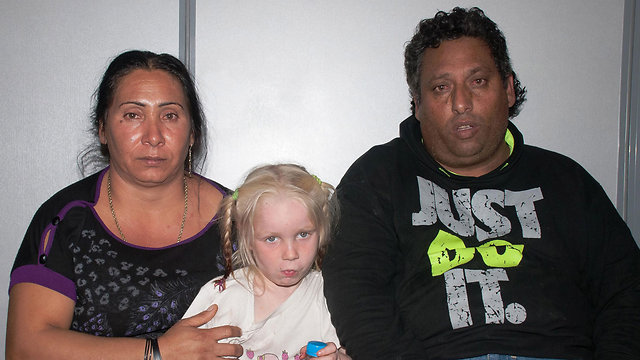 Maria, who was found with Gypsies in Greece (Photo: EPA)

Even within the local Arab community, the Gypsy community suffers from prejudice and humiliation. They are sometimes offensively referred to as "Nawari" – "black" or "dirty" – and suffer misinformation at best and racism at worst at the hands of local community.

"Even if there are mixed marriages," Buber-Ben David said, "It's usually with low-income families. In east Jerusalem, marrying a Gypsy is not exactly something to be proud of."

Though the Israeli Gypsy community is mostly Muslim, and the European one is mostly Christian, parallels can be drawn between the European and Israeli Gypsy communities on the socio-economic level. Poverty and unemployment are the fate of many Gypsies in Israel. Many of them are forced to drop out of school, leading them to less advantageous service positions and a loop of scarcity.

Reality has been and is changing, though, for the Gypsy community in Israel. Amon Saleem, for example, knew one thing for sure – that she was not willing to live by the stark reality of the society to which she was born. When she was a young girl, she was sent to beg for money, but refused emphatically. She managed to stay in school and received higher education, and 13 years ago started a foundation meant to promote education and awareness of the Domari.

Amri Kabiri, a Jerusalem lawyer who joined the effort to promote the status and well being of Gypsies in Israel, was surprised to learn of the mere existence of the community. "I've never heard of Gypsies in Israel," he said. "I looked into it, and I couldn't find any reference to Gypsies in the census. I told Saleem that and she said that it wasn't surprising in a place where being a Gypsy is almost considered a swear word. The more I looked into it, the more I found documents affirming the existence of the population. It was a good surprise for me." The Jerusalem municipality in recent years has been committed to raising the Gypsy community from the educational, financial and social slum it was in. "We were in bad shape," mukhtar Abed Saleem said, "But we got a lot of help with actual budgets, reading and writing courses, and community centers." The mukhtar used help from the municipality to promote children's education and encourage women to go out and gain employment and education.

The new reality, Buber-Ben David explained, created a paradox. "On the one hand there is an encouraging process of gaining education; women have realized that the way to break the cycle of poverty is to go out and learn. On the other hand, this creates a society in which more and more educated women from within the community are not interested in marrying inside the Gypsy community.

"Either way, the Gypsy community in Israel is going through a very impressive change – from a poor, unemployed community to a hotbed of cultural, educational, musical and social doing. I doubt there is another Gypsy community in the world that went through such significant changes in such a short while."

Gili Hirsch contributed to this article