Bennett: Palestinian state a mistake, will work against it

Economy Minister and Habayit Hayehudi Chairman Naftali Bennett held a press conference and commented on Sunday evening's governmental decision to release the second batch of Palestinian prisoners. Bennett, who vehemently opposes the prisoner release, but whose party remains a key member of the government, claims the Habayit Hayehudi has been under attack in recent days. "Its goal is simple: To tame and subdue us, to push us into the herd and its opinions. But we have different opinions."

Addressing the expected release of 26 Palestinian prisoners this week, Prime Minister Benjamin Netanyahu said in the Likud faction meeting: "My heart goes out the bereaved families. But our decision is a necessity of the reality we live in. We need to navigate a complex international arena and this forces us to take into account different factors." He added that all members of the government must "act responsibly" now that a decision on the matter has been reached. 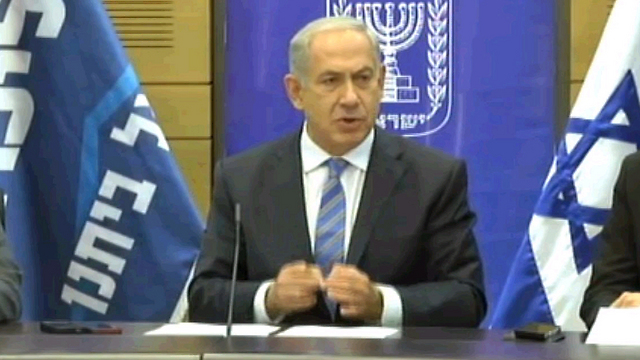 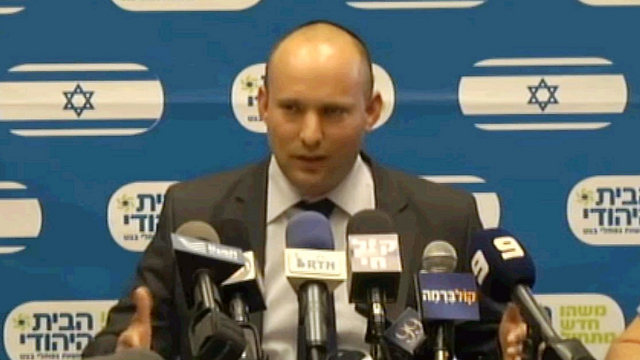 However, despite the recent wave of criticism and his own objection, Bennett refused to comment on his continued partnership in the government, which okayed the prisoner release.

Instead, Bennett repeatedly commented on what he called an unprecedented attack on his party. "I haven't seen such an attack (on a political figure) since what Netanyahu went through in the days of the Oslo Accords," he said. "If you support the idea (of a Palestinian state) you are supported, if you think it is mistaken then you are dubbed a radical right-winger, a fascist, violent or any other slur thrown around recently. It won't do any good, we will not be silenced. We have our opinions and we are proud of them," Bennett said. Regarding the failed Habayit Hayehudi bill which attempted to block all future releases, Bennett said "we are attempting to draw red lines regarding prisoner releases. We have reached the point where we are releasing 100 terrorist for nothing – that is for holding negotiations with Erekat. "Our bill pertains to any future deals in which releases will be proposed as goodwill gestures. We want the Shamgar Report – which calls for an organized policy in this regard to be formulated - to be adopted."

Spit in the face 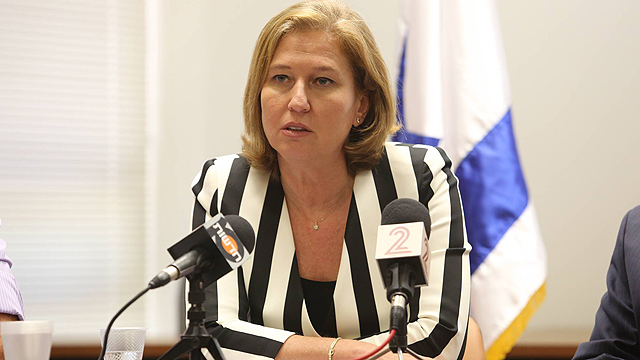 Justice Minister Tzipi Livni (Photo: Gil Yochanan)
Livni also commented on the incident in which a "hilltop youth" spat at MK Elazar Stern, apparently due to his support of the release of prisoners. "During the elections we saw soldiers fall in love with the 'brother' (Bennet's campaign slogan). In my eyes, he who doesn’t condemn spitting on an IDF general is no brother," Livni said. MK Amram Mitzna added that "what the Habayit Hayehudi is doing is incitement, plain and simple. I suggest that we take a good look at which hotbed first fostered such 'wild weeds'. These things need to be treated with the utmost severity."

Sunday, the coalition was astir when the Ministerial Committee for Legislative Affairs rejected a Habayit Hayehudi bill that attempted to block the release of Palestinian prisoners.

Among the bill's backers were Aharonovich and Sufa Landwer, both from Yisrael Beiteinu, who supported the previous release in the cabinet vote last July.

Commenting on their change of stance, a Likud senior member called their vote a "price tag" for Moshe Leon's failure at the Jerusalem mayoral race.