Hurricane batters Britain, spreads to Germany, Sweden, Holland, Denmark, France. Among the victims, 17-year-old girl killed in her sleep when tree fell on her house. Crane collapses on cabinet building in London, none injured

Hurricane strength winds battered Britain, the Netherlands and Scandinavia on Monday, killing at least 13 people, cutting power and forcing the cancellation of hundreds of flights and train journeys.

Gusts of up to 99 mph (160 kph) lashed southern England and Wales in the worst storm recorded in Britain in a decade. A Danish man was killed when the storm later struck Scandinavia with undiminished force.

Southern Sweden was hit by torrential rain, and winds up to 38 meters per second blew down trees, blocking roads and bringing down power lines, leaving around than 50,000 households without electricity.

The storm had barreled in overnight, leaving a trail of damage across parts of southern Britain as the rush hour commute began as well as hitting northern France and the Netherlands. 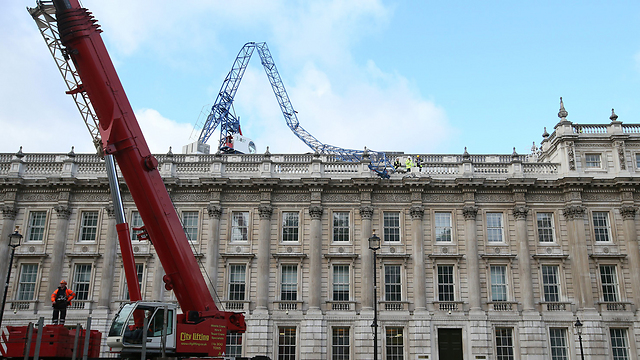 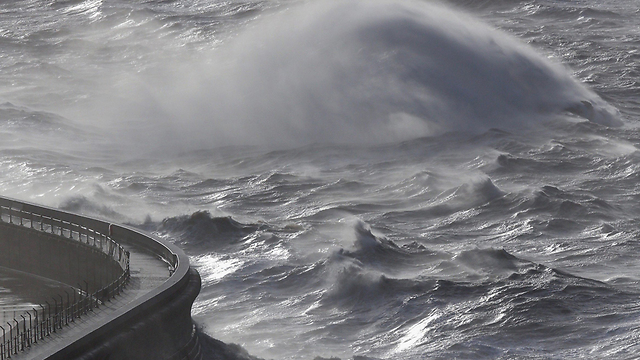 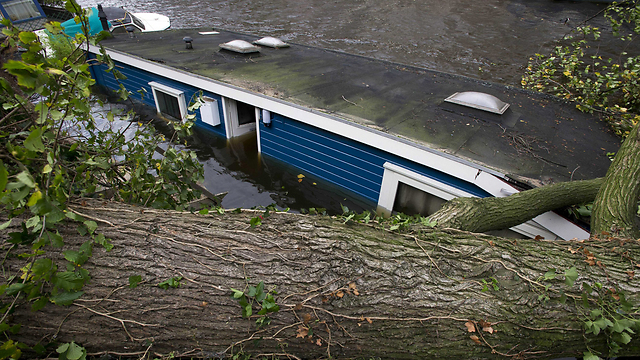 A man and a woman were found dead in west London after several houses were damaged in a suspected gas explosion on a street where the storm blew a tree down. London police said the tree may have damaged gas pipes, causing the explosion.

A crane smashed into the Cabinet Office, a ministry in the heart of London, forcing Deputy Prime Minister Nick Clegg to cancel a news conference.

Thin volumes on London's financial markets suggested many traders had been stuck at home, along with millions of commuters who would normally head into London but were thwarted by train and Tube lines being shut by toppled trees and power failures. 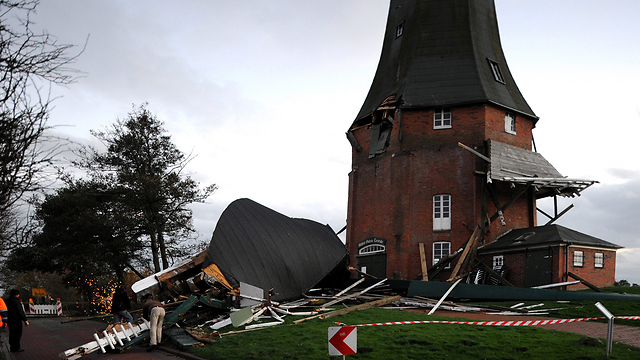 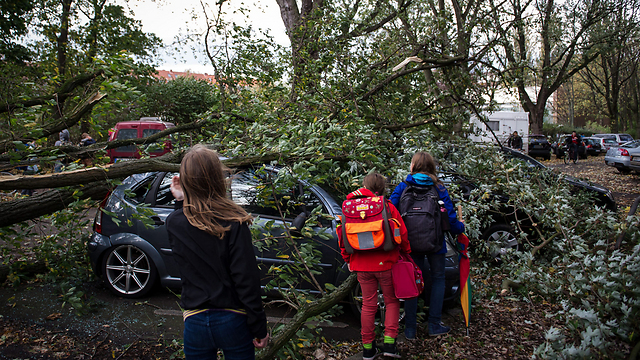 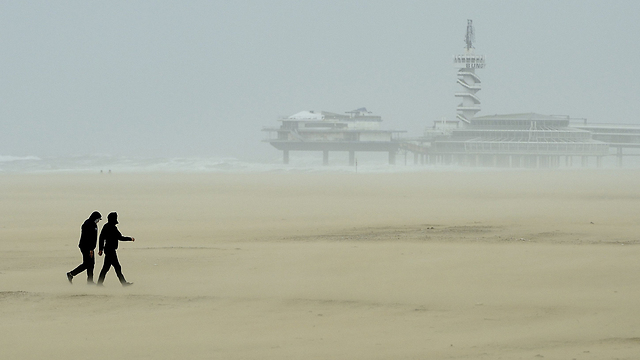 Passenger Nozipho Mtshede said she was going to miss her father's funeral in Zimbabwe due to her flight being delayed eight hours: "I won't make it because they can't keep him so I'll have to miss his burial."

Heavy winds also swept across the low-lying Netherlands, shutting down all train traffic to Amsterdam. Hurricane-force winds of more than 150 kph were recorded on one of the islands off the northern Dutch coast.

Uprooted trees smashed cars, homes and sank a houseboat along an Amsterdam canal. Roofs were blown off buildings and several houseboats were ripped off their moorings, police said.

A woman was killed and two people were seriously hurt by falling trees in the Dutch capital and a ferry carrying 1,000 people from the English city of Newcastle was unable to dock in the port of IJmuiden and returned to sea, RTL television said.

In France, a 47-year-old woman was found dead after being swept out to sea during a cliff walk on Belle Ile, an island off France's northwestern Brittany coast where the high winds generated waves of 5 to 6 metres, local authorities said.

Winds topping 100 kph struck the north and northwest of the country felling trees, whipping up seas and cutting power supplies to around 75,000 homes, according to the ERDF electricity distribution company. 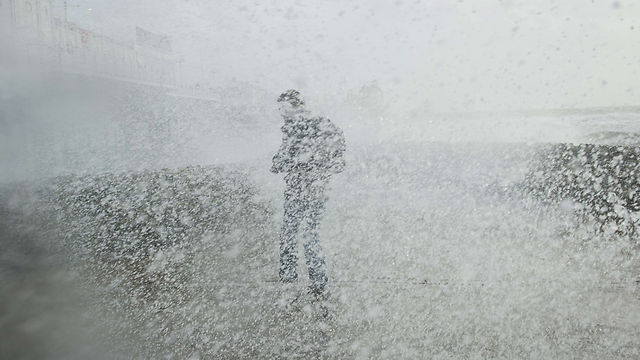 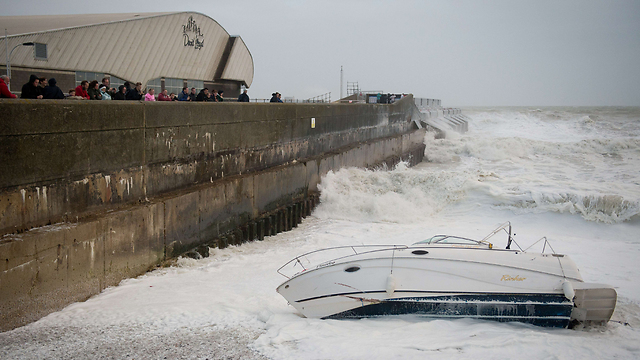 Homes and businesses were counting the cost of the damage as a British Met Office spokeswoman said the worst of the storm in Britain had passed by late morning as it headed eastward.

Some 486,000 properties in Britain were left without power, UK Power Networks said, in one of the worst storms to hit England since the 1987 "Great Storm" which killed 18 people and felled around 15 million trees. By mid-afternoon, 115,000 properties were still without power.

The Association of British Insurers said it was too early to give figures on the insured loss. A storm in Britain in 1987 storm caused 2.2 billion pounds of damage in today's terms (1 billion in 1987 money). The last comparable storm to Monday's was in 2002, a Met Office spokesman said.

"The issue for us will be flooding more than the wind," Philip Moore, group finance director at LV, which insures more than 500,000 British homes, said. "So far it is not as bad as '87."

Gusts - in places above the 33 meters per second classified as hurricane force - battered Scandinavia from mid-afternoon, closing the bridge between Sweden and Denmark and paralysing road and rail transport.

A Danish man was killed in Gilleleje, north of the capital Copenhagen, by a collapsing wall and a woman was injured when she was trapped under a fallen roof in the province of Jutland.

As evening fell there were no reports of injuries in Sweden but widespread reports of property damage. All passenger trains remained halted in southern Sweden until the storm passed.