Some 1,000 Beit Shemesh residents protested in the city Tuesday, for the second time in a week, demanding that suspicions of fraud in the municipal election last Tuesday be probed.

Protesters, both secular and religious, insist that Moshe Abutbul's win in the municipal election was the result of fraud. MKs from Labor and Likud participated in the protest. Eli Cohen, who lost to Abutbul, said he would respect the election results, but first suspicions of fraud must be investigated.

Suspicions of fraud occurred on the day of the elections, when a police raid on two Beit Shemesh apartments produced hundreds of IDs of Israeli residents who are staying abroad, which police suspect were used to vote. 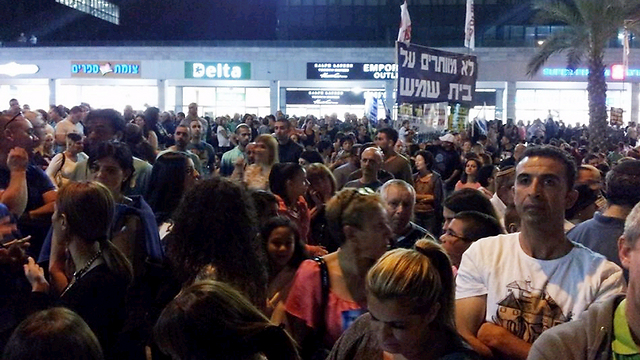 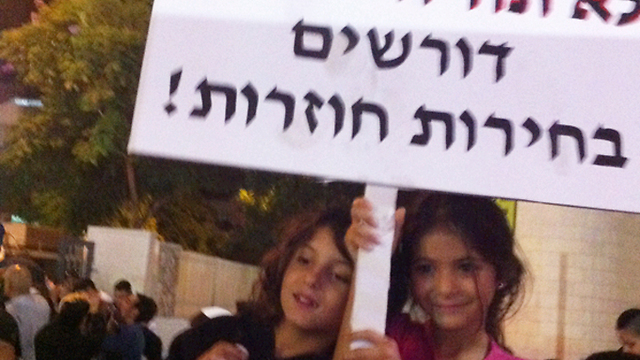 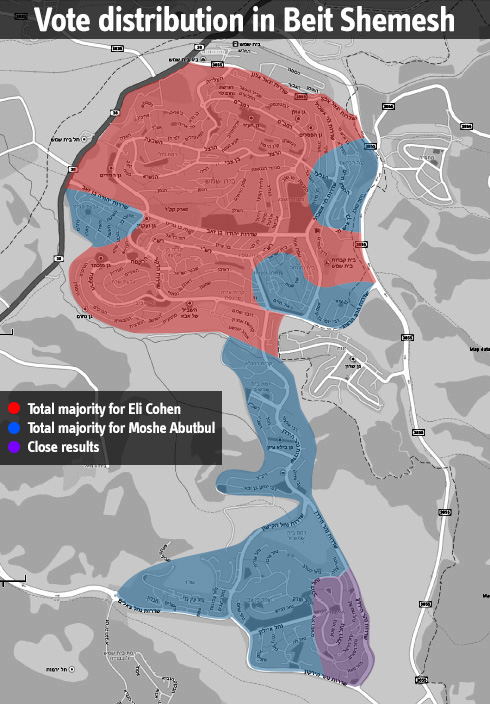 The investigation into the subject, which thus far was handled by the Jerusalem District Police, was transferred to Lahav 433, crime-fighting umbrella organization within the Israeli Police. The unit is tasked with investigating national crimes and corruption.

MK Moshe Mizrahi (Labor), former Head the Investigative Branch in the Israeli Police, spoke at the protest, saying, "This is not how elections are supposed to look. It's a gunshot fire against democracy, and you cannot buy victory. This case is pivotal. We can't leave it open."

Labor MK Itzik Shmuli added, "We will win and there will be reelection held in Beit Shemesh. Keep fighting; we are with you."

Deputy Defense Minister Danny Danon said: "This protest is not against haredim, but for the democratic process and the importance of fair elections – which is an important value in Judaism. The future of tens of thousands of resident cannot be decided through fraud, deceit and lies. We will fight for justice, and if need be – reelections in Beit Shemesh." Cohen supporters, who organized the protest, said that the decision to transfer the investigation to Lahav 433 along with the gag order assigned to the case is indication that suspicions are correct, and may lead to the annulment of the election results. Cohen supporters also said that dozens of residents testified to police about fraud and deficiencies in the voting process. Abutbul beat Cohen, who represents seculars and moderates in the city, by 956 votes on Tuesday. The first protest against his victory was held last Thursday and included 1,500 people. The manager of Abutbul's campaign said in response to the protest: "A small part of the secular public is a sore loser, and is running a journey of incitement that has already caused violence against haredim in the city. The protest is meant to do one thing: Fire up the police, divide the city, plant hatred and fear. The way to reveal claims of fraud is by filing a report to the police. Most suspects were released, which is indicative of a small occurrence of fraud in these elections. I think it's a matter of days until things here settle down, because this is not a city that is characterized by hatred and incitement. There will be no reelection, and even if a few polling stations will hold reelection – it will only benefit us by adding another council member."

Eli Senyor contributed to this article