The LA police reported on Friday that a man opened fire inside Terminal 3 in the International Airport. The man apparently managed to bypass security carrying a gun, and then opened fire, killing one security officer and injuring another. He was then shot and apprehended, and is now in critical condition, after first reported dead by the Los Angeles Times.

The gunman was identified as LA area resident Paul Ciancia, US Congresswoman Loretta Sanchez told CNN. A note was found in the suspect's bag reading: "I wanted to kill TSA and pigs." The Los Angeles Times reported that a preliminary investigation of the shooting reveals the suspected shooter has no links to terror groups.

The event started on 9:20 am WST in the security checkpoint in Terminal 3, near where the British airline Virgin Island's planes are parked.

"An individual came into Terminal 3 of this airport, pulled an assault rifle out of a bag and began to open fire in the terminal," Patrick Gannon, chief of the Los Angeles Airport Police said at a press conference.

According to NBC, a TSA officer was killed in the shooting and another was injured before the gunman was shot and arrsted. 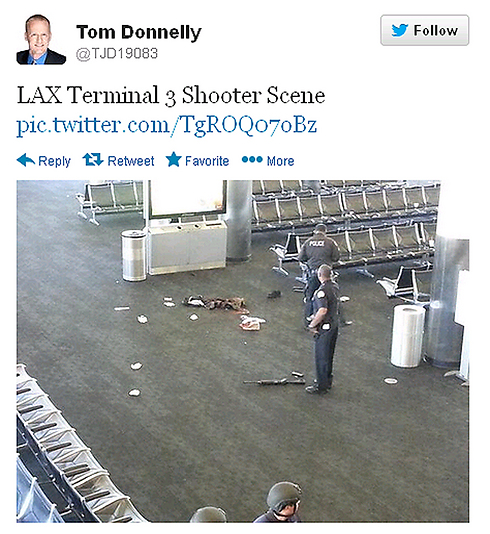 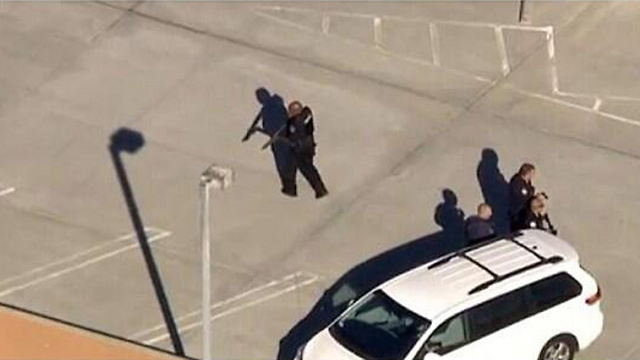 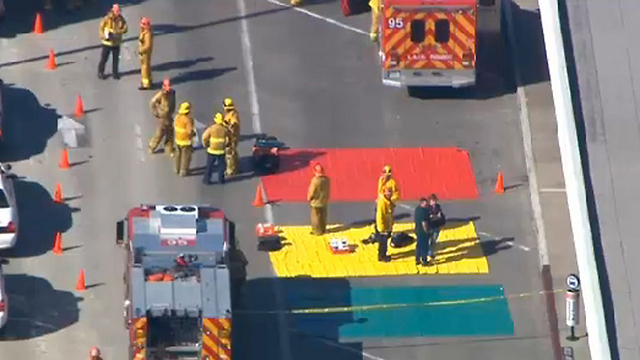 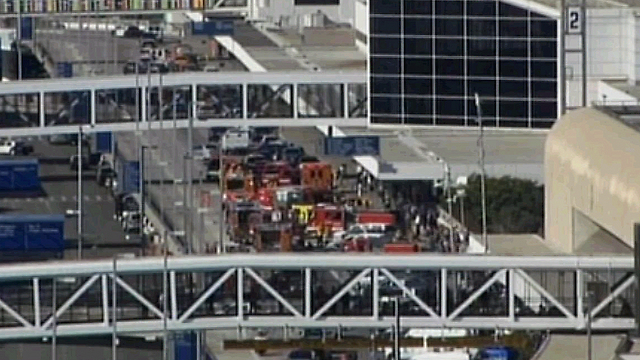 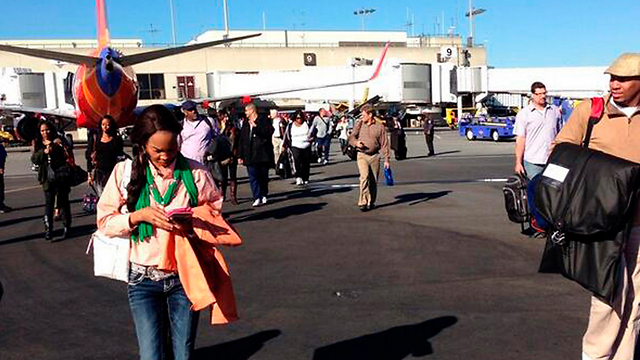 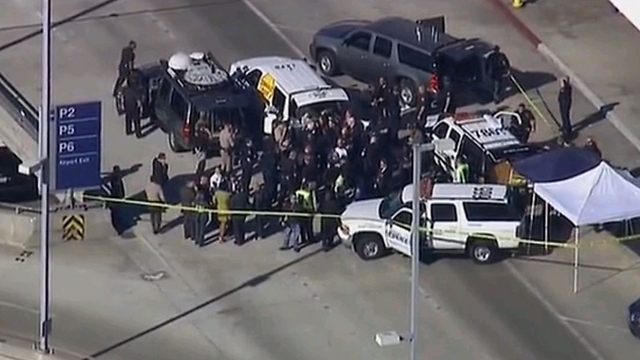 President Barack Obama was briefed on the incident and White House officials are in touch with law enforcement officials on the ground, White House spokesman Jay Carney told reporters.

According to Fox News, Bill Reiter, a writer for FoxSports.com, was at the scene and sent out a tweet: "When gunfire broke out there was a stampede people, all of us hiding under seats we didn't fit under, we burst through the door to outside."

Planes continued to land, but were deferred to an area distant from the scene of the shooting. Outgoing flights have been halted.

'I wanted to kill TSA, pig'

The gunman, identified by law-enforcement officials as 23-year-old Paul Anthony Ciancia, was shot by law enforcement and taken into custody in critical condition.

Ciancia, who acted alone and had no links to terror groups, according to a preliminary investigation, was until recently employed in car repair business in New Jersey.

It is believed he had anti-government views based on written materials he was carrying, the officials said, including a note which read: "I wanted to kill TSA and pigs."

One witness said the shooter, who calmly walking through the terminal with his weapon, approached him with a one-word question.

"All he said was, 'TSA?' Just like that," Leon Saryan told MSNBC.