Day after killing of Hakimullah Mehsud, Pakistani Taliban leader who was on US most-wanted list, organization's leadership chooses his number two, Khan Said, as his successor

The Pakistani Taliban's top council met Saturday to choose a new leader to replace the militant movement's chief, killed in a US drone strike the day before, intelligence officials and commanders in the movement said.

The council voted to promote their number two commander, Khan Said, also known as Sajna, to replace leader Hakimullah Mehsud who was killed in a strike by a US drone, militant commanders and security sources said.

Said is believed to have masterminded an attack on a jail in northwest Pakistan that freed nearly 400 prisoners in 2012 and an attack on a Pakistani air force base in the same year.

The death of Hakimullah Mehsud, a ruthless leader known for attacking a CIA base in Afghanistan and a bloody campaign that killed thousands of Pakistani civilians and members of the security forces, is a heavy blow for the militant group. 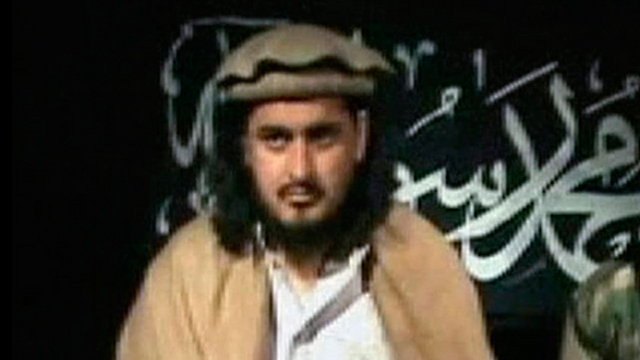 Hakimullah Mehsud (Photo: Reuters)
But the drone strike came as the Pakistan government was trying to negotiate a peace agreement with the Tehreek-e-Taliban, as the militant group Mehsud headed was formally called. Already the strike threatened to worsen US-Pakistan relations as some Pakistani politicians called the strike an attempt to sabotage the peace talks. The Taliban's Shura Council, a group of commanders representing various wings of the militant group from across the tribal region and Pakistan, gathered at an undisclosed location Saturday in the North Waziristan tribal area, the same region where a US drone strike killed Mehsud Friday, said the commanders and officials. Drones were still flying over North Waziristan Saturday. Witnesses in the towns of Mir Ali and Miran Shah reported that Mehsud's supporters were firing at them in anger. 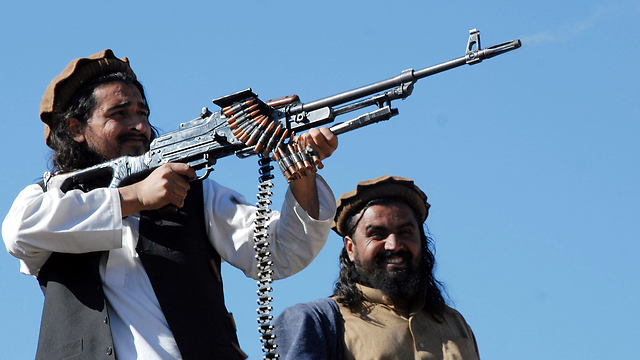 Mehsud in action (Photo: AFP)
Two candidates to succeed Mehsud are Mullah Fazlullah, the Pakistani Taliban chief for the northwest Swat Valley, and Khan Sayed, the leader in the South Waziristan tribal area. The information came from three Pakistani intelligence officials and five Taliban commanders interviewed by phone. Omar Khalid Khurasani, who heads the group's wing in the Mohmand tribal area, is also in the running, said two of the militant commanders. But he was not believed to be a strong candidate. Mehsud and the other four militants killed in the Friday strike were buried Saturday at an undisclosed location, said the Taliban commanders. All the officials and the commanders spoke anonymously because they were not authorized to talk to media. Mehsud was killed in a village outside Miran Shah when multiple missiles slammed into a compound just after a vehicle carrying the militant commander arrived. The other militants killed were identified as Mehsud's cousin, uncle and one of his guards. The identity of the fourth victim is not yet known. Mehsud gained a reputation as a merciless planner of suicide attacks in Pakistan. After taking over as the Pakistani Taliban's leader, he tried to internationalize the group's focus. He's believed to have been behind a deadly suicide attack at a CIA base in Afghanistan and a failed car bombing in New York's Times Square as well as assaults in Pakistan that killed thousands of civilians and members of security forces. Mehsud was on the US most-wanted terrorist lists with a $5 million bounty. He also increased coordination with al-Qaeda and Pakistani militants, such as Lashkar-e-Jhangvi, and funded the group's many attacks by raising money through extortion, kidnapping and bank robbery. "This is a serious blow to the Pakistani Taliban which may spark internal fractures in the movement," said Bruce Riedel, a former CIA officer and adviser to the Obama administration who helped craft the agency's drone campaign. "Since the Taliban are a key al-Qaeda ally it will be a setback for them as well," said Riedel, who now runs the Washington-based Brookings Institution's intelligence project. Pakistani Prime Minister Nawaz Sharif was elected in part on promises to bring peace to the country through negotiations instead of more military operations. Just on Thursday Sharif had said talks with the militants were underway. A senior Pakistani security official said a delegation was to travel to North Waziristan Saturday to convey a message from the government about starting the talks. But the official said the delegation would now not be going. He said the delegation contained no one serving in the government, but refused to share details about who was on it. Mehsud's death will likely complicate efforts by the government to negotiate a peace deal. After the group's number two was killed in a drone strike in May, the Tehreek-e-Taliban fiercely rejected any idea of peace talks and accused the government of cooperating with the US in the drone strikes. In recent weeks the TTP appeared to soften its position but had still made multiple demands for preconditions to any negotiating, including the end of drone strikes in the tribal areas. Popular politician Imran Khan has been one of the most vocal critics of the strikes. His party runs the government in northwest Khyber Pakhtunkhwa province and has threatened to block trucks carrying supplies to NATO troops in Afghanistan unless the attacks stop. Speaking on Pakistan's Dunya TV late Friday, Khan said the US was trying to sabotage efforts to bring peace to Pakistan.

"Now it is proven who is against peace in this country. They will never let peace to come in this country," Khan said. "Whenever there has been any effort for peace and dialogue it has been sabotaged by drone attacks."