In light of negotiations with US, conservative groups in Iran call for continued use of 'Death to America' as official slogan, celebrate anniversary of US Embassy hostage crisis

The Revolutionary Guards, the elite Iranian regime's army, said Saturday they are committed to the slogan "Death to America," chanted at official ceremonies, just days before the 34th anniversary of the storming of the American Embassy in Tehran.

"The slogan Death to America is the symbol of strength and determination of the Iranian nation against the dominance of the United States, which is an oppressive and untrustworthy nation," said the Revolutionary Guards on their official website.

In recent weeks, a debate was launched in Iran on the merits of continuing to chant "Death to America " during official ceremonies, while some relaxation occurred in relations between Tehran and Washington since the election in June of moderate President Hassan Rohani. 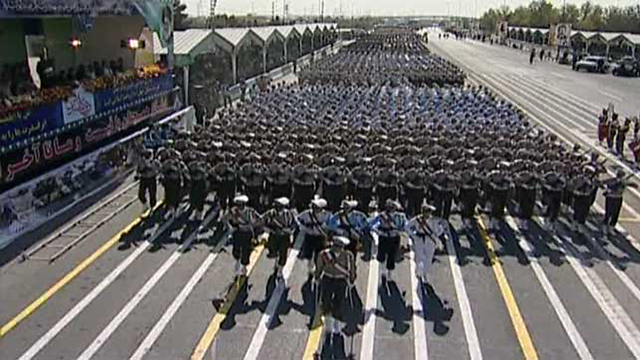 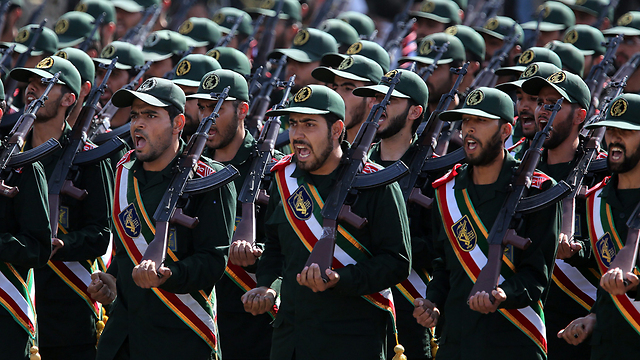 "Telephone espionage by the United States government against the people of other countries are proof that you can not trust the leadership of the White House", the military group said.

The Revolutionary Guards is a military organization that was founded after the Islamic revolution in Iran in 1979, and is directly loyal to Iran's Supreme Leader, Ali Khamenei. It is made up of some 200,000 soldiers and its main role is to protect Iran's Islamic system.

Hard-liners in Iran have unveiled two new "Death to America" songs at the former US Embassy in Tehran, hoping to keep anger high ahead of nuclear talks with Western powers.

They performed the songs Saturday ahead of a planned massive protest Monday to mark the anniversary of the US Embassy takeover in 1979.

Authorities pulled down dozens of anti-US banners and posters around Tehran last week.

The Imam of the Friday prayers in Tehran, Ayatollah Ahmad Khatami, has said that Iran would continue to chant " Death to America " even while continuing negotiations on Iran's nuclear program.

Conservative groups have announced that the celebration of the anniversary of the US embassy hostage crisis in Tehran on Nov. 4, 1979, would be more powerful than in previous years, in response to gestures of rapprochement to the West posed by President Rohani. The "Conquest of the American spy den", as it is known in Iran, was a diplomatic crisis between Iran and the US in which 52 Americans were held hostage for 444 days after a group of Iranian students overtook the US Embassy in Tehran. It led to the severance of diplomatic relations between Iran and the United States. AP contributed to this article