The Interior Ministry and the Population and Immigration Authority have forbidden asylum seekers released from detention as a result of High Court's September ruling, from both living and working in Tel Aviv or Eilat, Ynet learned Sunday. Since the ruling, those released are granted documentation stipulating that they will not work or live in either Tel Aviv or Eilat and that whoever hires them in either of the cities will face penalties.

The Population and Immigration Authority stated that, "The State has the authority and the right to set conditions to the release of infiltrators. The policy is to prevent the entrance of further infiltrators to cities that harbor large populations of infiltrators, thereby avoiding any further burden, as much as possible, to local population."

It is important to note that up until the decision, any asylum seeker released from detention would get documentation that specifically stated it was merely a release permit and not a work permit. Released asylum seekers were therefore not allowed to work at all, thus specifying Tel Aviv and Eilat as cities in which they cannot live or work, is redundant. 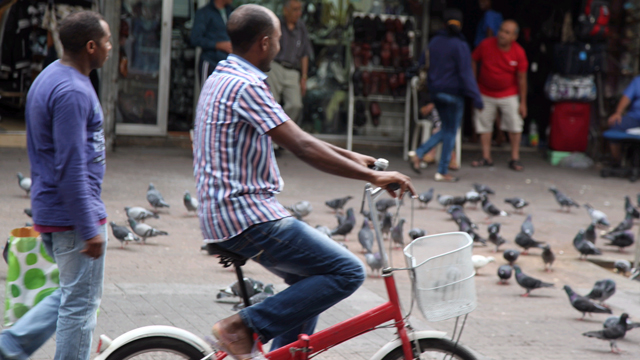 Employers of asylum seekers are de facto not penalized, as Sudanese and Eritrean asylum seekers cannot be deported nor detained, and the State, having no alternative, does not enforce employment violations. Moreover, in January 2011, it was determined that the State would have to give 30-day notice to the High Court before penalizing those who illegally employ asylum seekers. How the new regulation, pertaining specifically to Tel Aviv and Eilat, is to be enforced remains to be seen.

"The government is avoiding the issue of asylum seekers' employment," MK Michal Rozin (Meretz) told Ynet. "Instead of constructing a plan that will resolve the issue of residence and employment and allow tens of thousands of asylum seekers to make a living and relieve the pressure from underprivileged neighborhoods where most are living – they opt for the easy solution of prohibiting employment without finding any real solution."

According to the Population and Immigration Authority, the numbers it submitted to the Knesset's foreign workers committee this month state that as of October, there were 53,636 asylum seekers and infiltrators living in Israel, some 90% of whom are citizens of Sudan and Eritrea. Israel is prevented from expelling citizens of those countries due to international obligations. According to the statistics, since the start of 2013, only 38 asylum seekers have entered the country.

In September, the High Court of Justice ruled that the amendment allowing infiltrators to be detained for three years without trial was unconstitutional and disproportionately harmed the constitutional right to liberty. According to figures provided to the High Court, there were 1,811 infiltrators and asylum seekers held in detention facilities. Since the decision of the High Court against the ammendment, the State was ordered to immediately begin the process of examination and release of detainees. Thus far, the State has reportedly released 143 people, mostly women.

Human rights organizations claim the State is thumbing its nose at the High Court decision. They filed a petition last week against the denial of release and the continued detainment of those still held. The Interior Ministry, however, said the Immigration Authority had begun the examination of individual cases and already released dozens of detainees.