"I can promise Israelis that America will stand by the side of Israel every step of the way," Kerry said. "We believe this is something that is possible, that is good for all, and that it can be achieved. And I will leave here inspired, by being here with Dalia and with members of the family, and most importantly by seeing the symbolism of the turbulence, the earthquake of that moment of violence."

"It should rededicate every Israel to the possibility of a just, and appropriate and fair peace, which protects the security of Israel, guarantees that Israel's security will be protected," Kerry added, "but makes possible for people to live the words of the prime minister – we are destined to live together. And I add: in peace," Kerry said. 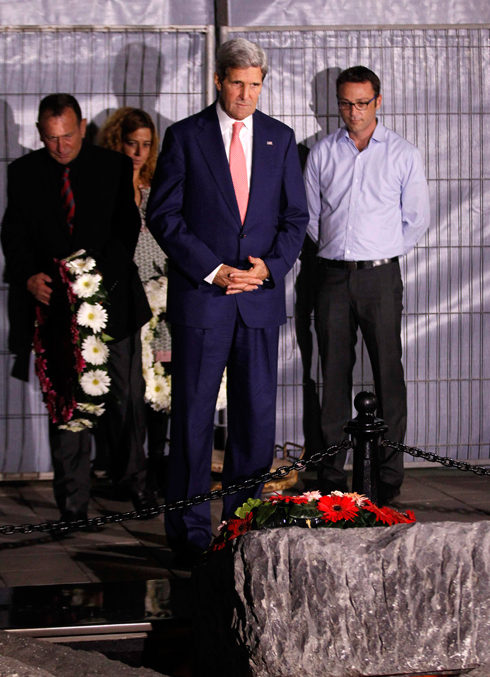 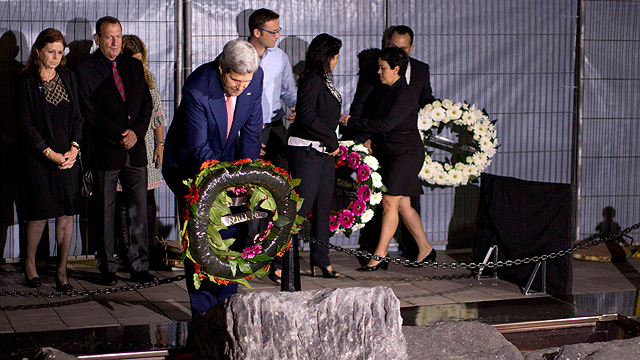 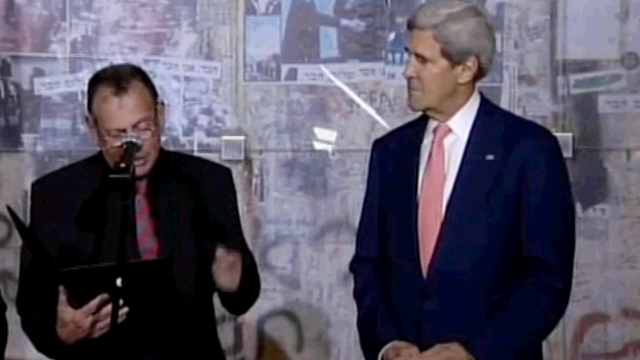 Dalia Rabin, Yizhak Rabin's daughter, spoke at the memorial, saying she was moved and touched Kerry and his envoy came to commemorate Rabin's murder. "Maybe time will tell that there is no other alternative, and we must advance towards what my father tred to do 20 years ago," Rabin said.

"When my father decided we needed peace, with those who were considered the greatest terrorists, he realized we were strong enough to give it a chance. That we're not risking our existence by trying to promote peace. He was aware of every obstacle," she said.

Meir Indor, chairman of the Almagor organization, protested the memorial ceremony, saying, "We're here to protest how Kerry is treating us. We asked to meet him, and he couldn't, but with the murderers and terrorist from Iran he does have time to meet? It's hypocrisy. We think the memorial is hypocritical in its basis. Kerry is unworthy of being where Rabin, who refused to release murderers, was murdered."