Palestinians: Israel the only culprit in Arafat's death

"Israel is the first, the main and the only culprit in the assassination of Yasser Arafat," said Fatah Central Committee Tawfiq Tirawi who heads the Palestinian commission of inquiry into the Palestinian leader's death.

He made the statements during a Palestinian press conference following the publication of a Swiss lab report that determined that Arafat was deliberately poisoned.

"The Russian and Swiss reports strengthen the conclusions of this ongoing investigation," he said. "Arafat did not die of old age or disease. He did not die a natural death." Tirawi explained that the investigation will conclude only when the whole truth is exposed.

Asked to comment on statements by former Israeli premier Ariel Sharon and former Defense Minister Shaul Mofaz that Arafat must be eliminated, he said that the two together with Israel's entire military and defense establishment are responsible for the death. This assertion, he said, was based on "leaders' statements and Arafat phone calls taped by the Israelis."

"The investigation got us very close to the identity of Arafat's murderer. The person who did this will be held accountable," he said.

Abdullah al-Basheer, the Jordanian doctor leading the investigation, said that Arafat did not suffer from a heart condition or any other disease at the time of his death. "We are studying the reports. The Palestinian commission of inquiry also believes that Arafat illness was due to a toxic substance," he said. 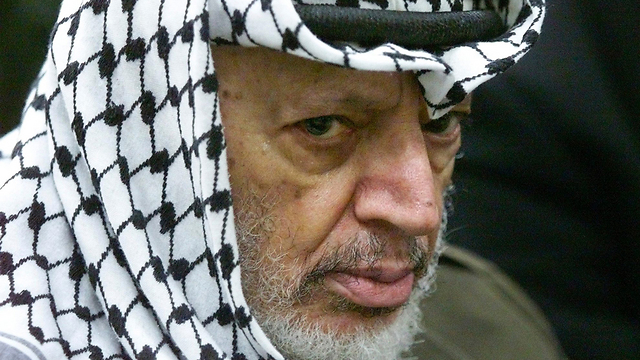 Yasser Arafat 'did not die a natural death' (Photo:AP)

The Swiss lab examined Arafat's remains and his underclothes and a travel bag that he had with him in the days before his death in a Paris hospital and found that the polonium and lead amounts could not be naturally occurring. The timeframe of his illness and death were also consistent with polonium poisoning, they said.

"You don't accidentally or voluntarily absorb a source of polonium – it's not something that appears in the environment like that," said Patrice Mangin, director of the laboratory, on Thursday. He said he could not say unequivocally what killed Arafat.

"Our results reasonably support the poisoning theory," added Francois Bochud, director of the institute, though he was careful to emphasize that lingering questions will require further investigation to answer.

"Can we exclude polonium as cause of death? The response is clearly 'no'," he said. "Was polonium the cause of the death for certain? The answer is no."

The experts found concentrations of polonium 18 times higher than normal in samples, a “significant” result that surprised them. Lead levels were also considered suspicious.