One of the strongest typhoons ever to make landfall churned through the Philippine archipelago in a straight line from east to west and devastated central provinces, killing at least 1,200 people according to the Philippine Red Cross.

The death toll from Typhoon Haiyan is expected to rise as rescue workers reach areas cut off by the fast-moving storm, whose circumference eclipsed the whole country and which late on Saturday was heading for Vietnam.

Roads in the coastal city of Tacloban in the central Leyte province, one of the worst-hit areas, were either under water or blocked by fallen trees and power lines and debris from homes blown away by Haiyan.

Bodies covered in plastic were lying on the streets. 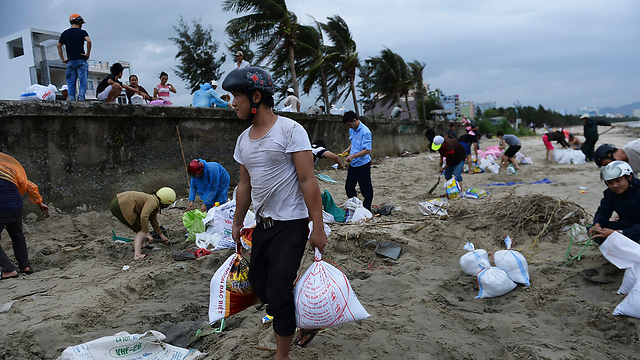 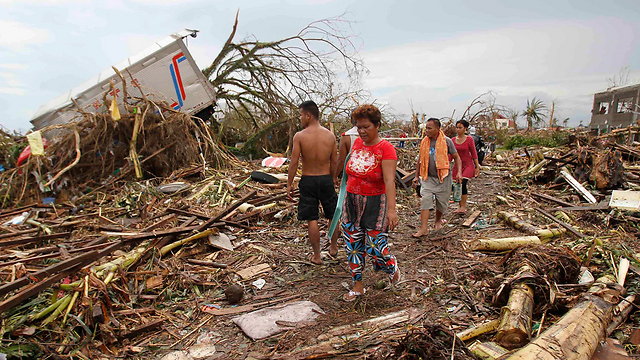 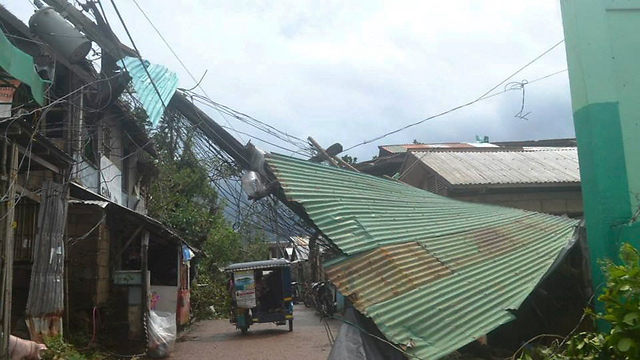 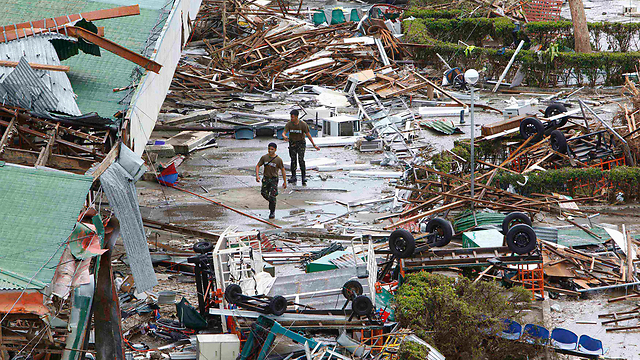 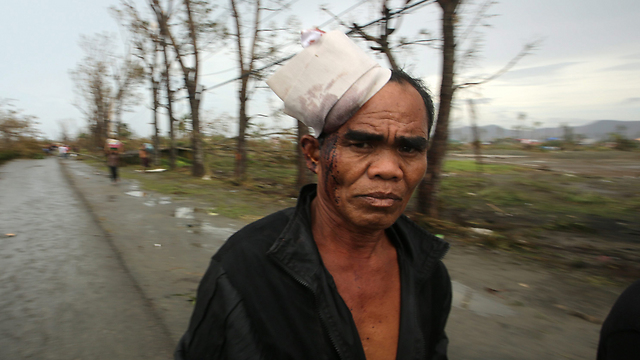 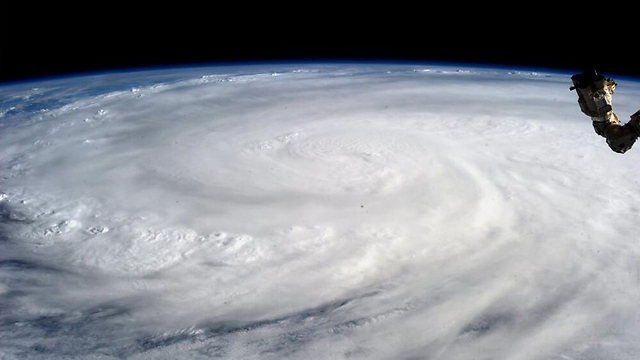 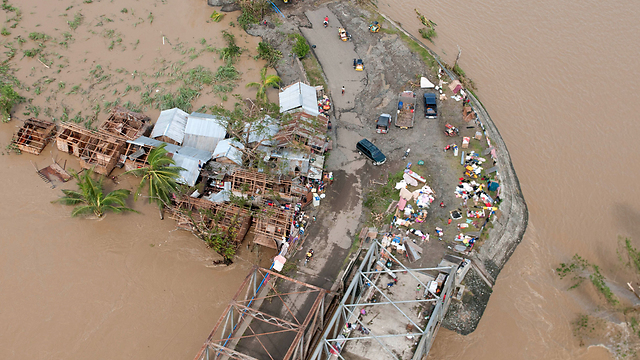 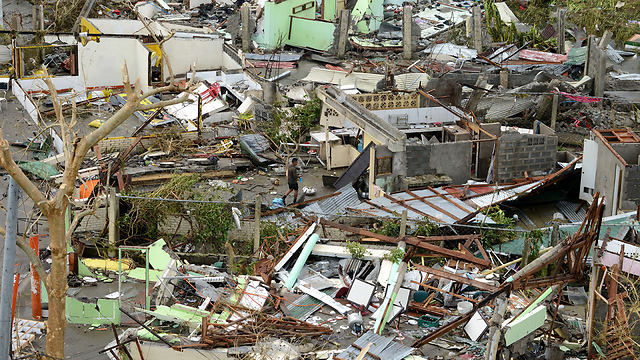 "The last time I saw something of this scale was in the aftermath of the Indian Ocean Tsunami," said Sebastian Rhodes Stampa, head of the UN Disaster Assessment Coordination Team sent to Tacloban.

"This is destruction on a massive scale. There are cars thrown like tumbleweed and the streets are strewn with debris."

The category 5 "super typhoon" weakened to a category 4 on Saturday, though forecasters said it could strengthen again over the South China Sea en route to Vietnam.

Authorities in 15 provinces in Vietnam have started to call back boats and prepare for possible landslides. Nearly 300,000 people were moved to safer areas in two provinces alone - Da Nang and Quang Nam - according to the government's website.

The Philippines has yet to restore communications with officials in Tacloban, a city of about 220,000, but a government official estimated at least 100 were killed and more than 100 wounded.

The national disaster agency has yet to confirm the toll but broken power poles, trees, bent tin roofs and splintered houses littered the streets of the city about 580 km (360 miles) southeast of Manila. The airport was destroyed as raging seawaters swept through the city.

"Almost all houses were destroyed, many are totally damaged. Only a few are left standing," said Major Rey Balido, a spokesman for the national disaster agency.

Local television network ABS-CBN showed images of looting in one of the city's biggest malls, with residents carting away everything from appliances to suitcases and grocery items.

About a million people took shelter in 37 provinces after President Benigno Aquino appealed to those in the typhoon's path to leave vulnerable areas.

"For casualties, we think it will be substantially more," Aquino told reporters.